“Bondage is of the mind; freedom too is of the mind.
If you say ‘I am a free soul.
I am a son of God who can bind me’
free you shall be.”
~ Sri Ramakrishna Paramahansa

“The moment I have realized God sitting in the temple of every human body,
the moment I stand in reverence before every human being and see God in him–
that moment I am free from bondage, everything that binds vanishes, and I am free.”
~ Swami Vivekananda

“All life is an effort to attain freedom from self-created entanglement;
it is a desperate struggle to undo what has been done under ignorance,
to throw away the accumulated burden of the past, to find rescue from the debris left by a series of temporary achievements and failures.”
~ Meher Baba 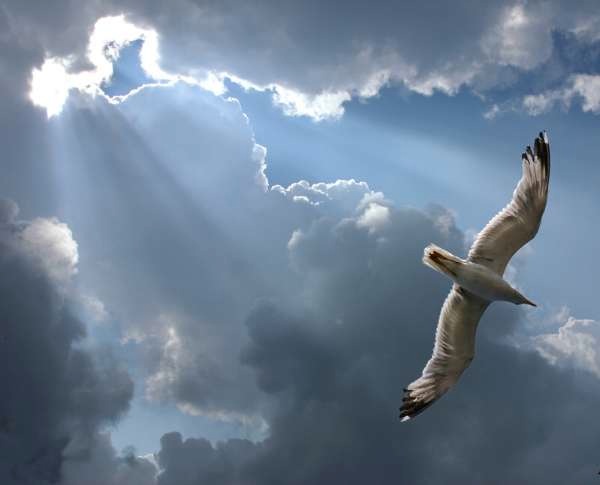 How can we find “freedom”?

Here we define “freedom” as ultimate spiritual Reality beyond thought or ego – beyond human comprehension, imagination, description or belief –
which can only be known experientially, not rationally or mentally.

Mystics say that as long we self-identify only with our thoughts in ever changing space/time/causality reality we are inescapably ‘imprisoned’ in a state of psychological bondage, with inevitable suffering; that we experience ultimate “freedom” only in the present moment – the NOW – as we choicelessly self-identify with timeless universal awareness or spirit immanent in each of us.

Spiritual freedom is an ultimate goal of all perennial wisdom paths. Most people associate “freedom” with personal, political, and economic liberty.  But spiritual freedom is an extraordinarily rare transcendental state which can be inwardly attained even by those who do not enjoy external freedoms, like slaves or prison inmates.

I first deeply reflected on transcendental concepts of “freedom” during the 1950’s on learning of Abraham Maslow’s humanistic psychology theories concerning self-actuated people, and when I read “Escape From Freedom” by German-born psychotherapist Erich Fromm, who endorsed the fundamental importance of not submitting to outer-dictates from an authoritarian societal system that prescribes inauthentic beliefs and behaviors.

Though I’ve always been instinctively inner-directed, after becoming a lawyer I rarely reflected about inner “freedom” until I had a memorable face-to-face exchange with my beloved Guruji, Shri Dhyanyogi Madhusudandas, just prior to his 1980 return to India.

While then residing in my apartment, Guruji told me: “Rasik, a yogi’s body is like a baby’s body. Your body is like a prison. I am like a jailer with the prison key. I come and go as I please.”

Thereupon, I became intensely curious about Guruji’s surprising revelation that my body was “like a prison”. And I wondered how and why ‘I’ was ‘imprisoned’, and how ‘I’ could get out of ‘jail’ – free like Guruji. So I began deeply exploring inner spiritual freedom, as distinguished from personal, political, and economic freedoms.

So Jesus was teaching that we will find freedom (from psychologically self-imposed worldly slavery) only when we transcend entity identity and self-identify as ONE Divine spirit – the kingdom of heaven within – rather than as supposedly separate embodied personalities.

The ultimate possibility of getting out of thoght-jail FREE is explained in the foregoing quotations and essay.  May they encourage our evolution to precious inner freedom, our divine birthright.

Two years ago, we entered an extraordinarily unprecedented “new normal” period of fearful pandemic panic. Billions of people worldwide have fearfully kept socially distant from one-another, wearing government-prescribed masks, or have been locked-down and “sheltering” instead of living normally. Observant Christians and Jews were at times barred from worshiping together at Easter services which memorialized the death and resurrection of Jesus, or at Passover seders (like Jesus’ last supper) which ritually observed the biblical Exodus legend of God’s miraculous deliverance of Jews from slavery in Egypt to seek and find freedom in a ‘promised land’.

Additionally, to address the psycho-spiritual origins of our worldly pandemic panic and fears, I’ve also edited and republished the foregoing posting about finding transcendental inner “freedom”.

Paradoxically, this is a time of both catastrophic threat to Earth-life as we’ve known it, and unprecedented opportunity for a wonderful new era of peace and prosperity. Because pervasive panic and fear precludes us from resolving current quandaries, it is crucial that we now deeply reconsider our life purposes and priorities as sentient Earth beings instinctively seeking political, social, health, and spiritual “freedoms”.

May today’s writings (and embedded gospel music)
inspire and encourage our democratic worldly progress
toward liberty, equality, fraternity and justice for all,
and hasten our fearless inner spiritual evolution,
to a wonderful world where we are