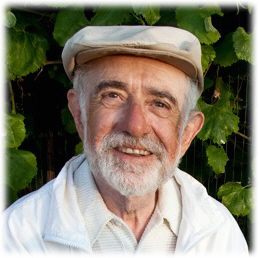 Silly Sutras are the mystical musings and memoirs of Ron Rattner…

Ron Rattner is a self-described ‘student of life’ matriculating on “the Earth branch of the Great Cosmic University”. Although his formal education ended in 1958 (upon his graduation from the University of Chicago law school), he has since then enthusiastically pursued a course of informal continuing education, trying to learn about life from his experiences — both inner and outer. Presently, he is attempting to open ‘inner space’ for new ideas and personal evolution by identifying, questioning and discarding old beliefs, habits and practices which he no longer finds useful. Whereas he once was most influenced by the world’s “great thinkers”, he is now most inspired by the world’s greatest non-thinkers — mystics, intuitives and shamans from Eastern, Western and indigenous spiritual traditions, and those who act authentically and intuitively in secular life. His secular heroes include Mahatma Gandhi and Albert Einstein.

Shortly after graduating from law school, he settled in San Francisco, where he engaged in legal practice. In 1975, during a traumatic divorce, he underwent a profound spiritual awakening, evidenced and followed by  extraordinary mystical experiences and insights. Soon thereafter, he met a venerable Hindu guru, Sri Dhyanyogi Mahasudandas [see photo below], who spiritually initiated him as Rasik [“one engrossed in devotion”], and he became transformed, as he describes it, from being a secular Hebrew to a “born-again Hindu”. Thereafter, his life focus gradually changed from litigation to meditation, as he more and more became interested in spirituality and wisdom of all religions, and less and less in helping people fighting over money.

In 1992, he retired from legal practice and journeyed to India and Italy to pay his respects to Sri Dhyanyogi and to Saint Francis of Assisi, with whom he had developed a deep inner communion.  Thereafter, he returned to San Francisco, living a monk-like life in relative seclusion  for many years. Until 2003, he had no TV or computer to connect him to the “real world” and spent much time alone in his ‘condominium cloister’ praying, meditating, crying, and experiencing various subtle energies and states of consciousness.

During this period of seclusion, he lost interest in organized Hindu or other religious practices, and began questioning rigid religious belief systems and dogma, some of which he had unreservedly accepted.  Thus, he ultimately again became transformed; this time, from being a “born-again Hindu” to an “uncertain Undo”.  Now, he says that “the further he goes the less he knows”; that he’s still an “uncertain Undo” seeking “relief from belief” because “on the path of Undo he’ll never be through until he’s an undone ONE”.

In India in 1992, Sri Dhyanyogi instructed him to write and publish his spiritual memoirs, saying they would “inspire many people”.  After hesitating for eighteen years he is now writing such memoirs and posting them under the Ron’s Memoirs category.

Throughout his many years of solitude he intuitively received and wrote down numerous spiritual aphorisms, essays and poems, which he calls “silly sutras”. Though for many years he has been urged to publish these writings, he hasn’t felt inspired to do so until now.

He hopes his sutras and memoirs will inspire others to reflect on deep perennial questions about who and what we are, and on our life’s purpose and plan, if any. These writings are not offered by him as expressing spiritual truths, but to encourage intuitive and experiential introspection on ideas (often paradoxical) which the reader is free to accept or reject. 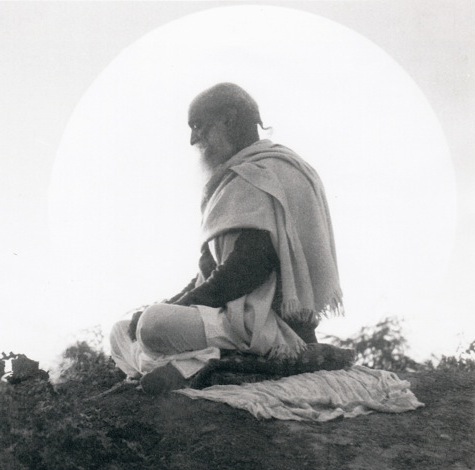