At my death do not lament our separation…
As the sun and moon but seem to set,
in Reality this is a rebirth.
~ Rumi

In order to know through experience what happens beyond death, you must go deep within yourself.
In meditation, the truth will come to you.”
~ Shri Dhyanyogi Madhusudandas

“And it is in dying [to ego life]
that we are reborn to eternal life.”
~ Peace Prayer of St. Francis of Assisi, edited by Ron Rattner

Q: What is death?
A: “Death is a vacation –
Eternal Life-force vacating a transient vehicle –
“a space-time soul suit”
~ Ron Rattner, Sutra Sayings 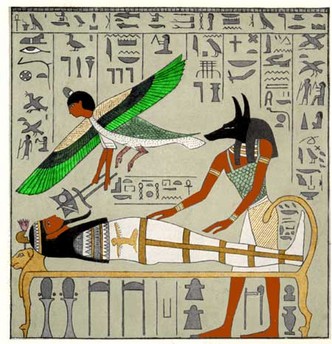 Knowingly or unknowingly most people fear physical death because they self-identify only with their physical bodies, mistakenly believing that bodily death ends life, and they are ignorant of what if anything happens after physical death.

Such fear of death often motivates selfish thoughts, emotions and behaviors, which dim our inner divine light and render us susceptible to subliminal shadow side neurotic, demonic or dark forces – subhuman malignant energies or entities which parasitically polarize, divide and exploit humankind, by provoking selfishness, violence, anger, anxiety, and fear.

Until my midlife spiritual awakening, like most humans I self-identified with only my physical body, its thoughts and story. But then, in my early forties, I had previously unimagined and irreversibly transformative experiences of spiritual self-identity and afterlife, from which I realized that I was not merely my body, its thoughts and story, but eternal and universal awareness. Since then I have been blessed with a wonderful new life period of ever increasing happiness and fulfillment.

The above quotations and sutras, and the following poetic verses about whether birth on Earth is a death sentence, epigrammatically summarize what I have experientially learned about physical death. They are explained in greater detail in comments following the poem.

Is Birth On Earth a Death Sentence?

No matter how we strive,
No body leaves alive.

But we never really die – you see,
Just leave our physicality

To melt and merge with Mystery,
The mystery of Divinity.

Ron’s audio recitation of “Is Birth On Earth a Death Sentence?”

Ron’s comments on “Is Birth On Earth a Death Sentence?”

Knowingly or unknowingly most people fear physical death because they self-identify only with their physical bodies, mistakenly believing that bodily death ends life, and are ignorant of what if anything happens after physical death.

Eminent Greek philosopher Socrates was sentenced to death after being unjustly tried and convicted for allegedly corrupting the youth of Athens. Just before he died of a coerced suicide, by drinking hemlock, Socrates proclaimed that fear of death was fear of the unknown:

Like most other Americans, I was acculturated with an innate but largely subconscious fear of death. Then in my early forties, I had irreversibly transformative experiences of spiritual self-identity and afterlife:

I realized that I was not merely my body, its thoughts and story, but eternal and universal awareness. And I began seeing visions of apparent past lives, and inner and outer appearances of deceased people, including Mahatma Gandhi, my first perceived inner spiritual guide.

Thus, I began accepting Eastern ideas of reincarnation and transmigration of an eternal soul, while gradually losing fear of inevitable physical death. Ultimately I concluded from experience and intuition that cosmically there is no death; that “birth and death are virtual, while Life is perpetual”. (See e.g.Know Death to Know Life; Know Death to Know That There is No Death)

So I’ve shared the foregoing whimsical poem, quotes and comments about birth and death to help remind us that as we lose fear of death we gain ever increasing peace of mind and happiness. And to explain why transcending fear of death is especially important during current polarized and turbulent times.

May we realize that physical death is normal and necessary,
and not to be feared;
that it opens us to ever expanding
new vistas of self-discovery and fulfillment
of our deepest aspirations as eternal souls;
that beyond physical birth and death
we are destined to discover and enjoy
ever increasing inner peace and happiness
until we melt and merge with Mystery,
The mystery of Divinity.