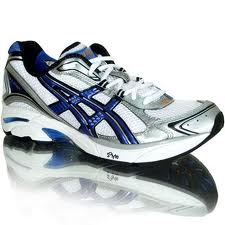 In prior posts I have told how after my spiritual awakening my life became filled with ever more amazing synchronicities, some of which I called “manifestation miracles”. (See https://sillysutras.com/synchronistic-manifestation-miracles-rons-memoirs/ ) Sometimes manifestation synchronicities respecting particular things – like plants – have happened to me recurrently. Here is a story of how the universe repeatedly provided comfortable running shoes for me when I needed them.

On living alone after divorce, I began jogging almost every morning before walking to work. So I started wearing running shoes for the first time. After trying on many different shoe brands, I discovered that New Balance (which were then sold in narrow widths) fit me best. Thereafter, for many years I only bought narrow New Balance running shoes.

But gradually my feet widened and expanded with age. And in 1988, my jogging days were ended when my left leg, knee and ankle were injured in an auto accident. But I kept walking regularly and continued wearing New Balance running shoes to absorb impact of walking on hard surfaces.

After the accident my lower left leg and foot often became swollen. The New Balance shoes then sometimes felt tight around the ankle area, but from habit I continued wearing them without exploring other brands. And I wore different New Balance shoes on different days, with colors matching my clothes.

About seven years ago, I was contemplating replacement of a very worn pair of blue running shoes. But for the first time, I didn’t have to buy needed new shoes.

One afternoon, as I was taking my regular walk toward the San Francisco Marina and Golden Gate, I noticed a pair of almost new blue running shoes on a Marina park bench. (*See footnote) I walked past the shoes without examining them, assuming that they had been placed there for a few minutes by someone who was about to emerge from a boat moored at the adjoining Marina.

But on returning from the Golden Gate Bridge over an hour later, I saw the same blue shoes still on the park bench. After momentarily walking past them, I went over to the bench and examined them with curiosity. They were barely worn Asics shoes, a brand with which I was then unfamiliar.

I looked into the shoes and saw that they were a size larger than I had ever before worn. So I didn’t think they would fit me. But then I placed them beside the shoes I was wearing, and they appeared to be about the same length.

Then, I sat on the bench, tried them on, and found them quite comfortable – even more comfortable around my swollen left ankle than my New Balance shoes. So, I took them home and began wearing them regularly, though I had never before worn a pair of previously owned shoes.

They were much more comfortable than the worn out blue New Balance shoes which they replaced. And the more I wore them, the more I liked them. I liked them so much that I continued obliviously using them for many years, long after their soles were completely worn and uneven.

Then two years ago, I told the story of how the universe had manifested those shoes to Rob Tobias, a singer/songwriter musician and videographer, who is making a documentary film about me called “Walks With Ron”. When I showed him the Asics shoes, Rob expressed amazement that I was still wearing them in such a worn-out condition. Tactfully, he suggested I should replace them. And I realized that he was right; that I needed to buy a new pair of blue running shoes.

But before I looked for a new pair of blue shoes, the universe provided them.

Very soon after Rob Tobias advised me to replace my over-worn Asics, I was returning from an afternoon walk to the SF Municipal Pier when I saw a pair of blue running shoes, which apparently someone had disposed of at a curb-side near my apartment. I picked them up, saw that they were in very good condition, and that miraculously they were Asics, and exactly the same size as the comfortable blue Asics I had found years ago which now needed replacement.

So, I put them in a plastic bag and carried them home. Of course, they proved quite comfortable and I began wearing them regularly. I have so far logged in many miles in those shoes, and am still contentedly using them.

About a year after the universe provided that second pair of blue Asics shoes, I needed a new pair of neutral colored running shoes to wear with brown shade clothes. For many years, I had been wearing a neutral colored New Balance pair with soles that had become completely worn out.

So, I went to a nearby store looking for new neutral colored shoes – either New Balance or Asics. But I didn’t find anything that I liked. I left the store planning to look elsewhere. But soon that became unnecessary.

For the third time the universe presented me with exactly the shoes I was looking for.

Within two weeks, on a ledge near my apartment building, I found an almost brand new pair of neutral colored running shoes. Again they were perfectly comfortable. And again they were Asics – a third Asics “manifestation miracle”. I regularly wear them with pleasure, when not wearing my blue Asics.

I confess that, while I haven’t become blasé about these miracles, I am no longer so surprised when they happen. But, with utmost gratitude, I accept them as signs and reminders that I am living a very lucky and blessed life, and becoming ever more harmonious with Nature and ‘in-sync’ with the unseen implicate order of the universe.

*The shoes were located very near the same place where I later fortuitously discovered (in a dumpster) a rare video showing my 1982 trip to India. See https://sillysutras.com/synchronicity-story-miraculously-manifesting-memories-of-a-spiritual-pilgrimage-to-india-and-nepal/