“The most beautiful and most profound experience is the sensation of the mystical. …To know that what is impenetrable to us really exists, manifesting itself as the highest wisdom and the most radiant beauty
which our dull faculties can comprehend only in their primitive forms this knowledge, this feeling is at the center of true religiousness.”
~ Albert Einstein – The Merging of Spirit and Science 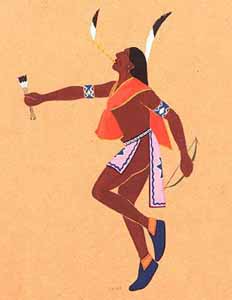 Following my April, 1976 rebirth experience, and before meeting my spiritual master, Shri Dhyanyogi, I began having extraordinary clairvoyant experiences, including precognition and seeing apparent ‘past lives’ and scenes.  So I started wondering what was happening, and how it was possible.

My first memorable apparent precognitive experience happened in the Yosemite Sierras.  Soon after my previously described transformative vision there of “ten thousand suns” (see Beholding The Eternal Light Of Consciousness), I climbed to a Yosemite mountaintop.   After reaching the summit and viewing the magnificent alpine panorama, I rested sitting on a large granite rock with eyes closed.   Soon I had a fleeting movie-clear inner vision of four people unknown to me.   Twenty minutes later those four people climbed onto the summit.

Though I experienced this event as a precognitive vision, it might be regarded by some psychic researchers as an instance of “remote viewing” whereby I clairvoyantly viewed forms distant from my physical body.  In all events, it was then an unprecedented experience for me, significantly undermining my Newtonian linear world-view about space/time.

Shortly after returning to San Francisco from Yosemite, I had another extraordinary precognitive experience which could not be considered contemporaneous “remote viewing”.   Just before awakening one work-day morning, I beheld an extremely vivid inner image of a blue-eyed blond woman who I’d never before seen.  Quite puzzled I wondered who she was and why I saw her.   Those questions were answered a few days later.

Alone and lonely on a Saturday evening, I searched a newspaper’s weekend event calendar for something to do.   There I learned that a Tibetan bell concert was about to happen in an auditorium not far from my apartment.   Though I’d never before heard Tibetan bells, and then knew nothing about Tibetans, this concert seemed interesting.  So I made a last-minute decision to attend.

There were no reserved seats, and by the time I arrived the only remaining seats were on a small balcony far from the stage, where I sat down waiting for the concert to begin.  After a few moments, I noticed the person already seated immediately to my left.   It was undoubtedly the woman who had appeared in my vision a few days earlier.  She was a yoga teacher with whom I soon had a brief but very important romantic relationship – virtually my last romance before becoming almost totally abstinent for the remainder of my adult life – so far.

That precognitive vision (soon followed by more such visions) convinced me that serial time perception can be synchronistically transcended in “altered” states of awareness.  (But my most significant learning from that relationship involved esoteric subjects other than precognition, which I will  later discuss.)

In addition to apparent precognitive experiences I had various spontaneous “inner movie’ visions of scenes from other lifetimes of someone other than Ron Rattner, with whom I self-identified.   Also, under hypnotic regression, I experienced details of apparent other lifetimes in Caucasian, Asian, African, and Native American male and female bodies during two past life sessions with a prominent past lives and reincarnation researcher and hypnotherapist, Helen Wambach, PhD.

Perhaps the most vivid and surprising other life experience happened quite unexpectedly and spontaneously while I was at a lecture in a spiritual bookshop on Sutter Street, San Francisco.  Together with John Rubel, a long-time friend since high school, I attended a program about prenatal experience, which featured sounds recorded in utero of a fetal heartbeat and of the fetal environment, played through a loudspeaker.

As I sat listening to these hypnogogic intrauterine sounds, I was suddenly transported back to an apparent other lifetime, vividly envisioning myself as an indigenous native American man ecstatically dancing and singing to the beat of tom-toms.

Apart from my own extra-temporal spiritual experiences, during this period in “Be Here Now” I also read credible stories about the amazing prescience of Ram Dass’s Hindu guru, Neem Karoli Baba.   And I learned from other readings that some mystics have the apparent power to see past lifetimes.

So, as my spiritual mystery story unfolded, I wondered whether some spiritually evolved beings might have extraordinary extra-temporal powers of clairvoyance unexplained by our conventional ideas of space-time reality.

Ultimately, I was soon blessed by meeting such a being with whom I learned that this was so.