As we lose our fear of leaving life,
we gain the art of living life.
~ Ron Rattner, Sutra Sayings

“For anything that men can tell, death may be the greatest good that can happen to them: but they fear it as if they knew quite well that it was the greatest of evils. And what is this but that shameful ignorance of thinking that we know what we do not know?”
~ Socrates

“People have a hard time letting go of their suffering.
Out of a fear of the unknown,
they prefer suffering that is familiar.”
~ Thich Nhat Hanh

Love is what we were born with.
Fear is what we learned here.
The spiritual journey is the relinquishment – or unlearning – of fear and the acceptance of love back into our hearts.
~ Marianne Williamson

In silence sweet
we shall see
that everything is light.
And thus we’ll learn in perfect peace
there’s naught to fear but fright.
~ Ron Rattner, Sutra Sayings 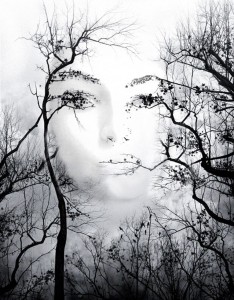 The higher we go
the more we know,

That our highest highness
is our common “I-ness”.

Did you know that most humans – individually and societally – fail to achieve their highest potentials and suffer unnecessarily because of mistaken fear of the unknown  – especially fear of inevitable bodily death?

Eminent Greek philosopher Socrates was sentenced to death after being unjustly tried and convicted for allegedly corrupting the youth of Athens. Just before he died of a coerced suicide, by drinking hemlock, Socrates proclaimed that fear of death was fear of the unknown.

Countless survivors of what we call near death experiences, credibly report vastly transformed, happier and more fulfilling lives following experiential realization that bodily death does not end life; that in dying to physical life we can be ‘reborn to eternal life’.

By identifying only with our mortal physical bodies we think that we are entities “condemned” by nature to inevitable bodily death. And we don’t know what will happen to us upon such death. So, we become afraid of dying; of giving up the known for the unknown. And futilely we try to ‘protect’ ourselves by psychologically denying inevitable demise of our ephemeral physical forms.  So our lives are often marked by suffering from conflicts and problems which disturb our peace of mind and awareness of our eternal at-one-ment with Nature.

Yet it is possible for us to transcend suffering from fear of the unknown. We can realize that we are much more than our unique physical forms or our thoughts; that our ultimate common essence is immortal.  Realizing this, we can begin more and more to self-identify with our common immortal awareness, rather than our ephemeral forms and thoughts; and gradually we can expand our perceived boundaries, so to ever evolve ’til these boundaries dissolve.

Thus, we can more and more live with less and less anxiety, fear and worry. Though in this life we may never totally transcend ephemeral entity identity, often we can just be at peace in the present – as thoughtless immortal awareness – NOW.

May the foregoing Ascension Apprehension verses and quotations help us realize that “the only thing we have to fear is fear itself.”
And thereby may they inspire our discovery together of ever less fearful
and ever more fulfilling lives.

May we –
Individually and societally –
Lose illusory apprehensions
and achieve fated Ascensions
To timeless New Dimensions
of Eternal Life, Light and LOVE.
Ever NOW!