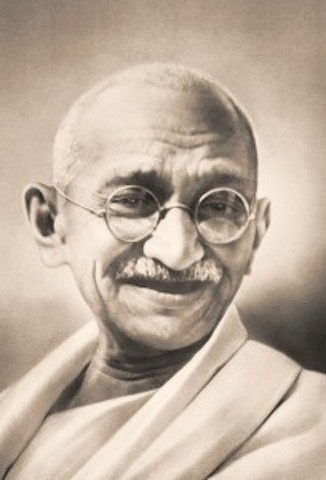 Mohandas K. Gandhi was born in India on October 2, 1869, one hundred fifty three years ago. He came to be known and loved by the Indian people and worldwide as “Mahatma”, an honorary Sanskrit term meaning “Great Soul”, like the term “Saint” in Christianity.

“Prayer has saved my life, without it I should have been a lunatic long ago. I feel that as food is indispensable for the body so was prayer indispensable for the soul. I find solace in life and in prayer. With the Grace of God everything can be achieved. When His Grace filled one’s being nothing was impossible for one to achieve.”

“Those who say religion has nothing to do with politics,
do not know what religion is.”

“In the dictionary of the seeker of truth there is no such thing as being ‘not successful’. He is or should be an irrepressible optimist, because of his immovable faith in the ultimate victory of Truth, which is God.”