“The hurt that we embrace becomes joy.”
~ Rumi

“Suffering, cheerfully endured, ceases to be suffering and is transmuted into an ineffable joy.”
~ Mahatma Gandhi

“Acceptance of the unacceptable is the greatest source of grace in this world.”
~ Eckhart Tolle

“Surrender, one could say, is the inner transition from resistance to acceptance, from “no” to “yes.” When you surrender, your sense of self shifts from being identified with a reaction or mental judgment to being the space around the reaction or judgment. It is a shift from identification with form–the thought or the emotion–to being and recognizing yourself as that which has no form–spacious awareness.”
~ Eckhart Tolle

“This is the miracle. Behind every condition, person or situation that appears bad or evil, lies concealed a deeper good. That deeper good reveals itself to you, both within and without through inner acceptance of what is. “Resist not evil” is one of the highest truths of humanity.”
~ Eckhart Tolle 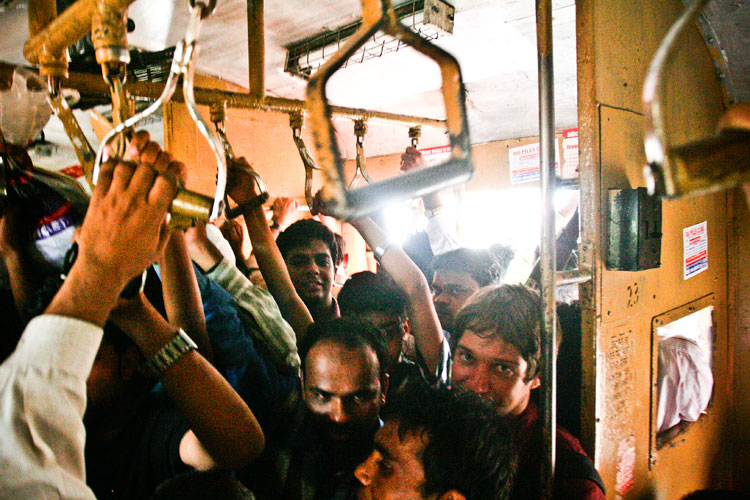 In January, 1992, just after my retirement as a San Francisco litigation attorney, I journeyed to India to pay respects to my then one hundred fourteen year old beloved Guruji, Shri Dhyanyogi Madhusudandas, and thereafter to visit my daughter Jessica who – known as “Yogini” – was living an ascetic life on Ammachi’s ashram in Kerala.

During my six week stay in India, I was blessed with many wonderful spiritual experiences with Guruji, and with other holy people and places. But, apart from my brief visit with Guruji, [See https://sillysutras.com/introduction-to-rons-memoirs/] my most memorable and instructive spiritual experience happened unexpectedly on a commuter train to Bombay (now Mumbai).

By that time – sixteen years after my mid-life spiritual awakening – I had already learned from my traumatic divorce that life’s most painful and difficult experiences can prove disguised blessings. Suffering extreme sadness from unexpectedly being separated from my two young children – the most psychologically traumatic time of my adult life – had triggered my spiritual awakening process. A broken heart had opened my heart to new ‘realities’ and sparked a crucial new evolutionary period of spiritual self awareness and self inquiry – a tremendous blessing!

And prior to 1992 I had learned experientially and from many spiritual teachings the importance of spiritual surrender – of giving up imagined control and of letting go to go “with the flow”. For example, during a presumed 1979 ‘near death’ experience, when I mistakenly thought I was dying from a stroke, by watching within without resistance to presumed imminent death, I had an unforgettable inner experience. [ See https://sillysutras.com/my-near-death-experience/ ] But it is much easier to say “go with the flow” or “let go and let God” or “leave it to The Lone Arranger” than to practice that wise advice – especially when you are suffering. Except for very rare beings, like Guruji, we are all in the process of ‘undoing’ and letting go of who we think we are, to thereby realize what we really are – Divinity incarnate.

My Bombay commuter train experience proved an important demonstration of how accepting “what is” can bring great blessings, and how the blessings of letting go of ego, can be triggered by extreme pain and suffering.

At the end of January 1992, I flew from San Francisco to Bombay, India [ now Mumbai] with my friends Pundit Pravin Jani, father of Shri Anandi Ma, Guruji’s successor, and Kusuma, Guruji’s former cook and translator. We were also honored to be accompanied by Shri Swami Shivom Tirth, a respected Indian shaktipat guru who, as successor to Swami Vishnu Tirth, headed India’s largest shaktipat lineage with several ashrams. We had known and learned from Swami Tirth for a few years before our trip to India and greatly honored and respected him.

With Pravinji and Kusuma as companions, I planned on visiting Guruji, who was then in Ahmedabad, the largest city in Gujarat State. However, our visit was delayed until after my Indian friends first attended to other personal matters. 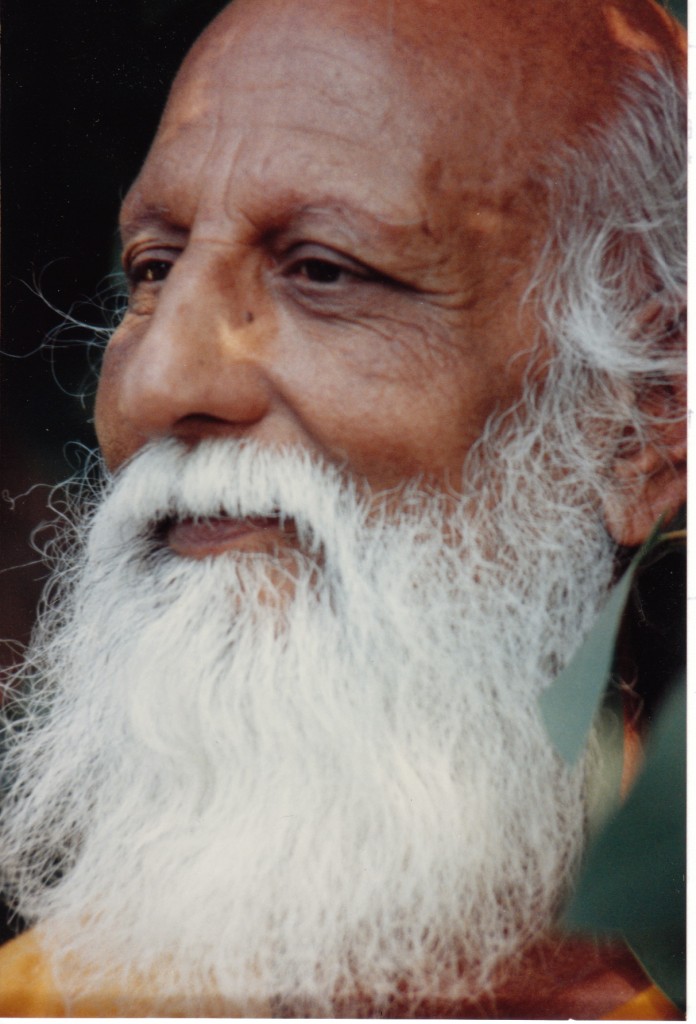 So Swami Shivom Tirth invited me to stay with him at his Bombay area ashram, until I was ready to fly to Ahmedabad. Gratefully, I accepted his kind invitation and was granted the honor and privilege of staying with him in his private quarters, rather than in the general ashram housing area.

Soon after my arrival at the ashram, Swami Tirth told me that he had arranged a special sight-seeing excursion for me to view legendary seventh century Hindu and Buddhist temples in rock-cut caves on Elephanta Island in the Bay of Bombay; that a senior Bombay area swami was to be my guide and companion on the excursion; that I was to meet him – in a few days – in central Bombay, where we would get ferry boat transportation to the island.

At the ashram it was very hot, so I wore light white clothes and sandals, instead of shoes. Before my scheduled tour day I suffered a wound on my left foot, which became infected. Despite first aid, the infection grew and became increasingly more painful. On the day of my scheduled tour I awakened with a very sore left foot. Nonetheless I was determined to see the Elephanta Island caves and relics.

So I walked to a nearby train stop, to catch a morning commuter train into central Bombay where I would meet my Swami tour guide. Instead of wearing sandals which were inappropriate for hiking on the rocky island paths, I was obliged to use shoes. It was a very hot day, with morning temperatures already approaching 100º fahrenheit.

My feet expanded as I walked to the train stop in the heat, and the already painfully infected left foot began aching more than ever before as I reached the train stop. Within fifteen minutes, the Bombay commuter train arrived, and stopped for boarding passengers. But there were no seats, and not even standing room in the vestibule. Yet in order to get to central Bombay on time, I needed to board that train for a forty minute ride.

Somehow I squeezed into the vestibule, which was already so filled with people that there wasn’t even an accessible pole or strap to hold for balance. People were packed in like sardines, and I was virtually unable to move. I stood there in the intense heat with excruciating pain that seemed to have become unbearable. But I could do nothing about it. Whereupon, suddenly and unexpectedly I had a radical change of attitude; I stopped resisting and stopped thinking how terribly I was suffering, and mentally accepted the situation just as it was.

With a surrendered and stilled ego/mind no longer resisting the intense heat, crushing proximity of sweaty human bodies, and excruciating pain, all at once I experienced an extraordinary and unforgettably indescribable state of extreme bliss which persisted for the remaining thirty minute train ride into central Bombay.

Even after that bliss state abated in Bombay, I was able to peacefully enjoy my tour to Elephanta Island because I was no longer resisting the pain in my foot.

The Bombay commuter train experience of transmuting agony to ecstasy has proven an invaluable lesson for this entire precious lifetime. It showed that by giving up and surrendering all we think we are we may gain deep experience and insight of what we really are; that it is in dying to ego life that we are reborn to eternal life; and, that such letting go of ego entity identity is perhaps our ultimate purpose in this precious human lifetime.