“Imagination is everything.
It is the preview of life’s coming attractions.”
~ Albert Einstein

“You may say that I’m a dreamer
But I’m not the only one
I hope someday you’ll join us
And the world will live as one”
~ John Lennon, “Imagine”

“Is all that we see or seem
but a dream within a dream?”
~ Edgar Allen Poe

“Your thoughts create reality. The most pragmatic way to create world peace is to use your power of visualization. Think Peace, Act Peace, Spread Peace, Imagine Peace. Your thoughts will soon cover the planet. The most important thing is to believe in your power. It works.”
~ Yoko Ono

“Faith is a light of such supreme brilliance that it dazzles the mind and darkens all its visions of other realities;
but in the end when we become used to the new light,
we gain a new view of all reality transfigured and elevated in the light itself.”
~ Thomas Merton

“Faith is the highest passion in a human being.
Many in every generation may not come that far,
but none comes further.”
~ Soren Kierkegaard

“Faith is different from proof;
the latter is human, the former is a gift from God.”
“The heart has its reasons that reason does not know.”
~ Blaise Pascal

“Faith—in life, in other people, and in oneself—is the attitude of  allowing the spontaneous to be spontaneous, in its own way and in its own time.”  . . .
“Faith is, above all, open-ness—an act of trust in the unknown.”
~ Alan Watts 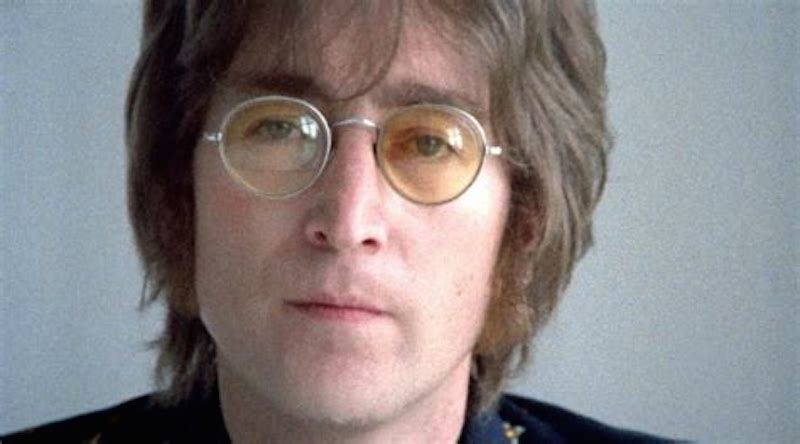 The above quotations about imagination and faith, and the following poetic sutra-essay and embedded videos, are posted as a tribute to departed hero John Lennon, on his October 9, 82nd birthday anniversary. John’s lasting legacy as a charismatic and visionary populist leader who imagined a peaceful planet fulfilling our common needs, is explained in comments after the essay/poem.


Envisioning a Better World
~ With Imagination and Faith


Just as dreamers ‘create’ their dreams,
together we are a ‘dream-team’,
dreaming our world into being;

Together, we are awakening to the greatest “secret of secrets”:

That we are not mere powerless perceivers of our “reality”,
but also its co-creators –

That we interdependently co-create our reality with our imagination, thoughts, words and deeds;

That everything we think, do or say changes our world in some way;

That our worldly “reality” depends upon the light of awareness with which we envision, experience and co-create it.

As we are awakening, we are discovering our true nature as Infinite Potentiality, and we are becoming infused with abiding faith in Nature and our Self, and in the impenetrable Mystery beyond every form or phenomenon.

As we are awakening, we are also discovering that our great gift of imagination can immeasurably help us live harmonious, creative, and loving lives.

We are learning – as Einstein taught us – that
what we imagine is “the preview of life’s coming attractions.”

So, as we awaken with abiding faith and love,
together let us “imagine” – like martyred hero John Lennon – that

“Someday …. the world will live as one”.

AND SO SHALL IT BE!

Ron’s Comments on “Envisioning a Better World
~ With Imagination and Faith”:

The foregoing poetic sutra-essay is a tribute to departed hero John Lennon, on his 82nd birthday anniversary. Lennon – like Dr. King and Malcolm X – was martyred at age forty at the pinnacle of his powers, but he bequeathed to us a lasting legacy of unrelenting aspiration and inspiration for planetary peace and love.

Recent US presidential election politics have revealed that most Americans are justifiably dissatisfied with US empire policies and economics; that they especially object to extreme economic inequality, unjustly favoring the super-rich 1% at the expense of almost everyone else, caused by an ever warlike imperial government with much more hypocrisy than democracy.

John Lennon was and remains a charismatic and visionary populist leader who imagined a peaceful planet fulfilling our common needs and deepest desires for a radically new era when our “world will live as ONE.”

Lennon recognized that whatever our political, cultural, generational, or geographical labels or perspectives, we all share overriding common needs and aspirations.  That as Humankind we share the same web of life, the same precious Earth ecology, the same aspirations for health and happiness and for just and loving societies serving basic needs of all life on a peaceful planet.

To honor John Lennon on his 82nd birthday, I’ve embedded below two live performances of John singing “Imagine”, plus written lyrics. As we listen to him projecting our heartfelt aspirations, let us join together with faith, to envision and co-create a wonderful new era when our “world will live as ONE.”