“Listen To Your Soul:
You have to grow from the inside out.
None can teach you, none can make you spiritual.
There is no other teacher but your own soul.”
~ Swami Vivekananda

“Neither a master nor a servant be.
Abjure control by or over others.”
~ Ron Rattner, Sutra Sayings 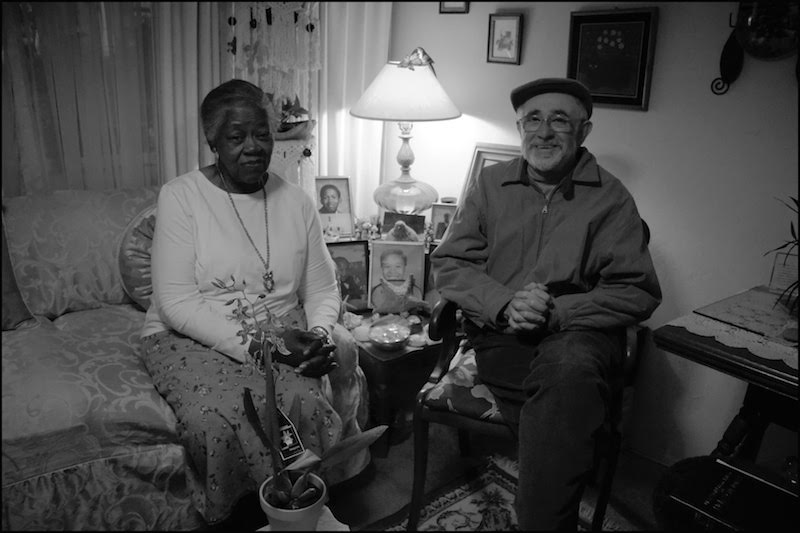 From Sympathy to Empathy ~ Ron’s Memoirs

On studying law over sixty years ago, I began learning that direct experiential evidence is superior to indirect circumstantial or hearsay evidence; and as a practicing lawyer (mainly motivated by social justice ideals) I always prioritized direct perceptual evidence. Twenty years later, as a busy secular lawyer who became a “born-again Hindu”, I also became motivated by a newly discovered “spiritual goal” often called Self-Realization – a spiritual goal of knowing oneself as indescribable universal LOVE by meditative direct inner experience.

Now at almost age 90, I remain deeply motivated to help inspire others spiritually, as an elder on the path to Self-Realization. So (to honor my Guruji’s request) I’m continuing to publish spiritual memoirs.

Previous postings tell how (through possible pre-destiny) life gives us whatever experiences or relationships are most helpful for our spiritual evolution to Self-Realization.

This memoirs chapter explains how I synchronistically learned from Ida M. Logan, a former housekeeper and long-time spiritual friend, that we learn empathy for bereavements and hurts of others only by our own similar direct life experiences.

Long ago I intuited that every human Earth-being is a Divine soul experiencing seemingly separate and individual lifetimes to attain Self-Realization by learning from life experience.

I concluded that through earth-life behaviors all humans may attain Self-Realization regardless of whether they’re religious, if they lovingly devote themselves to giving, not getting; to helping, not harming all beings (not just humans).

And I’ve learned that virtually all enduring ethical, religious, and spiritual traditions emphasize loving behavior through what is commonly called the Golden Rule of reciprocal empathy for other creatures and people. Therefore I believe we’ve chosen to incarnate on Earth to learn to live with heartfelt empathy.

Ida M. Logan as my friend and empathy teacher

Soon after we moved to San Francisco in 1960, my former wife Naomi hired Ida M. Logan as a weekly housekeeper of our rented apartment. Later, beginning in 1966 after births of our daughter Jessica and son Joshua, Naomi also engaged Ida Logan to be our children’s ‘nanny’ on days when Naomi was busy working as a college English teacher.

All these household employment arrangements were made by Naomi, and as a lawyer working away from home, I had little contact with Ida Logan. But I learned from our children that they loved Ida very much.

My direct relationship with Ida Logan began when I moved into my present high-rise apartment over forty years ago. I engaged her as a weekly housekeeper on days of her choosing, while I continued working in a law office. And our face to face contacts were still minimal.

But that changed when I began working at home to close out a few remaining law cases before retiring at age sixty. Then Ida and I regularly met and often had friendly philosophical conversations about religious subjects. And I developed great respect and appreciation for her intelligence, elevated attitude and wisdom learned from life.

Ida was born on February 20, 1927 and lived over ninety years until October 12, 2017. Of African ancestry, she lived in race-segregated Mississippi until the 1950’s or 60’s. Then with a large family she moved to San Francisco, and found necessary but limited employment as a housekeeper.

In San Francisco she became a deeply devout member of the Jehovah’s Witnesses Christian church, for which she sincerely proselytized and studied biblical passages, to help all other people, including me. Throughout our years of friendship she often gave me copies of The Watchtower and Awake! to read. Shortly before her death, when she was non-ambulatory in a nursing home, I last visited with Ida. As we parted, she urged me to attend nearby Kingdom Hall meetings and to “get on board” with Jehovah.

Because Ida suffered from seriously disabling illnesses she was obliged to retire from housekeeping work, and to live in her public housing apartment, when not hospitalized. (See the above photo taken of us on November 8, 2008, my 75th birthday.)

Before she retired one of Ida’s dear sons, an adult military veteran who survived the Viet Nam war, died unexpectedly of medical negligence at the local veteran’s hospital. I then expressed to Ida my sincere sympathies on her bereavement. Whereupon she thanked me but gently and wisely informed me that I couldn’t understand her grief.

She explained that you have to be a mother, who has lost a dear child to understand another mother’s bereavement feelings. Thus my sincere sympathy wasn’t the same as another mother’s experiential empathy.

What I’ve learned from Ida

1) Ida taught me that experiential empathy is more spiritually elevated than instinctive sympathy. So I’ve learned from her that we’ve incarnated to learn to live with heartfelt reciprocal empathy for hurts of other people and creatures.

2) As a dedicated member of the Jehovah’s Witnesses church, Ida always tried to lovingly help, not hurt, other people. I’ve learned from her and others that people who lovingly help others help all life on Earth, regardless of whether they’re religious.

3) My spiritual friendship with Ida helped me learn to respect all other people as spiritual sisters and brothers, regardless of the how they’re labeled by their race, job, gender, economic wealth, college degrees etc.

4) Therefore, in my entire adult life as a self-employed busy lawyer, I didn’t employ any other person, except Ida; and I didn’t become anyone’s landlord with control over their home and living conditions. As a self-employed lawyer I rented office space, with related services, from larger law-firms.

5) My friendship with Ida, confirmed innate egalitarian instincts that control of anyone who helped me as a spiritual sister or brother seemed morally wrong. So my philosophy became and remained:

“Neither a master nor a servant be.
Abjure control by or over others.”

6) My relationships with Ida and others taught me that sincerely empathetic people can be very important to those they help. For example Ida’s spontaneous love for Jessica and Joshua Rattner, was very important for them in addressing the deep psychological traumas of their parents’ divorce.

The long-time Ida M. Logan – Ron Rattner relationship furthered our spiritual evolution to Self-Realization. In giving, she received karmic blessings. And it taught me the supreme importance of learning to live with reciprocal empathy for all people and creatures now suffering on our precious planet.

Thus, this “Sympathy to Empathy” memoirs chapter is deeply dedicated to encouraging all others to empathetically and lovingly live for giving, not getting; for helping, not harming all beings (not just humans), and our precious planet Earth, which birthed us all.