“We are born and reborn countless number of times, and it is possible that each being has been our parent at one time or another.  Therefore, it is likely that all beings in this universe have familial connections.”
~ H. H. Dalai Lama, from ‘The Path to Tranquility: Daily Wisdom”

“Reincarnation is not an exclusively Hindu or Buddhist concept,
but it is part of the history of human origin.
It is proof of the mindstream’s capacity to retain knowledge of physical and mental activities.
It is related to the theory of interdependent origination and to the law of cause and effect.”
~ H. H. Dalai Lama (Preface to “The Case for Reincarnation”) 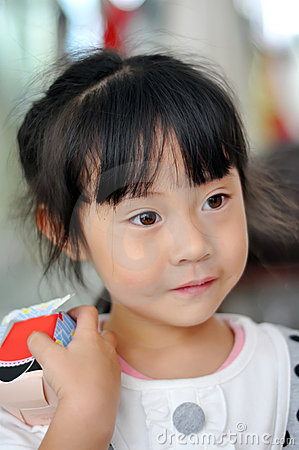 Until my mid-life change of life, I identified solely with my physical body, its thoughts and its story and assumed that physical death ended our existence. Until then, stories of afterlife, reincarnation, ghosts or other disincarnate spirits were fanciful fiction for me.

But after my transformative mid-life spiritual awakening I became clairsentient and began having many extraordinary clairvoyant experiences, including seeing apparent apparitions and visions of what seemed ‘past lives’.

So with great curiosity I wondered about this new apparent ‘reality’ of ephemeral forms and phenomena which I’d begun to perceive. Even though I had realized that my ultimate identity is pure awareness – and not my physical body or its story, I wanted to understand the nature and meaning of our apparent individuality as energy entities in space/time reality.

Through synchronistic inner and outer experiences I was gradually given answers to my questions about phenomenal ‘reality’, and became convinced of the relative reality of reincarnation and afterlife, while still realizing that ultimately all such phenomena are mental projections of universal consciousness; that “birth and death are virtual, while Life is perpetual”.

Hereafter I’ll tell you about some of my earliest memorable experiences of apparent afterlife and reincarnation. [See also https://sillysutras.com/pilgrimage-to-assisi-communing-with-saint-francis-rons-memoirs/]

The first of these experiences happened when I was alone one weekend in an attic room of our family house, where I was living separately from my wife during the traumatic divorce period shortly before moving out. Never do I recall feeling more miserable and heartbroken.

Then while seated in an armchair and gazing out of the attic window, I felt a comforting presence seemingly embracing me from behind the chair. Momentarily I glanced behind me and perceived my deceased grandfather, Morris, who had died five years earlier in 1971. He had silently come to console me. I was quite sober then, and this experience seemed very ‘real’ – not an hallucination.

Months later, I again saw Grandpa Morris in inner – rather than outer – images while in meditative or ‘alpha’ states of consciousness, after attending a Silva Mind Control seminar. [See https://sillysutras.com/silva-mind-control-rons-memoirs/ ] During and after the Silva seminar Mahatma Gandhi had begun appearing within as my first inner spirit guide. But sometimes, instead of Gandhi, Grandpa Morris also came to guide me.

During the same period of inner and outer encounters with Grandpa and Gandhi, I began having dreams and visions of apparent other lifetimes. [See https://sillysutras.com/visions-of-past-and-future-rons-memoirs/]

These visions radically challenged my prior Newtonian paradigm of ‘reality’. But still I remained skeptical about their meaning. So the universe kept giving me synchronistic experiences which answered my questions and confirmed new ideas of reality.

The first of my memorable experiences which seemed to authenticate an apparent past life vision began during the period of my traumatic divorce, when a broken heart had opened my heart.

In the early 1970’s my wife and I were San Francisco neighbors of a prominent family living across the street. Both we and our neighbors had children the same age attending the same private schools. Our youngest children attended a pre-school kindergarten. The mothers, who were both professionally busy, agreed to carpool our children to school on alternate days. I assisted in carpooling, on days when my wife was teaching at City College.

Mysteriously, while driving our children to school I kept feeling an extraordinarily strong attraction or affinity to my neighbors’ darling little four or five year old daughter Tara as she sat in the back seat of my car, especially noting her beautiful dark eyes and charismatic energy.
*[See Footnote]

During this period, I had begun having many extraordinary clairvoyant experiences, including precognition and seeing apparent ‘past lives’. While wondering about my mysterious attraction to Tara, I saw myself in a ‘past life’ vision as a pre-Christian era Chinese male farmer with several children, one of whom – a darling little girl – was ‘the apple of my eye’. It was Tara.

Shortly after having this past life vision, I synchronistically met Tara’s mother while attending a program at the Masonic Auditorium. Briefly I alluded to my inner experience and, at her request, afterwards I sent her a confirming note recounting the story.

Soon she sent me a reply note saying that Tara “has said several things to me that suggest she has access to information from other times” and she suggested I question Tara about my vision.

So thereafter, with her mother’s approval, I told Tara that I had a vision of her as my daughter in another lifetime in Asia. Tara’s spontaneous response, which I immediately noted, was “Yes, I know.”
There was no further discussion.

As a long-time lawyer, I immediately accepted Tara’s guileless statement as ‘corroborating evidence’ validating my past life vision of her.

Years later, I learned that there is considerable empirical evidence of very young children with memories of other lifetimes, beginning with ground breaking scientific studies by Dr. Ian Stevenson, Professor of Psychiatry at the University of Virginia School of Medicine. For forty years Dr. Stevenson studied children world-wide who spontaneously remembered past lives, and objectively validated and documented about twelve hundred such cases.

I have elsewhere posted quotations, aphorisms, poetry and essays about afterlife and reincarnation, to help readers overcome fear of death and mitigate grief from loss of loved ones. I have learned from experience that as we lose our fear of leaving life we gain the art of living life – authentically and lovingly; that we lose fear of death as we self-identify with eternal spirit rather than our temporary space/time soul suits.

Tara’s actual name and some identifying details have been changed to protect her privacy. She is now internationally known for her artistry.