How can the divine Oneness be seen?
In beautiful forms,
breathtaking wonders, awe-inspiring miracles?
The Tao is not obliged to present itself in this way.
If you are willing to be lived by it, you will  see it everywhere,
even in the most ordinary things.
~ Lao Tzu 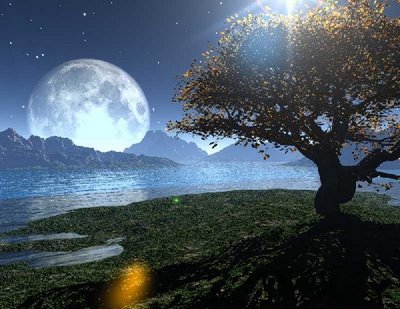 The following sutra/poem declares metaphorically that synchronicities are reminders of Cosmic Consciousness, which is our ONE true Source, Self identity and Ultimate Reality.

Explanatory comments following the poem suggest that synchronicities can advance our spiritual evolution and transcendence of illusory and disempowering ego-mind self-identity, by helping us remember again our once known, but long forgotten, true Divinity.

If ever you’ve wondered about ‘miraculous’ synchronicities or “coincidences”, this sutra/poem is shared to further our understanding of their spiritual significance.
Please enjoy it accordingly.

In our wonderful world
of space/time causality reality,
everything’s impermanent –
arising from and melting into Mystery.

The Mystery of an Infinite Potentiality Reality:

Some call it Cosmic Consciousness.

Cosmic Consciousness is
the Essence,
the Origin, and
the Witness
of the world.

It is our ultimate Reality.

Our ever impermanent world
of apparent appearance and disappearance –
of infinite forms and phenomena –
is only a play of Cosmic Consciousness.

All such appearances are but
interdependently interconnected forms
of Cosmic Consciousness.

So synchronicities are manifestations of Cosmic Consciousness.

They are noteworthy forms and phenomena in space/time,
reminding us of ultimate Reality beyond space/time –
and of mysterious and timeless interdependent interconnectedness
of everything in space/time.

So synchronicities are reminders
of timeless Mystery beyond all appearances:

As mysterious synchronicities appear in our lives,
let us ever more reverently recall and become
their Source –

Our universal essence, origin and witness;
Our ultimate identity, and
Infinite Potentiality Reality.

And so may it BE!

Ron’s Reflections on “Synchronicities Are Reminders”

For millennia mystics have revealed that most of humankind (except for rare Avatars), are disempowered by illusory ego-mind self-identity, as supposedly separated from each other, Nature, and Cosmic Consciousness. So we’ve forgotten our (once known) true Self identity as infinitely omnipotent Divine beings, ONE with Nature and Source.

The foregoing sutra/poem metaphorically declares my view that synchronicities are empowering reminders of our true Self identity as Cosmic Consciousness.

Remembering that we actually are much more than we’ve thought or imagined, can help us transcend illusory, misleading and disempowering ego-mind self-identity as separated mortal beings existing only in space and time. It can help us rediscover ultimate Reality beyond space/time, and realize the mysterious and timeless interdependent interconnectedness of everything within space/time.

Since my midlife spiritual awakening, I’ve been blessed with many experiences of meaningful or noteworthy synchronicities from which I’ve determined that our Earth-life experience has been largely predetermined as part of the divine mysterious Natural order of the universe.

And I consider synchronicities to be scientifically significant spiritual experiences impelling us to reconsider mainstream materialist science which fails to recognize overwhelming empirical evidence that consciousness and mind are independent of physical bodies; that our physical bodies and brains are not originators of consciousness and mind, but their receptors, tuners and transducers; that synchronicities are signs of subtle and ordinarily imperceptible dimensions into which we are evolving individually and collectively.

Mystics reveal that as we evolve to subtler vibrational dimensions, we transcend time; that all is NOW; and that increasingly our compassionate thoughts and behaviors bless our existential experience.

According to Albert Einstein, our space/time


“Reality is merely an illusion, albeit a very persistent one.”
“Our separation of each other is an optical illusion of consciousness.”
“Space and time are not conditions in which we live,
they are modes in which we think.”

So for Einstein space and time are “only a stubbornly persistent illusion”; a way of thinking rather than a reality in which we live.  I concur with Einstein’s ideas.

Without supposedly being separated monads in space and time, we can’t have any coincidence in space or time; without time there can be no premonition or fear of ‘future’ events, nor remembrance of ‘past’ events.

As explained in other related Silly Sutras posts, I consider ‘miraculous’ synchronicities or “coincidences” to be significant spiritual experiences that can spur an inner search for a new “reality” paradigm, ultimately leading to our transformational discovery that ever changing three dimensional space/time “reality” isn’t really Real; that timeless Cosmic consciousness is our true Reality. That life is timelessly NOW ever Now, never then.

Thus, this “Synchronicities Are Reminders” posting is dedicated to advancing our transcendence of illusory and disempowering ego-mind self-identity, by helping us realize and remember the immense spiritual significance of noteworthy synchronicities.