“Follow your heart, even if it contradicts my words”
~ Sri Dhyanyogi Madhusudandas

“All is Perfection,
but nobody’s perfect.”
~ Ron Rattner, Sutra Sayings

“All people are flawed;
None are perfect.
But the most flawed,
Are those who claim or think they’re perfect.”
~ Ron Rattner, Sutra Sayings 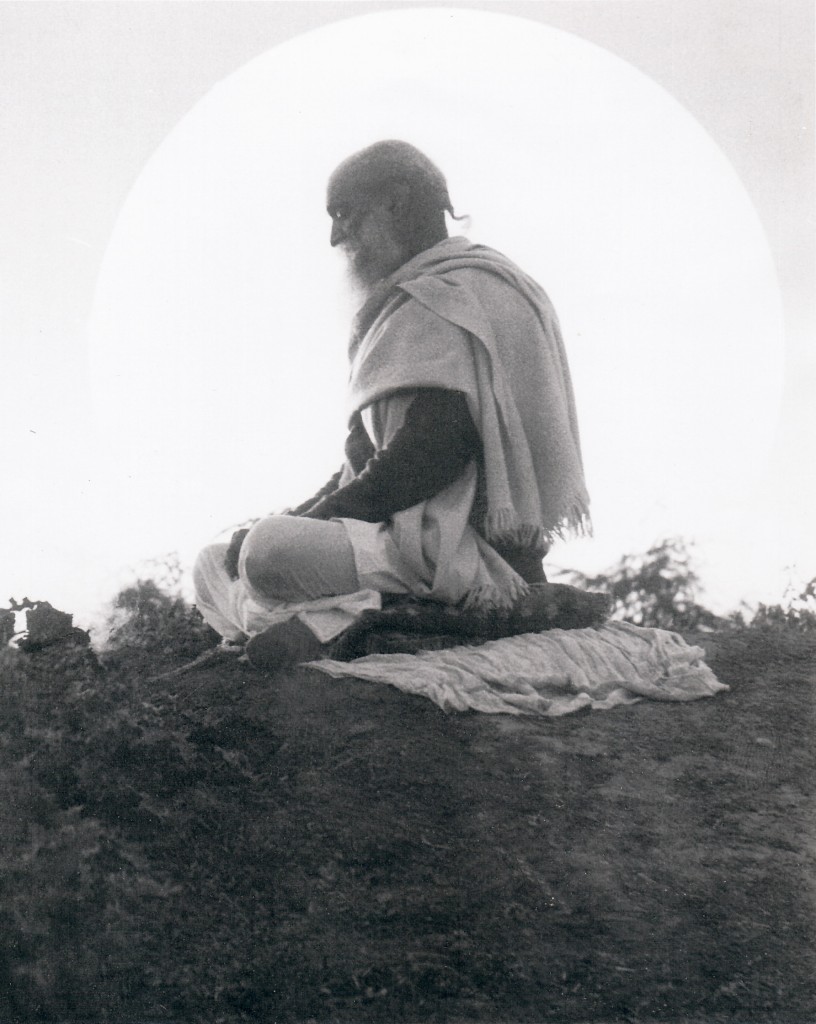 Many of us have faith in an omnipresent and omniscient Divine Perfection which is beyond comprehension, imagination or description.  And, knowingly or unknowingly, we seek such Perfection here on Earth.  But in our phenomenal duality reality “perfection” is an idea, which implies it’s opposite – imperfection. We can’t have one, without the other. So, a “perfect” person isn’t possible.
[see, e.g. https://sillysutras.com/is-personal-perfection-possible/ ]

Some of us may be blessed to meet inspiring spiritual teachers, gurus or saintly people on whom we may project and, accordingly, in whom we may perceive perfection.  I have done this with my beloved and venerable Hindu guru, Sri Dhyanyogi Madhusudandas, and with a few other “enlightened” spiritual teachers.  But, ultimately, I have learned from inner and outer experience that incarnation is limitation, and that however evolved an incarnate being may be s/he is fallible.  Here on Earth, where we experience life via physical bodies, it seems that human fallibility ‘goes with the territory’ – that “to err is human”.

Once while my friend Joy Massa was walking in the woods with our beloved Guruji, Dhyanyogi, he advised Joy:
“Follow your heart, even if it contradicts my words”.

This teaching was exceptionally noteworthy in view of the ancient Hindu tradition of complete surrender to the Guru. So I have reflected much about Guruji’s extraordinary message to Joy. And I have particularly wondered why Guruji did not directly give that profound teaching to most other disciples – including Ron.

I believe that when Guruji gave us personal teachings, they were appropriate to our particular state of evolution and to our unique karmic constraints. Thus, Guruji was especially encouraging Joy – an exceptionally intellectual person – to honor her ‘inner’ Guru’ over her intellect or outer authorities. Joy already was quite skeptical of outer religious authority and e.g. had rejected certain Catholic Church dogma, such as Papal infallibility.

Moreover, it appears that despite Guruji’s highly elevated state of evolution and extraordinary powers, he was acknowledging to Joy – with rare saintly humility – even his own earthly limitations.

In my experience, while living in this ever changing world, we need to rely vigilantly both on our powers of discrimination and on our divine intuitive insights. But, that whenever in doubt, it is wise for us to to honor intuition over intellect, and to find guidance in our heart – not our head; and, that we must still our mind so as to hear our heart, instead of listening to the ‘voice in our head’. Accessing our inner wisdom helps transcend many earthly limitations and to solve problems created by lower levels of human consciousness.

Here is an apt and insightful essay by spiritual author and teacher Andreas Mamet, entitled “The Braid”. *[see footnote]

The Braid
by Andreas Mamet

Our quest for spiritual empowerment has at its core the association with those who we believe can assist us in our endeavors by virtue of their accomplishments. For this reason, we seek out teachers and gurus.

When we imagine how an accomplished teacher might look like or behave, we draw many inferences from our Judeo-Christian belief system, which describes God as perfect and infallible. We conclude that a person who experiences nearness to God, or even full God-Realization, is infallible. We believe that such a person is perfect in making decisions and can do no wrong. This is what I believed three decades ago, at the beginning of my spiritual journey. Now, almost 30 years later, after much observation, I have come to think otherwise. Mistakes do not stop after an individual becomes God-Realized or finds her/himself emanating more and more Divine Light. Errors of judgment remain a possibility. This was one of the more surprising realizations for me, as I believed in the myth of infallibility.

This myth is promoted often by the priest archetype, the “god professional,” in as much the following illusion is projected: God is infallible. I am close to God. Thus, I am infallible, and you need to do exactly as I say. This defines very much the traditional guru-disciple relationship of olden days, reaching into our present. It is, however, to be noted that recent decades have shown many instances wherein gurus have imploded their structures by making decisions that, in the end, displayed poor judgment and created havoc. This left their disciples spinning, forced to wonder what happened here and come to their own conclusions or responses.

One response was that the guru or teacher is so enlightened that he merely gave this experience to us as lesson to learn. That is the “denial response,” seeking to uphold the illusion of the infallible master, justifying the continuing, uncritical association of the individual with the guru arechetype. The stance of total devotion and surrender is maintained.

There is a story that deals with the theme of total surrender as is often asked of the disciple archetype. Gurdjieff, a spiritual teacher at the beginning of the twentieth century, was on a trip by car. At one point the lights stopped working, and Gurdijieff asked his disciple to sit on the hood of the car and hold a flashlight. The disciple was about to climb up to do as asked when Gurdjieff stopped him, asking, “Does it not occur to you that this is a completely idiotic request?”

Yes, there are beings who are very close to the Divine. They emanate qualities that are breathtaking. When you come into their company, powerful experiences take place instantly. It is those experiences that lead us to assume the teacher is perfect, a satguru. This assumption is an illusion. Yes, enlightenrnent may be there. But infallibility is not.

This puts the entire concept of unconditional surrender out of commission. It places upon us the need for total responsibility and minute-to-minute alertness. We are to wake up from the sleep that lets somebody else tell us what to do and how to act. Every second, we are required to display intelligent wisdom, discernment, and accept or reject what is placed before us on the grounds of this discernment. Had the Gurdjieff disciple displayed this (hard-to-attain) ability, he would have told Gurdjieff, “No.”

But, to reject the action of a being we feel is God-Realized or God-Near is a most difficult thing. We are prepared to sacrifice our common sense and intelligent discernment for an act of idiocy if we believe that God is merely testing us. To reject a Buddha is most difficult. “When you meet the Buddha on the road, kill him!” The Buddha himself said that. What does this mean? It means that after a thorough and deep relationship with an awakened being, the attachment is so huge, it becomes an obstacle in the disciple’s process of liberation.  This is the image that I have created for myself to understand what happens in the arising of God-Nearness: It is like a braid. You take one strand of hair and braid it with another strand of hair. The strands become completely intertwined, utterly close … one section, the human; the next, the Divine.

This, to me, represents the reality of things. Hence, the entire system of Asian teachers, Tibetan lamas, and others based on surrendering to a “high consciousness” are promoting an illusion. I feel we have entered an era wherein this illusion will be revealed. The fact of the remaining humanness of the one who experiences God-Nearness will become more evident, and the old, traditional system of unconditional surrender will be recognized as inappropriate. It will gradually disappear.

This creates a problem of different kind. It remains a fact that there are those who, on the grounds of superior and long-established practice, have indeed generated a God-Nearness that supersedes our own. This simply has to be admitted and acknowledged. Respect is due where respect is due. It should be expressed. When a transmission of light and wisdom is given, respect and gratitude are to be given in return.

But we should be able to turn on a dime. The second a teaching or request is expressed that is inappropriate or simply painfully outdated (women on the left, men on the right, old patriarchal illusions and power structures promoted), it should be challenged on the spot. In this way, old traditions that simultaneously carry blessings and ignorance are stimulated by infusions of needed reform. Teachers who carry blessings and unreflected garbage of olden days are given food for thought. If these infusions are not accepted, considered to be sacrilegious gestures, then we should be willing to turn on our heels and walk.

In the end, the Divine Experience will come to us on the grounds of our longing for it. That is the basis. The longing for the Divine will fill our body with the experience of the Divine. Translate your longing into fervent, ceaseless practice. Call the Divine until the Divine is tired of hearing your voice and descends into your body completely to get rid of your crying.

* Andreas Mamet’s other writings can found on his blog and Facebook pages.

But, highest wisdom pointing us to that Mystery, is implicit in Shri Dhyanyogi’s precious teaching “Follow your heart, even if it contradicts my words”; it guides us to “Seek first the kingdom of heaven, which is within.” ~ Matthew 6:33; Luke 17:20-21

Heeding that wisdom, may each of us look within and ultimately be guided by our divine intuition – our sacred Heart, rather than by fallible ‘outer authorities’.