“Generations to come will scarce believe that such a one as this
ever in flesh and blood walked upon this earth.”
~ Albert Einstein (after Gandhi’s 1948 assassination)

“Many ancient Indian masters have preached nonviolence as a philosophy. That was a more spiritual understanding of it. Mahatma Gandhi, in this twentieth century, produced a very sophisticated approach because he implemented that very noble philosophy of nonviolence in modern politics, and he succeeded. That is a very great thing. It has represented an evolutionary leap in political consciousness, his experimentation with truth.”
~ H.H. Dalai Lama, from “The Dalai Lama, A Policy of Kindness”

“Non-violence, which is the quality of the heart,
cannot come by an appeal to the brain.”
“You must be the change you want to see in the world.”
~ Mahatma Gandhi

“I found in the nonviolent resistance philosophy of Gandhi … the only morally and practically sound method open to oppressed people in their struggle for freedom.”
~ Rev. Martin Luther King, Jr. 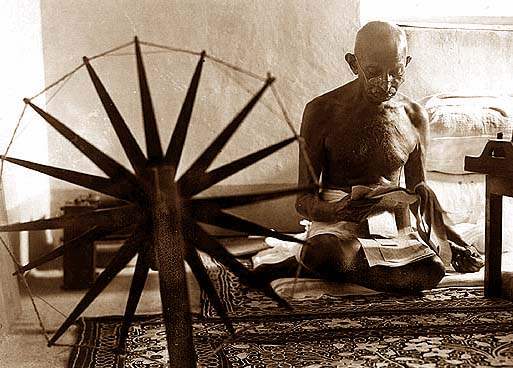 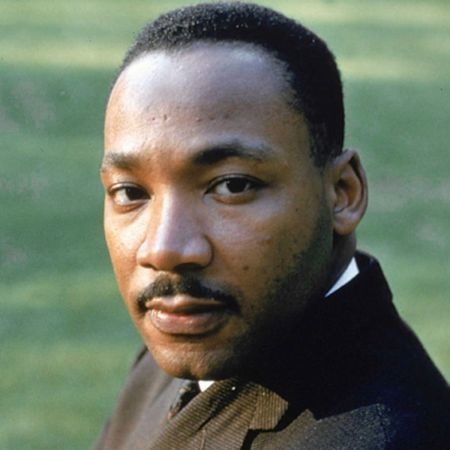 Today’s posting (on the twentieth anniversary of the September 11, 2001 terrorist attacks on New York and Washington, DC), is dedicated to advancing worldwide social justice by inspiring nonviolent civil disobedience to extraordinarily irrational, immoral, and tyrannical edicts of current world “leaders”. The posting highlights histories of Mahatma Gandhi and Dr. Martin Luther King, Jr., as the most prominent and inspiring 20th century spiritual practitioners of nonviolent resistance to those in power.

And it explains how the Gandhian nonviolent Satyagraha truth movement has brought humankind “an evolutionary leap in political consciousness” beyond centuries of spiritual philosophy preached by Indian mystic masters. (See above Dalai Lama quotation)

Since the September 11, 2001 terrorist attacks on New York and Washington, DC, many people regard September 11 as a day that will live in infamy – a day of treachery, often cited (disingenuously or duplicitously) as pretext for an Orwellian era of endless war, violence and dystopian deprivations of civil liberties.
(See PBS Documentary 9/11-Explosive Evidence: https://www.youtube.com/watch?v=1l-8PFk8j5I)

But, paradoxically, few realize that on a century earlier September 11th Mahatma Gandhi launched his extraordinary “satyagraha” peace and justice movement through which Gandhi, and countless others inspired by him, have accomplished much good in the world by non-violently resisting and transforming widespread social injustice and oppression.  As recognized by the Dalai Lama’s above quotation, Gandhi’s nonviolent truth movement represented “an evolutionary leap in political consciousness”.

Of countless humans inspired by Mahatma Gandhi’s life and words, most prominent and influential has been Rev. Martin Luther King, Jr., who honored Gandhi as a spiritual “guiding light …. of nonviolent social change”, and who in 1959 journeyed to India to study Gandhian methods, saying:


“To other countries, I may go as a tourist, but to India, I come as a pilgrim.”


During and since Mahatma Gandhi’s extraordinary lifetime, he has been venerated worldwide as one of the greatest spiritual and political leaders not just of our time, but of all times. Because he walked his talk authentically, peacefully, and spiritually, his words and life have been exceptionally inspiring and powerful.

Mahatma Gandhi changed the world by being the non-violent change he wanted see, particularly the end of the British Raj in India, followed by Indian independence and democracy.  But few people realize that Gandhi’s legacy includes not just his campaign for Indian independence, but that it began with his brilliantly waged struggle against institutionalized apartheid racism in South Africa, with ground-breaking inter-religious dialogue and cooperation.

On September 11, 1906, a young lawyer named Mohandas K. Gandhi organized and addressed a meeting of 3,000 people crowded into the Empire Theater in Johannesburg, South Africa. Members of the Indian community – both Moslem and Hindu – had gathered there in opposition to a proposed law that would require Indians to register, be finger-printed and carry special identity cards at all times, and which would further deprive them of civil liberties for failure to comply with the egregiously immoral law.

Gandhi argued that the law be resisted, but warned that resisters realize that they could be jailed, fined, beaten and even killed. The assembly not only declared its opposition to the legislation; its members raised their right hands and swore, with God as their witness, that they would not submit to such an unjust law.

Gandhi’s legendary talk at the Empire Theater meeting is dramatically portrayed by academy award winning actor Ben Kingsley in this excerpt from the epic film “Gandhi”:

The next day after the anti-apartheid meeting, the Empire Theater was mysteriously destroyed by fire.

Following their September 11th meeting and pledge, Indians refused to register and began burning their ID cards at mass rallies and protests. Thus began the original 9/11 non-violence movement that would literally change the world as the most powerful positive tool for salutary social change.

Satyagraha is Sanskrit neologism combining “satya” (Truth) with “agraha” (holding firmly). But because Satyagraha is rooted in Vedic spiritual wisdom it is extremely difficult to translate into English.

Gandhi was a spiritual man in search of God, who equated “Truth” with “God”. He grew up inculcated as a Hindu, and in South Africa called the Bhagavad Gita his “spiritual reference book”. However, he acknowledged that he had been influenced by the teachings of Jesus, the writings of Tolstoy, and Thoreau’s famous essay, “Civil Disobedience.”

Thus, Gandhi’s satyagraha movement was fundamentally spiritual, not just political. It encompassed relentless pursuit of spiritual Truth through the political practice of active, faith-based civil disobedience. It was steadfastly dedicated to asserting and living Divine Truth by nonviolently and respectfully resisting institutional injustice to achieve societal and political justice. Beyond mere “pacifism” or “passive resistance”, it encompassed an actively militant, yet resolutely non-violent faith-based assertion of one’s moral beliefs, with open defiance of unjust laws or decrees.

The movement began with the above recounted defiance of South African apartheid decrees, and burning of racially discriminatory ID cards. Later in India it actively defied unjust British Raj laws, like laws forbidding Indians to make their own salt, and requiring export of all Indian grown cotton to be fabricated in England. Gandhi’s “satyagraha” movement disobeyed those laws with the famous “salt march” and by not purchasing British produced fabrics, while fabricating their cotton with spinning wheels. And Gandhi actively opposed the Indian “untouchable” caste system, condoned by the Bhagavad Gita, as well as by immorally exploitive societal customs.

Gandhi often and broadly spoke about “satyagraha”. Here are a few of his apt quotations:

Truth (satya) implies love, and firmness (agraha) engenders and therefore serves
as a synonym for force. I thus began to call the Indian movement Satyagraha, that is to say,
the Force which is born of Truth and Love or non-violence, and gave up the use of the phrase
“passive resistance”, in connection with it, so much so that even in English writing
we often avoided it and used instead the word “satyagraha” itself.
~ Mahatma Gandhi

“The word satya (Truth) is derived from Sat which means ‘being.’ Nothing is or exists in reality except Truth. That is why Sat or Truth is perhaps the most important name of God, In fact it is more correct to say that Truth is God than to say God is truth. On deeper thinking, however it will be realized that Sat or Satya is the only correct and fully sign fact name for God.”

“Devotion to this Truth is the sole justification for our existence. All our activities should be centered in Truth. Truth should be the very breath of our life. When once this stage in the pilgrim’s progress is reached, all other rules of correct living will come without effort, and obedience to them will be instinctive. But without Truth it is impossible to observe any principles or rules in life.”

“[W]hat may appear as truth to one person will often appear as untruth to another person.
But that need not worry the seeker. Where there is honest effort,
it will be realized that what appear to be different truths are like the countless and apparently different leaves of the same tree.
Does not God himself appear to different individuals in different aspects?
Yet we know that He is one. But Truth is the right designation of God.
Hence there is nothing wrong in every man following Truth according to his lights.
Indeed it is his duty to do so.
Then if there is a mistake on the part of any one so following Truth it will be automatically set right.”
~ Mahatma Gandhi – Mohandas Gandhi on the Meaning of Truth 1/1/1927

“Satyagraha means resisting untruth by truthful means”
“It is a religious duty to fight untruth.
If one remains steadfast in it in a spirit
of dedication, it always brings success.”
~ Mahatma Gandhi – 3/30/1911 Cape Town speech

“Non-violence, which is the quality of the heart, cannot come by an appeal to the brain.” “You must be the change you want to see in the world.”
~ Mahatma Gandhi

”Non-violence is the greatest force man has been endowed with.
Truth is the only goal he has. For God is none other than Truth.
But Truth cannot be, never will be, reached except through non-violence…
That which distinguishes man from all other animals is his capacity to be non-violent.
And he fulfills his mission only to the extent that he is non-violent and no more.“
~ Mahatma Gandhi

Thus the “satyagraha” movement has been a militant, but resolutely non-violent active assertion of fundamental human morality, which has brought this world an unprecedented “evolutionary leap in political consciousness”.

Thereby Mohandas K. Gandhi has become one of the most inspiring and positively influential human beings in our current history.

In 1964 (at age 35) Dr. King became the youngest person ever awarded the Nobel Peace Prize, for his nonviolent social activism in opposing racial segregation, poverty, and war. As a dedicated Christian disciple of Jesus, Dr. King

“found in the nonviolent resistance philosophy of Gandhi … the only morally and practically sound method open to oppressed people in their struggle for freedom.”

On humbly accepting the Nobel Peace Prize, as ‘trustee’ for countless unknown others, Dr. King cited Gandhi’s success in India as a key precedent encouraging nonviolent civil rights activism in the USA, saying:


And King described how (because of technological advances which imminently threaten nuclear/ecological catastrophe) the survival of humanity depends upon our nonviolently solving “the problems of racial injustice, poverty, and war” by “living in harmony” with “all-embracing and unconditional love for all men”.

Eloquently he explained that

“[Love is] that force which all of the great religions [Hindu-Moslem-Christian-Jewish-Buddhist] have seen as the supreme unifying principle of life. . . . the key that unlocks the door which leads to ultimate Reality.”


Whereupon he recited this wisdom passage from the First Epistle of St John:


Like Gandhi and Jesus – who also ‘heretically’ preached nonviolent love and forgiveness – King was martyred at (age 39), when his ‘heretic’ truth telling and expanding prophetic powers became intolerable barriers to the US Empire’s military/industrial war plans for Viet Nam and beyond.

Today’s posting is deeply dedicated to inspiring a new era of global social justice through peaceful noncooperation and resistance to pervasive “new normal” era political and institutional social injustice, and its insane desecration of Nature on our precious planet.

May the prophetic seeds of political and spiritual Truth first sewn by Gandhi on September 11, 1906, and nurtured worldwide by Dr. King, at long last soon end needless suffering, and allow an unprecedented new era of global peace and harmony, beyond fear and hostility.

And  may humankind now heed Dr. King’s crucial warnings that we must “learn to live together as brothers [and sisters] or perish together as fools”; that our survival depends upon “living in harmony” with “all-embracing and unconditional love for all men [and women]”.