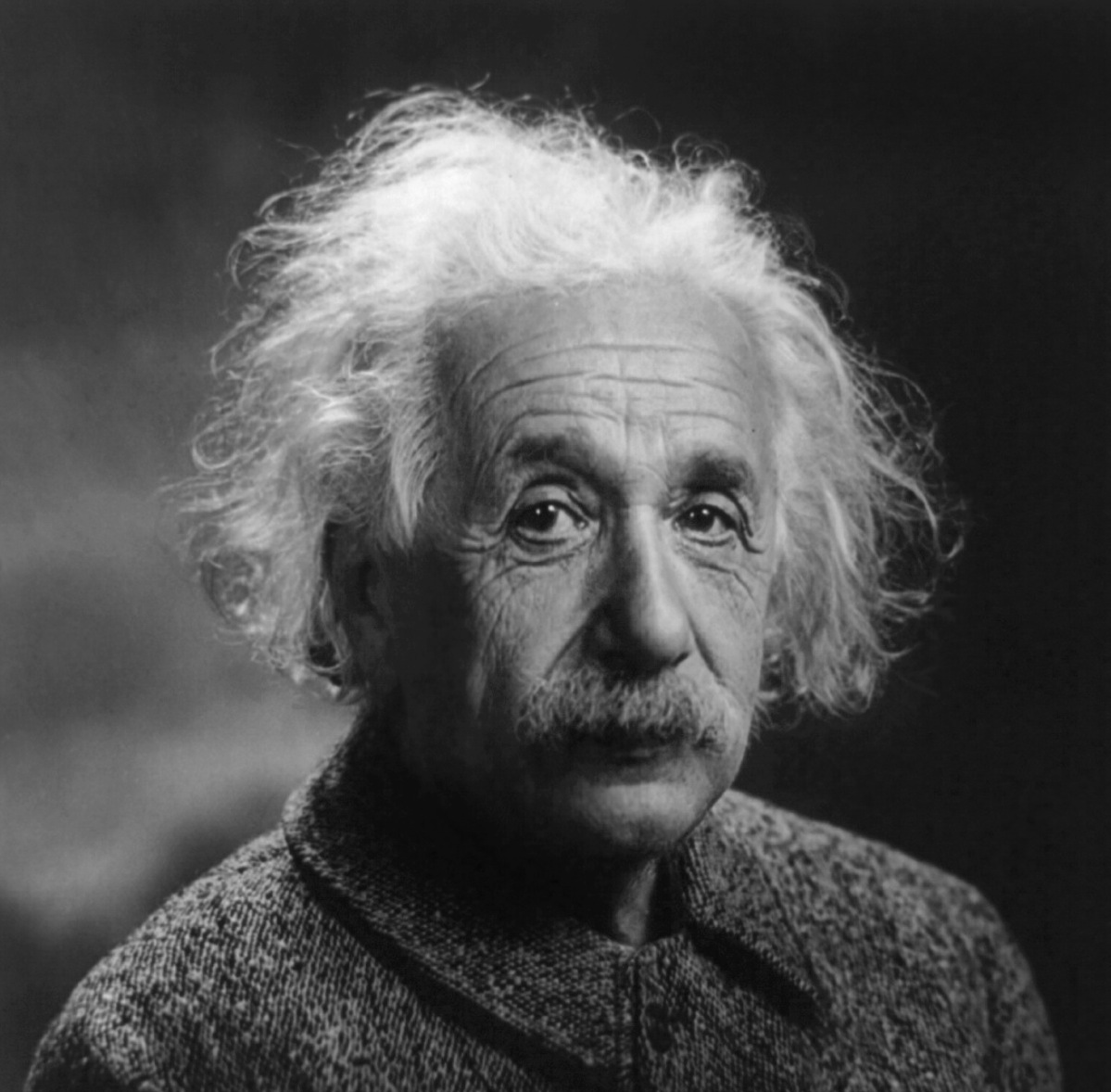 “Everything is determined, the beginning as well as the end, by forces over which we have no control. It is determined for the insect, as well as for the star. Human beings, vegetables, or cosmic dust, we all dance to a mysterious tune, intoned in the distance by an invisible piper.”
~ Albert Einstein 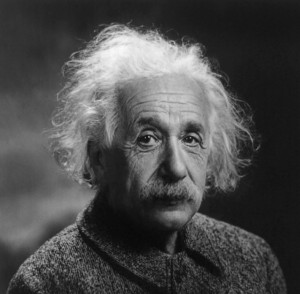 Many silly sutras, poems and essays were first written on bits of paper during an extended period of solitude, when I had no computer, TV, or daily paper, and was extremely reluctant to participate in the ‘digital revolution’. To express my skeptical attitude about possible technological transformation, I wrote that I chose the “inner net” rather than the internet; that while “the world wants ever more information, Ron seeks infinite inspiration: in the Unknown, in the Mystery – the Mystery of Divinity.

But finally, despite prolonged reluctance to go on-line, I felt obliged to get a computer in 2002 after my son had significant legal problems requiring my help.

Only thereafter did I discover Albert Einstein’s wise quotations on many philosophical subjects other than theoretical physics. I was amazed to learn that Einstein had expressed many of the same ideas which were conveyed in my sutras. Thereafter, in trying to discuss those ideas with others I often used Einstein quotes, rather than sutras. [As a lawyer I learned that it is much more persuasive to cite Supreme Court rulings than decisions of an unknown justice of the peace.]

A few years ago, I wanted to discuss one of these ideas with my friend “KJ” a retired San Francisco medical doctor and self-taught computer ‘guru’, who I met through a mutual friend after going on-line, and who generously has helped me learn how to use my iMac and to resolve many inevitable digital dilemmas. So, I asked KJ “what do you think of Albert Einstein?” I expected him to acknowledge Einstein’s genius, and then anticipated quoting Einstein to him to initiate a conversation about the quotation. But his answer surprised me.

He replied: “If it wasn’t for Albert Einstein, I wouldn’t be here.”

At first, I thought KJ was joking and asked him to explain, expecting some humorous story. Instead he told me how a graphologist’s analysis of Albert Einstein’s signature sychronistically began a friendship which saved the lives of KJ and his parents.

Both of KJ’s parents were European medical doctors from Czechoslovakia. In the late 1920’s, before KJ was born they temporarily moved to Freiburg, Germany where his father was a surgical resident. KJ’s mother was then informally studying (and practicing) handwriting analysis, then recognized and taught as a scientific discipline in Germany and other advanced European countries.

One evening, KJ’s mother attended a lecture in Freiburg by a noted handwriting analysis expert. As part of the lecture, the graphologist asked audience members to place their signatures on small bits of paper, which were collected in a container and randomly picked by him for instant anonymous analysis. In so analyzing audience members’ signatures, the expert described one of them as “a quite average person, but with a flare for one particular field”. Thereupon a little man with bushy hair got up from the rear of the room and rushed up to the lecturer, proclaiming “That is the best analysis of my personality that I have ever heard.” He was so pleased, that he spontaneously rewarded the lecturer with a one hundred mark note – which was then a significant amount of German currency.

It was Albert Einstein, who by then was well known and acclaimed world-wide as a “genius” of theoretical physics for which he had received a Nobel prize. But it was not then generally known that in addition to physics, Einstein was quite interested in graphology. After the lecturer’s spontaneous signature readings, there ensued conversations about handwriting analysis amongst the audience members. And KJ’s mother, who had never before met Einstein, discussed with him graphology issues of mutual interest. This ‘chance’ meeting began a long friendship between Einstein and KJ’s mother, focused on their common interests and expertise in graphology. So, in the 1930’s after KJ’s parents left Freiburg and returned to Prague, his mother kept in touch with Einstein.

In Prague, KJ’s father became quite prominent and was appointed Surgeon to the President of the country. He was also a very outspoken political liberal. So, after the Nazis invaded and occupied Czechoslovakia in 1939, they listed KJ’s father as an “undesirable” person. And his life was thus jeopardized.

By this time, Einstein had renounced his German citizenship and emigrated to the USA, where as a Professor at the Princeton, NJ, Institute for Advanced Studies he had a free schedule and was using his great prestige to advocate for pacifism and social justice causes, and to tirelessly help countless potential European refugees obtain emigration visas to escape Nazi persecution, which he abhorred.

Via correspondence with KJ’s mother he learned of her family’s jeopardy, and managed to obtain for them an emigration visa, permitting them to come to the USA when KJ was nine years old.

So, but for Einstein KJ wouldn’t be here. And perhaps without KJ, Ron wouldn’t have learned enough about computers to have digitally recorded and published on-line his silly sutras, essays and apt Einstein quotes, or to have shared with you his “synchronicity” stories.

Professor Einstein’s spontaneously enthusiastic reaction to the graphologist’s reading that he was an ordinary person with a special talent happened when Einstein was already acclaimed world-wide as a “genius”. Yet it was consistent with his historical persona.

Historians say that Einstein was a very humble man who remained simple and self-effacing despite the world’s immense flattery and “genius” label, using his great prestige to advocate for social justice and controversial causes, like pacifism. So he regarded himself as just an ordinary person, with certain abilities in theoretical physics. For example he has said:

“I have no special talent. I am only passionately curious.” “It’s not that I’m so smart; it’s just that I stay with problems longer.”

Apart from disclaiming superior intelligence, Professor Einstein once eschewed credit for his scientific accomplishments on grounds of predetermination. Until his death in 1955, Einstein rejected the “uncertainty” principle of quantum mechanics advanced by most respected physicists of his time; he stubbornly maintained his determinist view, consistent with ancient mystical insights, that

‘God does not play dice with the universe’

Thus, in a 1929 interview, when the debate about quantum mechanics “uncertainty” was at its height, Einstein modestly said that:

“I claim credit for nothing” . . “Everything is determined, the beginning as well as the end, by forces over which we have no control.  It is determined for the insect, as well as for the star. Human beings, vegetables, or cosmic dust,  we all dance to a mysterious tune, intoned in the distance by an invisible piper.”  [Einstein: The Life and Times, Ronald W. Clark, Page 422.]

Einstein’s steadfastly determinist view was consistent with ancient mystical insights, that the principle of cause and effect (or karma) pervades the phenomenal Universe without exception; that the ideas of chance or “uncertainty” arise from mysterious causes and conditions not yet scientifically recognized or perceived.

Some quantum physicists now suggest that recent non-locality experiments show that Einstein erred in rejecting quantum uncertainty theory; that these experiments support what Einstein rejected as “spooky action at a distance”.  However, it is still possible that quantum physicists’ ideas of chance or “uncertainty” arise from predetermined causes and conditions not yet recognized or perceived by mainstream science.

Since Einstein’s death, some physicists, like his protege David Bohm, have advanced theories which reconcile apparent contradictions between universal “causality” and quantum “uncertainty” and “non-locality” and they are thereby ever narrowing remaining apparent disparity between scientific and mystical views of “reality”.

Recently, we learned of a synchronistic connection between Albert Einstein and Carl Gustav Jung’s seminal work in coining and developing the concept of “synchronicity” – which on SillySutras.com has been expanded and treated as an important spiritual phenomenon.

According to Harper’s Encyclopedia of Mystical and Paranormal Experience, “The concept of synchronicity was developed largely by Carl G. Jung, who credited Albert Einstein as his inspiration.”

Einstein and Jung had met for a series of dinners in Zurich while Einstein was clarifying his theory of relativity. Long later in a 1953 letter to Carl Seelig, Jung wrote:

“Professor Einstein was my guest on several occasions at dinner… These were very early days when Einstein was developing his first theory of relativity, [and] it was he who first started me off thinking about a possible relativity of time as well as space, and their psychic conditionality. More than thirty years later, this stimulus led to my relation with the physicist Professor W. Pauli and to my thesis of psychic synchronicity.” … “It was above all the simplicity and directness of [Professor Einstein’s] genius as a thinker that impressed me mightily and exerted a lasting influence on my own intellectual work.”

The foregoing “synchronicity” story could not have been recounted by KJ and written by Ron, but for an amazing chain of mysteriously related unlikely events.

It couldn’t have happened unless:

2. KJ’s mother from Prague, Czechoslovakia and Professor Einstein hadn’t both shared interest as scientists in handwriting analysis; and therefor had concurrently attended a graphology lecture in Freiburg, Germany;

3. Where Einstein’s anonymous handwriting sample was randomly drawn and analyzed by the lecturer as that of ‘an ordinary person with a special talent’ – to Einstein’s delight;

4. Whereupon KJ’s mother met and discussed handwriting with Professor Einstein, and became so friendly with him as to maintain a continuing course of correspondence about graphology which lasted for years;

5. Until the 1939 Nazi invasion of Czechoslovakia, which resulted in life-threatening jeopardy of KJ’s father and mother as alleged “undesirables”.

6. At a time after Einstein had emigrated to the USA, where as a Professor at the Princeton, NJ, Institute for Advanced Studies he had a free schedule and was using his great prestige to advocate for pacifism and social justice causes, and to tirelessly help countless potential European refugees obtain emigration visas to escape Nazi persecution, which he abhorred.

7. Whereupon KJ’s mother succeeded in communicating with Einstein, who managed to obtain for KJ’s family an emigration visa, permitting them to come to the USA when KJ was nine years old.

8. Where after retiring from a career as a San Francisco MD, KJ became a self-taught ‘computer guru’ who continuously helped Ron with his digital dilemmas after they ‘randomly’ met in 2002 through a mutual friend.

9. After reluctantly going online to help his son with legal problems, and consulting “Dr. Google”, Ron unexpectedly discovered many wise Einstein philosophical observations similar to Ron’s Sutra Sayings, and later innocently asked KJ “what do you think of Albert Einstein?”

So but for Einstein, KJ wouldn’t be here. And perhaps Ron wouldn’t have learned enough about computers to have digitally recorded and published on-line his silly sutras and apt Einstein quotes and essays, much less to have been privileged to share with you KJ’s extraordinary Einstein “synchronicity” story.

According to Einstein, as quoted above, all this was pre-determined
“by forces over which we have no control”.

Do you agree? What do you think?