“Synchronicity is choreographed by a great, pervasive intelligence that lies at the heart of nature,
and is manifest in each of us through what we call the soul.”
~ Deepak Chopra, Spontaneous Fulfillment of Desire 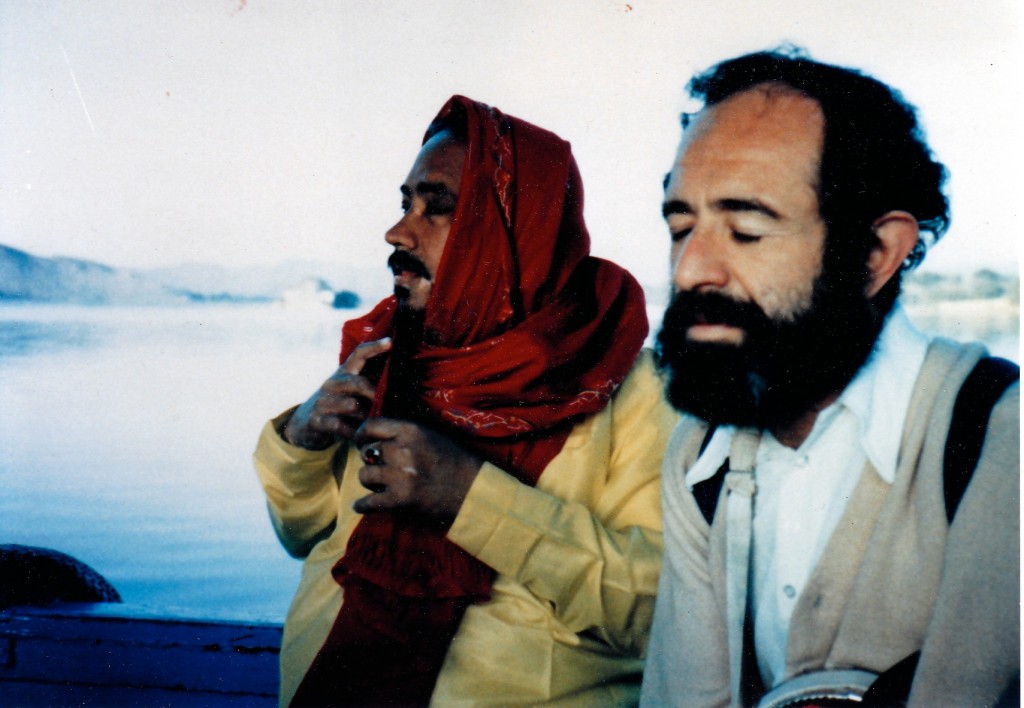 As explained in other posts, during a traumatic 1976 divorce, I experienced a transformative mid-life spiritual awakening.  Two years later, I met a hundred year old Hindu guru, Shri Dhyanyogi Madhusudandas, and evolved from being a secular Hebrew, to becoming a “born-again Hindu”. Then gradually I developed ever increasing interest and curiosity about Indian spirituality and culture. After a few years, the “universe” presented me with an ideal opportunity to satisfy that curiosity.

In 1981, soon after my beloved Guruji, Dhyanyogi, had returned to India, I met Sant Keshadavadas, a devotional Indian spiritual teacher known as a singing saint. Especially in the absence of Guruji, I appreciated Sant Keshadavadas’ loving demeanor, singing, stories and teachings. So I frequently attended programs at his Oakland, California “Temple of Cosmic Religion”. Thereafter, on learning that Sant Keshadavadas would be conducting a spiritual tour of Indian holy places, I wanted to join that tour.

So after obtaining Guruji’s approval, in January and February 1982, I journeyed with Sant Keshadavadas on a wonderful spiritual pilgrimage to Japan, India and Nepal. That guided tour was, and remains for me, the most important trip of my lifetime.

Never before had I been in a land with such a palpably spiritual ambiance as I experienced everywhere in India. Our tour group crossed the length and breadth of that vast country (mostly by airplane and local buses) visiting many spiritual shrines and meeting saintly beings, like Mother Teresa and Satya Sai Baba. And I had numerous wondrous experiences. (In other chapters I have recounted some of those experiences.) 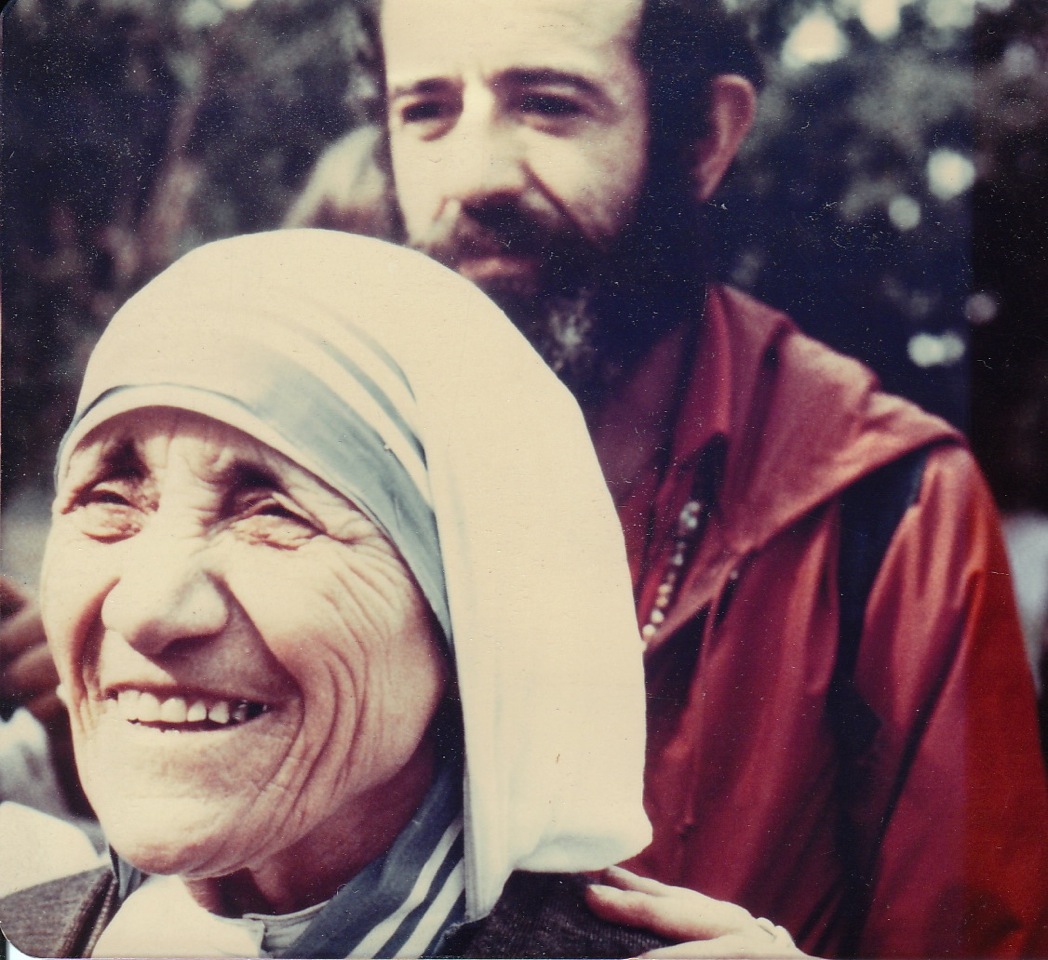 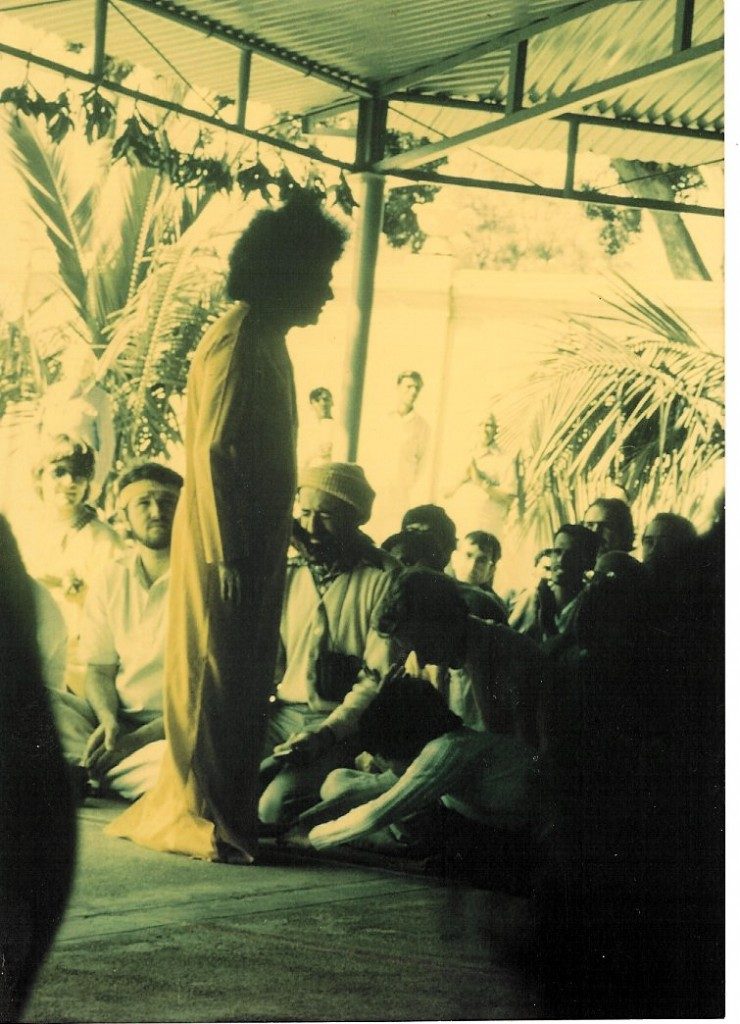 Ten years after that trip, in 1992 I retired from law practice and returned to India to pay my respects to Guruji, who at age 114 requested that I write and publish my spiritual memoirs. Though initially bewildered by this request, I knew that such memoirs needed to describe experiences during my 1982 ‘trip of a lifetime’. But I hadn’t kept a diary during that pilgrimage trip, and had to rely mostly on memory to tell about it.


Thereafter, many years passed during which I lived in introspective semi-seclusion, without a TV, computer, newspaper, or radio news of the “real world”, meditating, praying, seeking philosophical answers to ultimate questions, and “enlightenment”. During these years I did not yet feel ready to honor Guruji’s request that I write and publish my spiritual memoirs. But I was always mindful of the importance of fulfilling his wishes.

More than twenty years after my ‘trip of a lifetime’, while thinking about Guruji’s request, I discussed it with two long-time spiritual friends. I told them that while I was delaying in writing and publishing my spiritual memoirs they were being edited by time, as my memories waned. And I expressed concern about whether I could remember sufficient details of the 1982 pilgrimage to India, suggesting that my friends might be able to help me remember stories I had previously shared with them.

Thereafter, within a couple of weeks, the universe produced an amazing double synchronicity – two “manifestation miracles” which re-kindled memories of that momentous trip.

One afternoon while walking to the Marina Green adjoining San Francisco Bay I intended picking some dandelion and fennel leaves for my salad. But as I passed across the street from the Marina Safeway supermarket, I realized that I’d forgotten to bring a plastic bag in which to carry my ‘harvest’. After momentarily considering a detour into the Safeway, I decided instead to keep my eyes peeled for stray small bags which then commonly could be seen blowing around in the public park area where I was walking.

Soon I saw at a distance on the sidewalk ahead of me a white plastic bag, and presumed that it was just what I needed. But as I approached it, I saw that it was far too large for my purposes – a Bed & Bath bag rather than a Safeway bag. So, rather than leaving it cluttering the sidewalk where it might be blown into the water, I decided to put the plastic bag into a nearby waste dumpster.

I picked up the bag, walked a few a yards to the dumpster, and opened the dumpster lid prepared to discard the bag. But I was diverted by a surprising sight. Clearly visible, at the very top of the refuse pile in the dumpster, were about a dozen commercial VHS video tapes, which I began to examine with curiosity. If I’d come sooner, the tapes probably wouldn’t yet have been discarded; if I came later they’d probably already be covered over with much more trash, and not be visible.

As I looked at the video titles, I saw that they all seemed related to spiritual subjects that interested me, like yoga. Though never before a ‘dumpster diver’, I decided that I’d like to take all those videos home and check them out.

Thereupon, I wondered momentarily how I could carry them. Then, remembering the large plastic bag that had led me to the dumpster, I laughed as I realized that the universe had not only led me to the videos, when they were clearly visible, but also had provided me a bag perfectly sized to carry them home. So I put them in that bag, which when loaded became quite heavy.

So, unable to continue walking as planned, I returned home with the heavy bag of videos but without dandelion or fennel for my salad. At home I discovered to my amazement that the universe had just produced perhaps the most extraordinary “manifestation miracles” of my life.

On examining the videos, I found one titled “Call of the Flute – Spiritual Journey To India And Nepal”*. To my delight and amazement, I discovered that it was all about my 1982 pilgrimage to India with Sant Keshavadas.

And then I remembered that a team of professional videographers, led by a devotee of Sant Keshavadas, David Karp, had accompanied our tour group. Apparently afterwards they had produced and distributed this one hour documentary video for display on some non-network and cable television outlets. I had never acquired a copy of the video, and don’t recall ever before seeing it.

Yet somehow, over twenty years later, a copy of that video had synchronistically manifested for me in a Marina garbage dumpster which I unexpectedly visited at a rare time when videos were visible at the top of the garbage pile, and when I had just found a plastic bag large enough to carry them home.

And on viewing the video at home I found that it included numerous scenes which had been filmed when I was present, thus serendipitously rekindling memories of that momentous trip, and fulfilling my recently expressed desire for such reminders.

Who can explain such synchronicity “miracles”? Nonetheless, despite their mysterious origins, such synchronicities can fill us with feelings of awe and gratitude for our miraculous life on this precious planet, and remind us that we are part of Nature, connected and interdependent with all Life everywhere.

Einstein once observed that: “Coincidence is God’s way of remaining anonymous.” As I have been ever more blessed by such noteworthy and amazing “coincidences”, they ever more inspire and infuse me with heartfelt gratitude for the grace of this lucky life, and for the omnipresent but ‘anonymous’ Divine Source – The Lone Arranger – of all appearances therein.

*Videographer David Karp has generously permitted me to share with you on You Tube this documentary video, which so miraculously manifested for me just when I was trying to recall details of our 1982 pilgrimage to India and Nepal.

“Call of the Flute – Spiritual Journey To India And Nepal”