“True vision is insight, not eyesight.
‘[N]ow we see through a glass darkly’,
but with ever expanding human consciousness and ever deepening insight,
we can and shall ‘see’ more and more –
we can and shall see what we couldn’t see before.”
~ Ron Rattner, Sutra Sayings

“Your vision will become clear only when you look into your heart.
Who looks outside, dreams. Who looks inside, awakens.”
~ Carl Jung

“The most pathetic person in the world is someone who has sight,
but has no vision.”
~ Helen Keller

“As selfishness and complaint pervert the mind,
so love with its joy clears and sharpens the vision.”
~ Helen Keller 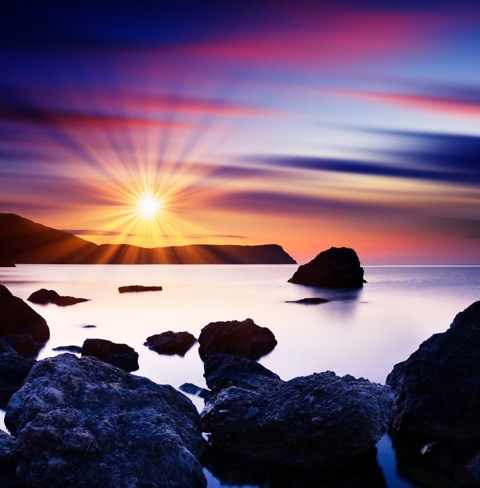 This is the story of how I learned from inner and outer experiences that true vision comes from imagination and insight beyond mere eyesight; that even people with no eyesight, like Helen Keller, can be visionaries.

Since childhood I needed corrective lenses for normal eyesight. At about age three my parents brought me to an ophthalmologist for a misaligned eye. I was diagnosed with astigmatism and far-sightedness and prescribed thick eyeglasses – which I always needed, but never liked. Gradually, I needed ever stronger prescriptions.

I became so dependent on eyeglasses that I would grope for them upon awakening every morning, and wore them constantly. Once when I was a pre-teen at a YMCA summer camp, one of my cabin mates, with a distorted sense of humor, hid my glasses for several days. I still remember how lost and miserable I felt without them.

When I was eighteen years old and a sophomore at the University of Wisconsin, Madison, a college friend, Sorrel Rosin – who later became a prominent Chicago optometrist, told me about corneal contact lenses, which were then newly developed. And he recommended a Chicago expert who could usually fit them comfortably. Excitedly, I became an early corneal contact lens user. I continued wearing hard contact lenses for about twenty five years, even though they sometimes irritated my eyes. But eventually I became presbyopic, needed reading glasses and couldn’t get bifocal contact lenses. So, reluctantly I resumed using eyeglasses.

Until my midlife spiritual awakening, I had self-identified only with my physical body and believed my defective vision was due to an incurably misshaped cornea, and to unavoidable physical degeneration associated with aging. Never did I consider defective eyesight to be improvable or curable. Nor did I believe vision to be a brain function, or as possibly arising from consciousness beyond the brain. But those beliefs changed after extraordinary inner and outer mid-life experiences. 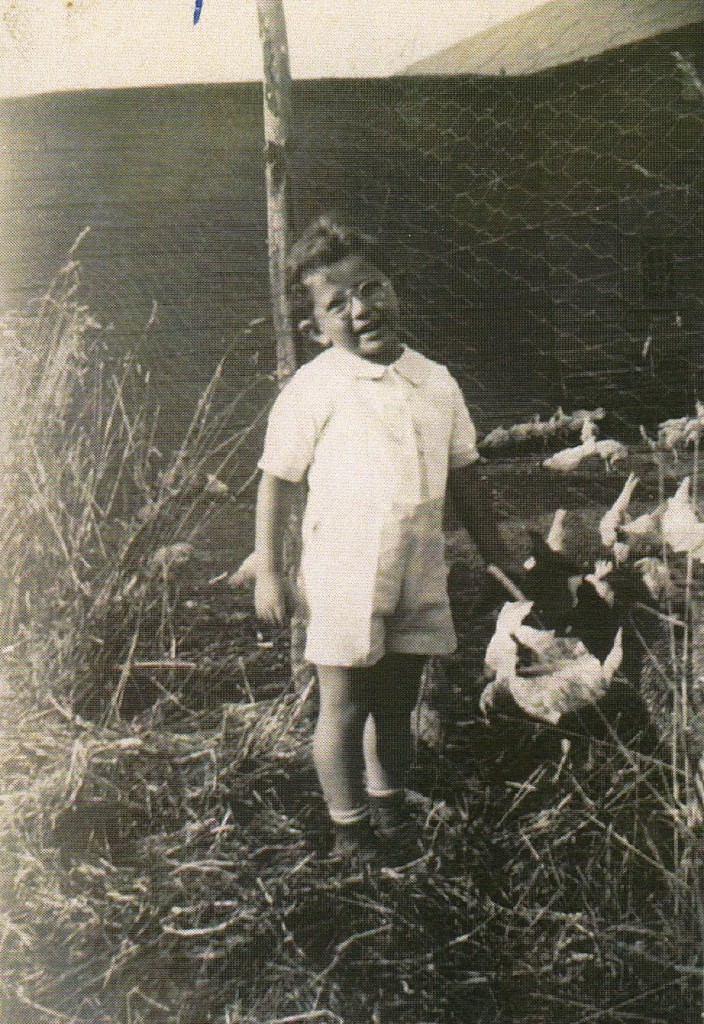 At a 1974-5 San Francisco New Year’s Eve party, I had an unprecedented and unforgettable out of body experience (OOB). While lying face down on a bed in a small dark room, “I” floated out of my body and up to the ceiling. And from the ceiling, with my glasses on a bedside table, I beheld my body lying face down on the pillow. For the first time in my life I had 20/20 vision without eyeglasses, and without even using my eyes – or maybe my brain.

The New Year’s OOB experience soon led to a pivotal rebirth experience at age forty three, which, opened an emotional/intuitive flood-gate closed since childhood – unleashing for the first time in my adult life numerous synchronistic inner and outer experiences which gradually but radically changed my beliefs about “reality”.

After the rebirth experience I had other OOB experiences with apparent out of body vision, as well as innumerable inner visions and insights. Ultimately, I associated inner visions with a mysterious “third eye” associated with the pineal gland – providing apparent perception beyond ordinary eyesight. For example, I took shaktipat initiation from my Hindu master Shri Dhyanyogi Madhusudandas only after perceiving his extraordinary silver aura and seeing him in inner visions, one of which was as clear as a color TV picture. And I learned from Guruji that auric perceptions and inner visions were associated with the kundalini purification process.

Shortly before meeting Guruji I attended a San Francisco ‘new age’ exposition where various ‘green’ products were being displayed and sold. One of the vendors was selling pin-hole glasses and a book she had written about natural vision improvement, as originally taught in the early 20th century by unconventional opthamologist William H. Bates, MD. Synchronistically she told me that possibly I might improve and perhaps even cure my defective eyesight with natural vision improvement techniques; that pin-hole glasses did not improve vision but afforded an opportunity break the ‘addiction’ to glasses via obligatory squint focus through its small apertures. Intrigued, I bought the book and the pin-hole glasses and assiduously began learning and experimenting with natural vision relaxation techniques, such as blinking, sunning, swaying, acupressure massage and palming. Experientially, I became persuaded that just as the so-called “placebo effect” could promote healing of physical ailments through optimistic attitude, that a relaxed and positive psychological attitude could also help improve eyesight.

I was encouraged in this belief by reading many eye improvement books, including “The Art of Seeing” by famed author Aldous Huxley, gratefully attesting to his improved his vision via Bates techniques. For several years I received vision improvement lessons from Anna Kaye, a former Polish attorney who had emigrated to the United States after World War II unable to see a door, and had been diagnosed as suffering from atrophy of the optic nerve. Four ophthalmologists recommended she learn Braille. But, unable to accept near blindness, she studied natural vision improvement with a Bates protegee in New York City and regained 20/30 vision in both eyes. Also, I later met and was inspired by Meir Schneider PhD, a San Francisco healer from Israel who improved from legal blindness and Braille to near normal sight with the Bates Method, supplemented by his own intense regimen of self-massage and movement.

Despite years of effort, I never succeeded in normalizing my vision with Bates relaxation techniques. Apparently, relaxation could not normalize a misshapen cornea and resulting astigmatism. But I am convinced that relaxation and other Bates methods improved and stabilized my vision, deterred cataract formation, and taught me much about my body’s energy system; that thereby they have contributed to good health. At age eighty one, I still get a binocular 20/20 correction with progressive bifocal glasses which are not as strong as glasses prescribed for me over twenty years ago, which I keep as souvenirs.

From Eyesight to Insight.

On meeting Guruji, I was amazed not only by his miraculous spiritual powers but also by his extraordinary physical prowess at age one hundred, including his ability to see normally without glasses. Initially, I surmised that Guruji’s miraculous physical condition had resulted from his enlightened state of mind, and his mastery of yogic meditation, mantra, movement, and breathing techniques. So naively I began believing that “enlightenment” required not only a mind free from ego defilements, but also a healthy physical body with normal eyesight. And this belief motivated me more than ever to attempt normalizing my eyesight via Bates relaxation techniques.

But, gradually Guruji became physically exhausted and debilitated from his tireless schedule of selflessly helping others in the US. Yet he retained his enlightened state of mind. And soon I learned of other spiritual masters and saints with unhealthy bodies and/or impaired eyesight. So, I learned it was possible to be spiritually elevated, notwithstanding visual and other physical impairments.

For example, I noted that HH The Dalai Lama of Tibet, needed eyeglasses for near-sightedness. And after Guruji returned to India, I met and took kriya empowerments from Paramahamsa Hariharananda Giri, an Indian meditation master who also needed eyeglasses. Also I learned that beloved Saint Francis of Assisi was almost blind at the time of his death, legendarily because he “cried his eyes out” but actually because of chronic trachoma apparently contracted in Africa during the Crusades.

Thus, though ultimately I accepted my inability to normalize eyesight without glasses, I have never lost faith in our evolutionary potential of ever elevating inner vision through mindful identification and diligent purification of mental defilements.

In the Bible (1 Corinthians 13:11-12), Paul observes that “now we see through a glass darkly”,  but that some day we shall fully know, as we are fully Known now by the Divine.   Now, we view our “reality” through the ‘mirror of the mind’, which imperfectly refracts and reflects the unseen light of Eternal Awareness onto the screen of our human consciousness.    But, with meditation and other mind-stilling methods, we can evolve and transform our mind mirror from opacity to translucency to transparency.  And thereby, with ever expanding  human consciousness and ever deepening insight, we can and shall ‘see’ more and more – we can and shall see what we couldn’t see before.