I have realized that the past and future are real illusions, that they exist in the present, which is what there is and all there is.
~ Alan Watts

Remember then: there is only one time that is important – Now!
It is the most important time because it is the only time when we have any power.
~ Leo Tolstoy

“The more we live moment by moment,
the more momentous our lives.”
~ Ron Rattner, Sutra Sayings 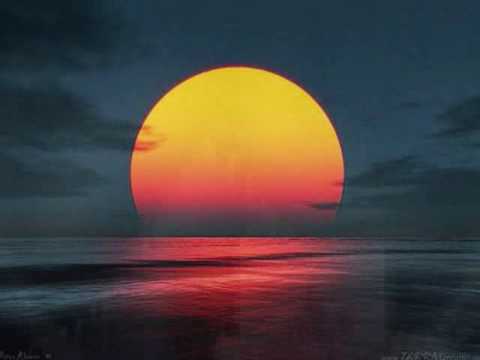 The following ‘channeled’ poem and above quotations, are about a key wisdom concept which is so important for spiritual evolution that with poetic license I’ve called it “the sacred secret of life”. That spiritual secret and my process leading to composition of the ‘secret of life’ poem are explained in comments below.

The Sacred Secret of Life

We evolve and revolve
ever seeking to solve
the sacred secret of life.

But the further we go
the less we know
the sacred secret of life.

The longer our history,
the greater the mystery of
the sacred secret of life.

Yet we never stop trying –
keep birthing and dying, for
the sacred secret of life.

Tho’ we may never solve it,
we’ll ever evolve it:
The sacred secret of life.

So in Awe we bow
to the ever NOW—

Ron’s audio recitation of “The Sacred Secret of Life”

Ron’s explanation of “The Sacred Secret of Life”

The foregoing “secret of life” poem was inspired by previously unimagined and unforgettable experiences which began after my midlife spiritual awakening. After many years of inner reflection, prayer and meditation, the poem was composed spontaneously during my extended post-retirement reclusive period.

Soon after my awakening, I was synchronistically introduced to Eastern spiritual wisdom through a friend who urged me to read an extraordinary book with an intriguing title – “Be Here Now”. It told about the spiritual transformation of Dr. Richard Alpert, Harvard Ph.D, into Ram Dass, a Western teacher of Eastern wisdom, after meeting his Hindu guru – Neem Karoli Baba.

“Be Here Now” was for me unlike any other book I’d ever before seen or read. Filled with beautiful calligraphy, art, and photos, it imaginatively presented a fascinating melange of Eastern ideas previously unknown to me, with many suggestions and ‘recipes’ for spiritual practices.

Some suggestions interested me, though I didn’t immediately adopt any of them. But the book and its memorable title planted seeds for spiritual practices which I later adopted. The first of these practices – simple repetition as a mantra of the word “Rama” soon miraculously manifested in my life, in a previously unimagined way, and with remarkable continuing consequences.

Gradually the book’s memorable title “Be Here Now!” became for me a key slogan for spiritual awakening; a reminder to live with a quiet mind in the present moment. Through experience and other spiritual teachings, I began to realize the profound evolutionary importance of mental stillness.

I was especially influenced by the teachings of contemporary sage J. Krishnamurti about how “freedom is found in the choiceless awareness of our daily existence and activity.” Much later I felt great resonance with the writings of contemporary teacher Eckhart Tolle, which emphasized “The Power of Now.” Perhaps most important were my experiences in following my beloved Guruji’s emphatic instructions to “meditate regularly”.

Only after many years of meditating regularly did my ‘monkey mind’ finally cease its ceaseless chatter, permitting me to choose whether “to think or not to think” – an option to enjoy precious moments of choiceless awareness. And by learning to live with a quiet mind in the present moment, I understood Patanjali’s Yoga Sutras’ key aphorism that “Yoga is the cessation of mind”; and I discovered that “The more we live moment by moment, the more momentous our lives;” and that “when all thoughts cease, we are at peace.”

Each of us has a unique space/time perspective and karmic history. So each of us has unique challenges and a unique ‘recipe’ for spiritual opening. But the ‘ingredients’ in every such ‘recipe’ are the same – only proportions differ. And precious presence – ‘being here now’ – is crucially important for everyone, not just those who knowingly seek spiritual advancement.

Being present is sometimes called being “in the zone” with a focused or stilled mind. Have you ever noticed how star artists and athletes perform at peak levels while “in the zone”?

Moreover, whether or not we are interested in Eastern wisdom or mindfulness or peak performance, every human being wants happiness, with minimal suffering. And to be in a state of precious presence with a stilled mind is of critical importance to experiencing happiness.

So for me “Be Here Now!” – like “Seek relief from belief” and “Undo Ego!” – has become a key motivational motto encapsulating a wisdom concept crucial to spiritual evolution from Earth life to Eternal Life.

Thus today’s quotations and poem are offered to inspire our ever expanding realization that “life can be found only in the present moment”, and that ultimately the Eternal happiness we all seek is beyond space and time, but paradoxically ever here NOW.

May we all experience growing happiness by learning to live in the precious present with ever quieter minds, thereby radiating Eternal LOVE and Light, which blesses the world, ever NOW.