“Ignorance is the root of all evil.”
~ Ron Rattner, Sutra Sayings

“Judge not, that you be not judged.
For with what judgment you judge, you will be judged; and with the measure you use, it will be measured back to you.”
~ Matthew 7:1-5

“We cannot change anything until we accept it.
Condemnation does not liberate, it oppresses.”
~ Carl Jung

“Great Spirit, grant that I may not criticize my neighbor
until I have walked a mile in his moccasins.”
~ Native American prayer

“One ought to examine himself for a very long time before thinking of condemning others.”
~ Moliere

“Judge not thy neighbor until thou comest into his place.”
~ Rabbi Hillel

“Only from the heart can you touch the sky.”
“People of the world don’t look at themselves,
and so they blame one another.”
“Your task is not to seek for love, but merely to seek and find
all the barriers within yourself that you have built against it.”
~ Rumi

“If we could change ourselves, the tendencies in the world would also change. As a man changes his own nature, so does the attitude of the world change towards him. … We need not wait to see what others do.”
~ Mahatma Gandhi

“Every action, every thought, reaps its own corresponding rewards. Human suffering is not a sign of God’s, or Nature’s, anger with mankind. It is a sign, rather, of man’s ignorance of divine law. . . .
Such is the law of karma: As you sow, so shall you reap. If you sow evil, you will reap evil in the form of suffering. And if you sow goodness, you will reap goodness in the form of inner joy.”
~ Paramahansa Yogananda 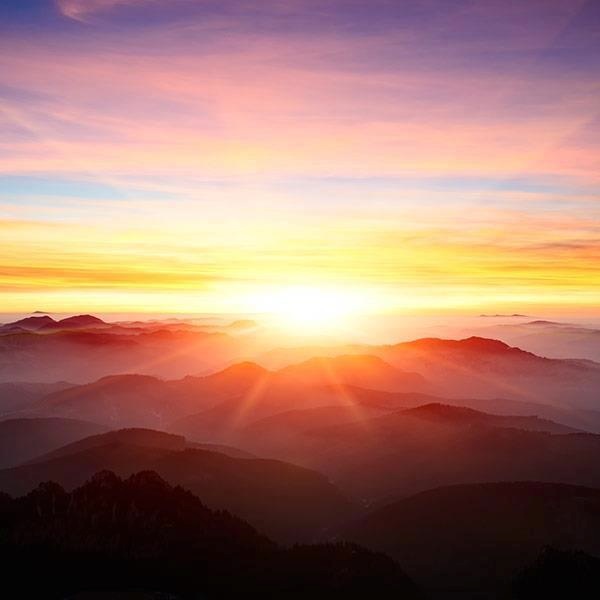 Introduction to Justice versus Judgment

As we enter an Aquarian age of immense opportunity with immense jeopardy, it has never before been so imperative for Humankind to heed and follow the ancient teachings of rare avatars and mystic masters to live as LOVE, in harmony with all Life everywhere.

For the first time in our recorded history we are forced to realize that because of advanced technologies any more war will probably trigger an omnicidal nuclear, ecological, biological, or radiological catastrophe insanely ending earth-life as we’ve known it.

Yet, paradoxically, we concurrently have gained unprecedented technical capacity to sustainably and peacefully transcend human suffering from injustice, exploitation, starvation and poverty. And in these very violent and politically polarized times of immense suffering, yet immense opportunity, many are awakening to our infinitely unlimited human potentialities by embracing unconditional LOVE for everyone and everything.

To help us learn to live as LOVE, the following essay and comments address often misunderstood perennial spiritual issues of justice versus judgment as demonstrated by the life and teachings of Jesus, who was a rare avatar and exemplar of Universal LOVE with social justice.

Because these teachings are extremely relevant to our unprecedented current era, I urge our deep reflection upon them.

Q. In his sermon on the mount, Jesus counseled “Resist not evil.” and “Judge not, that you be not judged.” But the Bible encourages us to live righteously and seek justice. How is it possible for us to pursue justice and righteousness without judging and resisting “evil”?*

A. By following our sacred heart with love, forgiveness and empathy we can live with justice and righteousness in a manner consistent with Jesus’ teachings – his words and life example.

Jesus was a rare Divine being who – like a Buddha or Krishna – transcended the illusion of separation from God. From his Divine perspective, Jesus realized and proclaimed that “I and the Father are one” [John 10:30] , and he perceived as “evil” only that which – from ignorance of Divine law – creates disharmony with Divine order and consequent suffering. But, as a loving Divine truth teller he did not condemn beings acting with the the illusion of separation from God – only their ignorant behaviors. [John:3:17]

Jesus knew that – until realizing our unity with Divinity – we reap as we sew. [e.g. Job 4:8; Galacians 6:7]; that we suffer the karmic consequences of our unconsciously unenlightened behaviors. Thus from his rare cosmic perspective he compassionately could see that our ignorant behaviors are karmically predestined, and do not arise from presumed free will.

As a Divine being, Jesus also knew that true Vision comes from intuitive insight, not eyesight; that our perceived separation from others and from Nature is an illusion of consciousness; and, that blind to our own repressed faults we often project them upon and detect them in others.

“People of the world don’t look at themselves, and so they blame one another.” [But,] “Only from the heart can you touch the sky.”

So Jesus cautioned the Pharisee fundamentalists of his time to

“Judge not according to the appearance,
but judge righteous judgment.” [John 7:24]
And he taught: “Judge not, that you be not judged.
For with what judgment you judge, you will be judged;
and with the measure you use,
it will be measured back to you.” [Matthew 7:1-5]

Thus, when fundamentalist Pharisees brought to Jesus a woman allegedly caught in adultery, a capital crime, Jesus challenged any one of them who was without sin to cast the first stone at her. Speaking as non-judgmental Divine Love, Jesus explained his refusal to condemn her thus:

Without judging beings but criticizing their disharmonious behaviors, Jesus was a passionate social reformer and redeemer who frequently decried hypocritical conduct and ethics by people who did not ‘walk their talk’ but practiced the very behaviors they decried – like those whose piety was on their tongue but not in their heart; those who claimed to love God but hated others. [John 4:20; Matthew 15:7-9]

And without judging the beings but their behaviors he cast out those hypocritically changing money and conducting commerce in the sacred temple courtyard, thereby demonstrating that we cannot serve both God and greed. [Matthew 6:24 and 21:12]

So, it appears that Jesus, who was a social reformer, did not intend to discourage us from living piously while seeking justice and righteousness for others and society. Bible passages against resisting “evil” or “judging” others are warnings against hypocritically and insensitively criticizing or opposing perceived faults or disharmonious behaviors in others which we cannot see in our own shadow selves.

Also, they are cautions against reflexive or revengeful resistance or opposition to perceived “evil”, because when we see ‘through a glass darkly’ what we resist persists.

Jesus’ admonition to not resist “evil” was given after his allusion to the Book of Exodus teaching about taking “An eye for an eye, and a tooth for a tooth” [Exodus 21:23-5] which was then misunderstood and strictly interpreted by Pharisees as encouraging revenge or retribution. But when we ignorantly act with reflexive revenge, we are disharmonious with divine law and must suffer the karmic consequences.

So rather than vindictively seeking retribution for wrongs, or reactively condemning others, or judgmentally attempting to change them, it is wise to first empathetically look within to see and change our own undesirable traits. Then like Gandhi we will “not cooperate with evil” but be the non-violent change we wish to see in the world and lovingly inspire others to do likewise.

*Because the New Testament gospels were all ‘hearsay’ written and translated from Aramaic into Greek and various other languages long after Jesus’ death, we cannot know with certainty the meaning or accuracy of current translations of his sermon on the mount. So there are many differing interpretations of the words “Resist not evil.” and “Judge not, that you be not judged.” Their true meaning and intent can best be determined from their context and from Jesus’ own Divine actions to uplift the world rather than condemn it. Our interpretation is intuitive, not scholarly, and based on perennial principles taught by most enduring religious, spiritual and ethical traditions, not just Christianity. You are free to question or reject it.

Ron’s comments on “Justice versus Judgment”.

This posting addresses perennial spiritual issues which are extremely relevant to the present advent of an unprecedented Aquarian age of great risk but great potential. Worldwide we are living in very violent and politically polarized times.

In order to peacefully resolve current critical political and environmental threats from a spiritual perspective, we must mindfully calm our fearfully disturbed, judgmental and reactive states of mind. Rather than vindictively seeking retribution for wrongs, or reactively condemning others, or judgmentally attempting to change them, it is wise to first empathetically look within to see and change our own undesirable mental habits. Thereby with quiet minds and open hearts we can non-violently and non-judgmentally resist injustice, while honoring the spiritual essence and universal equality of everyone everywhere.

The foregoing quotations and interpretations of Jesus’ scriptural teachings can help us consider important philosophical and pragmatic perspectives about issues of justice versus judgment. Also hereafter discussed is my relevant experience as a social justice attorney.

For much of my adult life as an egalitarian litigation lawyer, I tended to be judgmental and unforgiving of perceived wrongdoers. Thus, on retiring from legal practice in 1992 it was easy for me to stop lawyering – by deactivating my law license – but hard to stop gratuitously judging or blaming others who seemed to act hypocritically or harmfully.

But after my midlife spiritual awakening I decided that we are all here to evolve by gradually realizing and actualizing our common spiritual Oneness with all Life – beyond our mistakenly perceived separation from each other;  and, that we can advance such evolution by mindful identification, observation and purification of our mental tendencies and obscurations impeding realization of Oneness.

So, with increasing mindfulness, I began identifying my particular mental challenges and evolutionary opportunities in this lifetime.  And gradually I realized that – as a litigation lawyer and ardent social justice advocate – I had longtime propensities of often being outspokenly, acerbically, and reactively judgmental, unforgiving and sometimes angry about perceived injustices; that these tendencies were not helping others or me; and that they were impediments to spiritual evolution.

Since first identifying these unhelpful tendencies, it has been challenging for me to transcend them. Most challenging have been instances of apparently harmful betrayal of private or public trust.   Apart from numerous flagrant betrayals of public welfare by politicians and corporations which I have resisted, there have been a few unforgettable and psychologically traumatic events which I experienced as personal betrayals, but now see with forgiveness as disguised blessings which furthered my spiritual evolution.

Ultimately I have realized that blame, rancor or vengeance never change others and are always incompatible with a peaceful mind; that all unforgiving behavior is ego trying to preserve its falsely imagined separate identity; and, that any bitterness we harbor against a perceived “other” separates us from our divine Oneness.

“If you are harboring the slightest bitterness toward anyone, or any unkind thoughts of any sort whatever, you must get rid of them quickly. They are not hurting anyone but you. It isn’t enough just to do right things and say right things – you must also think right things before your life can come into harmony.”
~ “Peace Pilgrim – Her Life and Work in Her Own Words”

And because human unconsciousness and ignorance of our true self-identity is the root cause of all perceived evil, the Buddha taught that:

“To understand everything is to forgive everything.”

May these teachings help all of us learn to forgive everyone and everything,
and to not judge or condemn apparent evil,
but to nonviolently resist and transcend it
with love, righteousness and justice, and

May we thereby live ever happier, peaceful and harmonious lives.