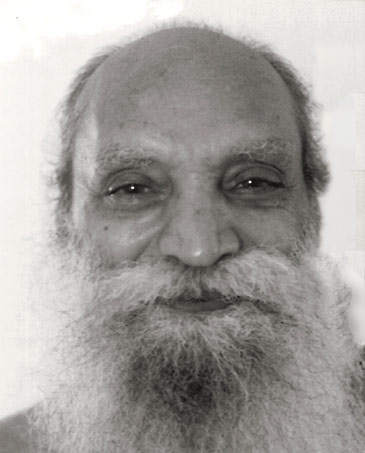 Throughout human history, countless beings have died and suffered in the name of religion, which is often asserted to hypocritically justify immoral partisan political or economic desires.

Because of advanced technologies, wars and other violent behaviors which for centuries have caused immense misery, now threaten all planetary life as we have known it.
So – at long last – humans urgently need to abandon wars and warlike behaviors,
including those waged in the name of religion.

The following quotations and comments about religion, are deeply dedicated to helping us achieve that urgent necessity.

“This is a time for us to remember that in the name of religion more people have died than in all the wars and natural calamities put together. Now more than ever we must understand that the purpose of religion is not to separate us.
True faiths don’t preach hatred and killing, nor did any of the prophets.
It is the people who interpret the scriptures who create the divisions.
Division comes if we put our ego into the teachings of these religions.
Let us strive to be free of that kind of egoism”
~ Swami Satchidananda

“People often ask me, “What religion are you?
You talk about the Bible, Koran, Torah. Are you a Hindu?”
I say, I am not a Catholic, a Buddhist, or a Hindu, but an Undo.
My religion is Undoism. We have done enough damage (with religious dogma). We have to stop doing any more and simply undo the damage we have already done.”
~ Swami Satchidananda – Beyond Words

“There is one Cosmic Essence, all-pervading, all-knowing, all-powerful.
This nameless formless essence can be approached by any name, any form, any symbol that suites the taste of the individual.
Follow your religion, but try to understand the real purpose behind all of the rituals and traditions, and experience that Oneness.”
~ Swami Satchidananda

“You are never dedicated to something you have complete confidence in.
No one is fanatically shouting that the sun is going to rise tomorrow.
They know it is going to rise tomorrow.
When people are fanatically dedicated to political or religious faiths or any other kinds of dogmas or goals, it’s always because these dogmas or goals are in doubt.”
~ Robert M. Pirsig, Zen and the Art of Motorcycle Maintenance

“Orthodoxy means not thinking — not needing to think.
Orthodoxy is unconsciousness.”
~ George Orwell, 1984

“Religion is confining and imprisoning and toxic
because it is based on ideology and dogma.
But spirituality is redeeming and universal.”
~ Deepak Chopra

“Wherever I look, I see men quarrelling in the name of religion —
Hindus, Mohammendans, Brahmos, Vaishnavas, and the rest.
But they never reflect that He who is called Krishna is also called Siva, and bears the name of the Primal Energy, Jesus, and Allah as well — the same Rama with a thousand names.
A lake has several ghats. At one the Hindus take water in pitchers and call it ‘jal’; at another the Mussalmans take water in leather bags and call it ‘pani’. At a third the Christians call it ‘water’. Can we imagine that it is not ‘jal’, but only ‘pani’ or ‘water’? How ridiculous! The substance is One under different names, and everyone is seeking the same substance; only climate, temperament, and name create differences.
Let each man follow his own path. If he sincerely and ardently wishes to know God, peace be unto him! He will surely realize Him.”
~ Sri Ramakrishna, The Gospel of Sri Ramakrishna

“Among all my patients in the second half of life …
there has not been one whose problem in the last resort
was not that of finding a religious outlook on life.”
~ Carl Jung

Yet, countless people have died and suffered throughout human history in the name of religion, which is often cited to hypocritically justify immoral partisan political or economic desires. Because of advanced technologies, wars and other violent behaviors which for centuries have caused immense miseries, now threaten all planetary life as we have known it. So – at long last – humans urgently need to abandon wars and warlike behaviors.

To end wars and warlike behaviors, it is imperative that we honor our sacred heart’s inner wisdom over divisive religious, political or economic beliefs, so as to transcend problems of violence created from lower ego levels of human consciousness.

With opened hearts let us stop treating others as we don’t wish to be treated ourselves,
by practicing the ‘do no harm’ “golden rule” of reciprocal empathy.

May we begin treating all sentient beings with kindness, compassion and empathy –
with the same dignity that they wish for themselves.