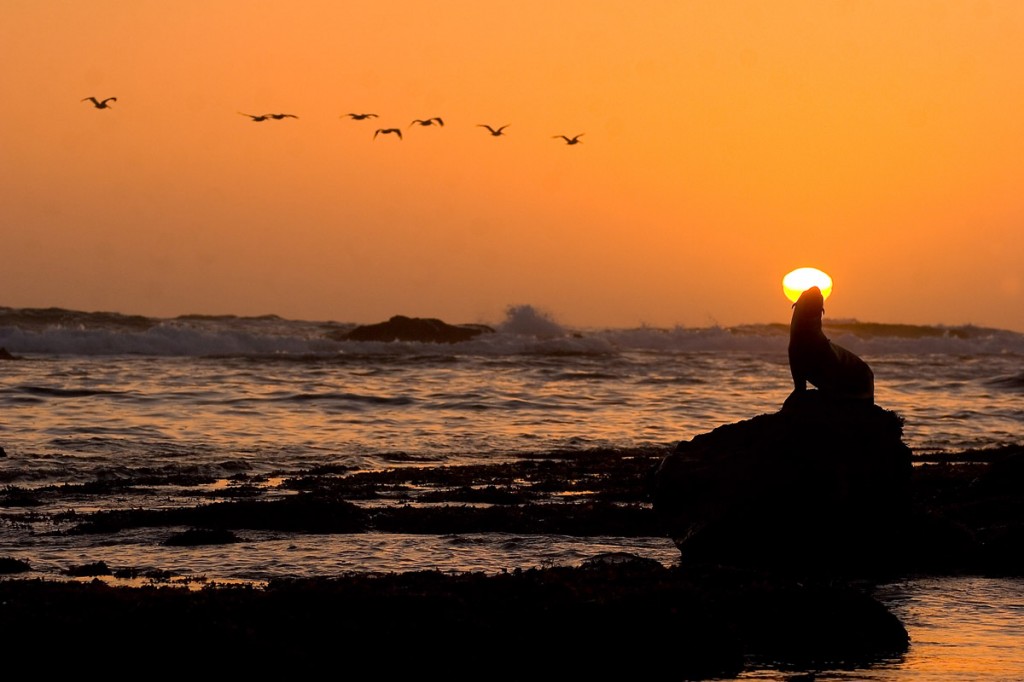 Both inner and outer life changed radically for me after my self-realization rebirth experience, and upon living alone after divorce. From living a ‘normal’ middle class life style, I began living outwardly like a Western ascetic, and inwardly with formerly unknown rich spiritual experiences.

I now realize retrospectively that my unforeseen new life unfolded and evolved perfectly, as if a Divine novelist was writing my life story’s script; and, that I have been and am now continually guided in my new life by increasingly frequent ‘miraculous’ synchronicities – meaningful or noteworthy ‘coincidences’ and premonitions – which Western science can’t yet explain.

Long-time worldly habits changed. Though I had always walked to my financial district law office, now almost every morning before walking to work I jogged alone for about an hour to the Golden Gate bridge.

Intuitively, and not because of anything I’d then heard or read, I gradually evolved from a common Western flesh food diet to a largely raw food vegetarian diet. Upon experiencing ‘withdrawal symptoms’ when I forgot my morning coffee one day, I realized that I’d become addicted to caffeine. So I stopped drinking coffee, and drank peppermint tea instead. As a vegetarian I became gradually unable to metabolize alcohol. So I stopped drinking beer and wine and all other alcoholic beverages (which I’d enjoyed since adulthood).

Instead of sleeping on a raised bed, I began sleeping on a futon on the floor. Instead of living in rooms filled with furniture and furnishings, I preferred a simple ‘Zen-like’ austere residential environment.

My ascetic new eating, drinking, sleeping and exercise habits have continued for over thirty years, though after suffering leg injuries in a 1988 car accident, I stopped jogging but kept walking usually for at least an hour a day.

Why did I turn to asceticism? Was it because of ascetic past lives? These remain yet unanswered but recurring questions.
Aside from changed worldly habits, my inner life became – and continues to be – like a spiritual detective novel, with ever new questions arising from new experiences and new realizations.

For many years, beginning with my three month period of extraordinarily high energy, I had numerous amazing mystical and psychic experiences, which repeatedly substantiated my post-out of body realization that the universe didn’t work the way I’d been taught or thought and sparked an intense quest for a new “reality” paradigm.

All these new incidents seemed quite “real”. They could not be readily rationalized away as “unnatural hallucinations” as they were not prompted by ingestion of any biological or chemical psychedelic or drug (which I didn’t use). Nor did I appear to have ‘gone crazy’, since I continued to function effectively as a litigation lawyer despite my new secret life.

After the unforgettable inner experience of seeing each of my thoughts manifest as a separate kaleidoscopic thought-form outside my body or brain, I intuited that thought was the genesis of all phenomenal reality. But I had no idea of how that could happen, and wondered about any such process. So with great curiousity I sought a new paradigm or world-view encompassing my new experiences of “reality”.

Ask and it shall be given, seek and ye shall find. Gradually, I was given synchronistic answers to my questions.

This process was accompanied by an ever increasing sense of awe and gratitude for our marvelous, miraculous and mysterious universe. Intense longing with ever growing gratitude gradually transformed a secular lawyer into a deeply devotional seeker of Truth – of answers to ultimately unanswerable questions of perennial philosophy.

And never again since the long-locked floodgate of tears was opened during the self-realization rebirth experience have tears failed to flow regularly. For many years, I cried so often and so profusely with deep longing for the Divine, that I was puzzled about what was happening to me.

But gradually, through synchronicity, I came to realize that I was experiencing a great transformative blessing known in the Catholic tradition of St. Francis of Assisi and St. Ignatius of Loyola as “the gift of tears”; a blessing similarly recognized in various other devotional and mystical spiritual traditions, including the ecstatic Sufism of Rumi, Hafiz and numerous others, and the Hindu tradition of bhakti yoga, which I followed for many years after synchronistically meeting my venerable Hindu guru, Sri Dhyanyogi Madhusudandas (Guruji).

Though never a frequent flyer, for many years I became – and remain – a very frequent crier. Tears have helped purify my body and nervous system permitting ‘peek experiences’ of higher states of consciousness. And I regularly experienced numerous other spontaneous and unpremeditated activities, feelings and sensations which helped further my spiritual evolution. For example, when not crying I often had what I now call ‘alternative LSD experiences’ of spontaneous (and sometimes ecstatic) Laughing, Singing, and Dancing.

Many years have passed since Guruji told me to write and publish my spiritual memoirs, so the memoirs have gradually shortened as they have been ‘edited’ and abridged by time. But the most valuable experiences were unforgettable. Hereafter, I will share with you some of them, with theories of what they might mean.