Even after all this time
the sun never says to the Earth,
“You owe me.”
Look what happens with a love like that.
It lights the whole sky.”
~ Hafiz

“I wish I could show you when you are lonely or in the darkness,
the astonishing light of your own being.”
~ Hafiz

“Love said to me,  there is nothing that is not me.  Be silent.”
~ Rumi

“If you could get rid of yourself just once, the secret of secrets would open to you. The face of the unknown, hidden beyond the universe would appear on the mirror of your perception.”
~ Rumi 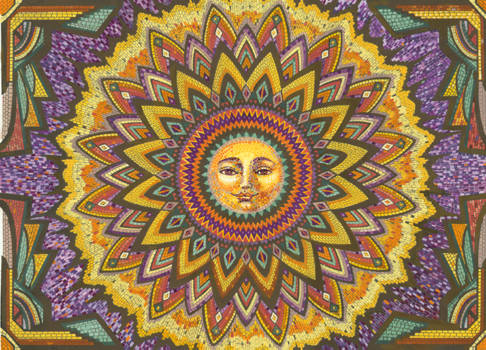 You are the sun in drag.

You are the sun in drag.

You are God hiding from yourself.

Remove all the “mine” – that is the veil.

Why ever worry about

Listen to what your friend Hafiz

The appearance of this world

Is a Magi’s brilliant trick, though its affairs are

You are a divine elephant with amnesia

Trying to live in an ant

You are God in

Written in Farsi, this poem was expertly translated to English by Daniel Ladinsky.  Yet my Iranian friends say that to be fully appreciated it must be read as originally composed.

But even for those of us who do not understand Farsi, the timeless genius of this poem, as translated, enriches and enlightens our hearts.

May we joyously join Hafiz in heartfelt gratitude as this Master poet importunes us:

“Join me in the pure atmosphere of gratitude for life.
Join my eyes and soul in their divine applause.”
~ Hafiz