“It is in love that we are made; in love we disappear.”
~ Leonard Cohen

“It is in dying to ego life,
that we are reborn to Eternal Life.”
~ Peace Prayer of St. Francis of Assisi (edited by Ron Rattner)

“It is crucial to be mindful of death —
to contemplate that you will not remain long in
this life. If you are not aware of death, you will
fail to take advantage of this special human
life that you have already attained. It is
meaningful since, based on it, important
effects can be accomplished.”
~ Dalai Lama – From “Advice on Dying: And Living a Better Life”
(written with Jeffrey Hopkins, PhD)

Whence come I and whither go I?
That is the great unfathomable question,
the same for every one of us.
Science has no answer to it.
~ Max Planck, Nobel Prize-winning physicist

“People .. who believe in physics, know that the distinction between past, present, and future is only a stubbornly persistent illusion.”
~ Albert Einstein 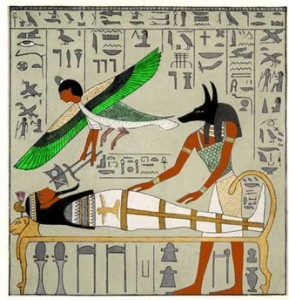 The mystery of bodily death has long been a central religious and philosophical issue.

Since midlife I have gratefully realized from previously unimagined mystical experiences that inevitable physical death does not end our conscious lifetimes, and that we can enjoy ever growing happiness and soul fulfillment as we lose all ego/mind fears and worries about death and dying.

My profound mystical realizations are explained and discussed in the following Q and A sutra essay verses and comments thereon.

These writings are shared to help inspire our Self realization that beyond ego illusions there is no time, no death or afterlife; that on transcendence of conceptual life, there is only eternal mystery of indescribable and unimaginable Infinite Potentially.

May these writings thereby advance humanity’s ever growing happiness free from fear of inevitable physical death, and all other fearful and negative earthly emotions, and elevate us to harmoniously live together with kindness and compassion, as LOVE.

Q:  Then, what is it we call death?
A:  A vacation – eternal life-force vacating a transient vehicle.

Have you ever considered what if anything happens after bodily death?

The mystery of what happens upon bodily death is an enduring philosophical and religious issue. It is therefore addressed in the above quotations and Q and A sutra essay verses, and in many other SillySutras postings revealing that beyond ego/mind illusions there is no death or afterlife – only Eternal Life NOW.

Physical death is inevitable and natural. But for many years it was largely a taboo subject in American society. Euphemistic language was used to describe death. Most Americans feared death, believing it ended life; they usually died in hospitals or other institutions, and not at home surrounded by family.

Today fear of death remains a major societal issue, impeding spiritual evolution, especially for Westerners.  Such fear arises from mistaken ego identification as only a mortal physical body rather than the eternal life-force which enlivens the body.  But gradually millions of people are transcending fear of death, and leading happier lives after near death [NDE], out of body [OOB] and other mystical experiences.

Since my midlife spiritual awakening I’ve realized that conscious contemplation of physical death can be spiritually important and helpful.

On meeting my beloved Guruji, Shri Dhyanyogi Madhusudandas, I learned that from childhood he had been preoccupied with two perennial puzzles: “Who am I?” and “What is death?”; that at age thirteen, inspired by irresistible inner longing for Self-realization, Guruji had run away from home in search of experiential answers to those enduring questions.   Ultimately his questions were answered through meditative experience.  Thereafter he taught that:

Also I’ve learned that Tibetan Buddhists encourage frequent contemplation of physical death as an important spiritual practice for optimizing opportunities of this precious lifetime, and in preparation for auspicious future lifetimes.  Thus the Dalai Lama has written that:

“It is crucial to be mindful of death —
to contemplate that you will not remain long in
this life. If you are not aware of death, you will
fail to take advantage of this special human
life that you have already attained. It is
meaningful since, based on it, important
effects can be accomplished.”
~ From “Advice on Dying: And Living a Better Life” by Dalai Lama and Jeffrey Hopkins, PhD

Inspired by Guruji, the Tibetan Buddhists, and mystical experiences, I developed deep curiosity and philosophical interest in the spiritual significance of death and dying, reincarnation, and karma.  And gradually I have realized the importance of these subjects.

So I’ve shared many stories, essays and poems about these subjects, which I commend to your attention. (Eg. See “related” posts and audio files linked below.)

Especially after suffering a June, 2014 near-death taxicab rundown, more than ever before I now frequently contemplate my inevitable – and perhaps imminent – death, with unspeakable gratitude for this precious human lifetime and for the evolutionary opportunities and happiness it has brought me.   Gratefully I have learned from experience that life is eternal and that “as we lose our fear of leaving life, we gain the art of living life.”

So this posting is dedicated to helping us find growing happiness free from fears and worries about inevitable physical death, and related fearful and negative emotions. So that we instead accentuate optimistic and compassionate feelings, attitudes, and behaviors, which bring us ever growing happiness and further our spiritual evolution.