“The soul never takes birth and never dies at any time nor does it come into being again when the body is created. The soul is birthless, eternal, imperishable and timeless and is never destroyed when the body is destroyed. Just as a man giving up old worn out garments accepts other new apparel, in the same way the embodied soul giving up old and worn out bodies verily accepts new bodies.” “The soul is eternal, all-pervading, unmodifiable, immovable and primordial.”
~ Bhagavad Gita, Chapter 2, Krishna to Arjuna 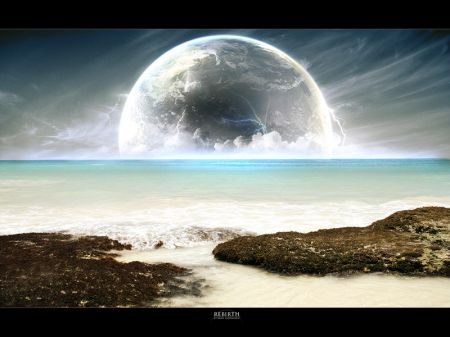 At Mid-life, a Rebirth to a New Life

Soon after my life-changing out of body experience (OOB) at a 1974-5 New Year’s ‘pot luck’ party, I learned that the experience had been triggered by my unwitting (and only) ingestion of cannabis; that the home-made desert cake which I had so enjoyed then was laced with marijuana. Though this initially raised doubts about the “reality” of the experience, it did not end my irresistible determination to find out what really had happened.

The New Year’s Eve experience was too vivid and too authentic to dismiss it peremptorily as a mere psychedelic hallucination. Yet it was so challenging to my egoic sense of self identity, that I was afraid to then share the experience with others. And as an upright, uptight officer of courts, I didn’t want to admit to anyone my ingestion – even unwittingly – of an illegal substance. So, I didn’t promptly tell Naomi or anyone else about my out of body experience.

Instead, sparked by the momentous question: “Who or what am I?”,
I began covertly exploring what happened.

Though busy with my law practice, I sporadically read articles and books about parapsychology and psychic phenomena, but not about sacred mysticism or spirituality, of which I remained ignorant. As I read and reflected, I intuited the validity of various reported metaphysical phenomena, but still hadn’t encountered information about out of body experiences, which I didn’t yet know were common.

However, irresistibly I kept thinking about my New Year’s Eve experience and its meaning. Though convinced of the authenticity of that experience, I suppressed conscious confirmation of it’s true significance until April, 1976 – fifteen months later – when it burst into consciousness from the subconscious, shattering the ego’s psychic shell, which until then had censored and suppressed such awareness.

By that time my marriage was ending and I was confused and troubled, trying to cope with the shock and trauma of divorce and its consequences. Naomi and I were then living separate and apart, but still in the same house, pending legal agreement on sale of the house, our only major economic asset. I had temporarily moved into a third floor attic room, anxiously awaiting my lawyer’s permission to move out. It was the unhappiest time of my life.

My heart was broken at the prospect of being permanently separated from our young children, Jessica and Joshua. But, I hadn’t yet experienced the depth of my emotional sadness, and – as an uptight man – hadn’t shed any tears during my entire adult life.

Then it began happening. I awakened one Monday in April, 1976, feeling an unprecedented slight pressure inside my head. It lasted all day, and was still present the next day – only slightly more intense. For the entire week, the feeling of pressure inside the head intensified each day.

With growing apprehension I began wondering whether I was developing a serious neurological disorder. But, ambivalently, I continued with my busy schedule without consulting a doctor. By the time the weekend arrived, I was experiencing, with considerable concern, great pressure inside my head – as if it was about to ‘explode’ from the inside out.

That weekend Naomi went away with the children, and I was alone in the attic room, when the ‘explosion’ finally happened. I was again wondering about the meaning of my New Year’s Eve out of body experience and the question “Who or what am I?”, when, at long last, I had a profound but simple insight that:

Thereupon the pressure in my head immediately ended, and I burst into unending flood of tears. [Synchronistically, I later realized that the head pressure was a symptom of ascending “kundalini” energy spontaneously purifying my nervous system, by opening subtle body energy channels (nadis).]

As I intensely and uncontrollably cried as never before, my body went into fetal position and spontaneously and convulsively I began gasping and hyperventilating with spasmodic movements. It was as if I was replicating a newborn baby’s emergence from the womb into this world via the mother’s birth canal. The crying, sobbing and ‘rebirthing’ process continued intermittently and spasmodically for twenty four hours, until finally I fell asleep.

Upon awakening, I felt extraordinarily different than ever before. Initially, instead of experiencing myself as a physical body, I experienced only consciousness of flowing lines of vital subtle energy channels , which I later associated with the ‘chi’ meridians described by Chinese acupuncture medicine and with nadis described by kundalini yoga.

Thereafter for almost three months, I needed very little sleep. I would habitually get into bed every night but slept very little, finding that customary restorative sleep wasn’t necessary. Though this extraordinary energy gradually waned and my former physical body experience returned, never again have I experienced life as I did before that self-identity insight and ‘rebirthing’ process.

Paradoxically, my prolonged mid-life birth canal emergence process may have been the first time in this life that I had an experience like a normal newborn’s journey through the birth canal. Prior to this ‘rebirth’ event, my highest spiritual energy experiences had happened when I was present in the delivery room at the births of Jessica and Joshua, our two beautiful children. But these were births of other beings. My own birth was a different story.

Early on November 8, 1932, the day of Franklin Delano Roosevelt’s first election, I was traumatically extracted with forceps from my mother’s body – a breech birth – after an exceptionally protracted but incomplete labor period.

Because of the psychological significance of perinatal trauma, I have wondered whether that breech birth extraction affected my personality, and whether it in any way triggered or contributed to my mid-life rebirth experience.

Some Western astrologers say that because I emerged at a very propitious time, when the Moon was in Pisces, I came into this world with an open Hearted tendency, not so characteristic of other Moon signs. So, despite the breech birth trauma, that birth time may have been a great blessing.