Civil disobedience becomes a sacred duty
when the state has become lawless or corrupt.
And a citizen who barters with such a state
shares in its corruption and lawlessness.”
~ Mahatma Gandhi

“Everything can be taken away from a man but one thing:
the last of the human freedom —
to choose one’s attitude in any given set of circumstances,
to choose one’s own way.”
~ Viktor Frankl

“Ultimate freedom is not
freedom of choice,
but freedom from choice.
Ego is free to choose,
but is never free.
Self does not choose,
but is ever free.”
~ Ron Rattner, Sutra Sayings 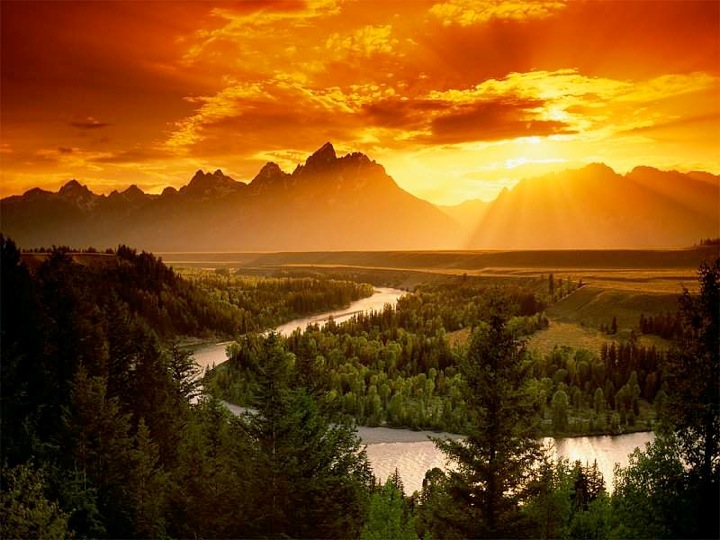 Notwithstanding the holiday season, I feel impelled to publish this serious “Freedom or Slavery” posting because we have reached an apocalyptically rare turning point in modern human history. While enjoying the holidays, I respectfully ask your brief review of the momentous Earth-life issues hereafter summarized with writings, links, and in two brief embedded videos.

It’s impossible to always be ego-free

Except for rare Buddha-like beings, it’s impossible for us to always be ego-free. Until we attain Self Realization, we’re all evolving beyond egoically misidentifying ourselves as separated from Source, instead of BEING as ONE immortal SELF.

While we so evolve, we have apparent separate free will. But until we transcend ego, we ‘reap as we sow’ and experience continuing karmic consequences, depending upon how we use our minds.


According to the Bhagavad Gita, the human mind can be our best friend or worst enemy. We can choose to use it to skillfully advance, or unwisely to deter, our spiritual evolution. (https://sillysutras.com/what-is-the-human-mind-is-it-best-friend-or-worst-enemy/)

Deeply held Gandhian social justice perspectives motivate publication of these “Freedom or Slavery” views (despite the holiday season) because we have reached an extremely rare social justice turning point in modern human history. Like Mahatma Gandhi, and his disciple Dr. King, we can “be the change” we wish to see if we relentlessly assert our fundamental human morality in non-violent civil disobedience to corrupt government decrees.

A “critical mass” of spiritually aware people can now assure human freedom from past earthly sufferings by relentlessly resisting and adamantly refusing to follow present immoral and unlawful pandemic decrees of our corrupt ruling “leaders”. These decrees are intended to initiate an unprecedented era of brainwashed cyborg slavery on surviving human societies – especially upon our children’s generations.

Therefore, this posting is urgently dedicated to protecting our children by inspiring a “critical mass” of spiritually aware adults to relentlessly refuse to obey immoral, hypocritical, and unlawful “new normal” pandemic decrees.

Previous postings explain why we have reached a rare turning point in human history and suggest how Gandhian civil disobedience methods can assure our skillful escape from exploitation and domination, thereby forever freeing us from needless suffering.

For example, I’ve suggested that we turn off all mainstream information media which are all dishonestly dominated and controlled by our “leaders”. In these extraordinary times, true information is systematically censored or mischaracterized, while brave truth-tellers are slandered or ridiculed if not totally censored. We must not be diverted or confused by false information or speculation, which is published with insidious motives.

For truthful information, we need to consider non-mainstream sources, especially those which are ridiculed, slandered or censored by mainstream media.
[See essay and authorities https://sillysutras.com/from-co-dependent-exploitation-to-co-creative-realization-a-rare-turning-point-in-human-history/.]

Also at https://sillysutras.com/time-cycling/ I’ve explained (with citations) why a small but growing number of spiritually aware humans (like Robert F. Kennedy, Jr. and Catherine Austin Fitts) are determined to nonviolently disobey unlawfully evil edicts of our “leaders” and “rulers”. which they see as deprivations of God-given and constitutional rights, confronting us with “slavery unless we choose freedom”.

2) A 4 minute video (completely censored from YouTube and mainstream media) of recent testimony at an Edmonton, Canada, City Council Committee meeting by Dr Roger Hodkinson who is former Chairman of the Royal College of Physicians and Surgeons committee in Ottawa, prior CEO of a large private medical laboratory in Edmonton, Alberta, and for the past 20 years Chairman of a Medical Biotechnology company based in North Carolina. He is a medical specialist in pathology, which includes virology, who trained at Cambridge University in the UK. His expert testimony details “utterly unfounded public hysteria driven by the media and politicians”.

Further, at https://sillysutras.com/spirituality-religion-and-politics-rons-memoirs/ I’ve explained (with detailed quotations and citations) how historically insidious repetition of outrageously false propaganda has been used to successfully terrorize societies which have thereby fearfully and insanely participated in outrageously immoral wars, killing countless innocent civilians and children.

Conclusion: Choose to BE FREE

We can and must end immoral exploitation empowering the (under 1%) obscenely-rich corrupt plutocratic ruling class at the expense of the (over 99%) rest of us.

By fearlessly and relentlessly refusing to obey malignantly immoral and unlawful pandemic decrees with mass Gandhian civil disobedience, we will quickly render these corrupt edicts enforceable.

And thus we will reject slavery, and forever
Choose to BE FREE.

These writings are deeply dedicated to encouraging and inspiring a “critical mass” of humankind to choose to BE Choicelessly FREE, by relentlessly refusing to obey malignantly immoral and unlawful pandemic decrees. And thereby to protect survival of our children’s generations, and to hasten our destined joyous proclamation that:

May our fearless disobedience of
“new normal” pre-planned pandemic propaganda decrees
hasten our destined spiritual evolution
to timeless Freedom –
And Realization that
Eternally we are: