“I consider myself a Hindu, Christian, Moslem, Jew, Buddhist and Confucian.”
~ Gandhi

“Not Christian or Jew or Muslim, not Hindu, Buddhist, Sufi, or Zen.
Not any religion
My place is the placeless, a trace of the traceless.
Neither body or soul.”
~ Rumi 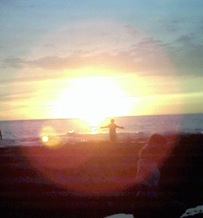 I Have Learned So Much ~ by Hafiz

I have learned so much from God
That I can no longer call myself
a Christian, a Hindu, a Muslim, a Buddhist, a Jew.

The Truth has shared so much of itself with me
that I can no longer call myself
a man, a woman, an angel
or even pure soul.

Love has befriended me so completely
It has turned to ash and freed me
of every concept and image
my mind has ever known.

-Hafiz, translated by Daniel Ladinsky in
The Gift: Poems by Hafiz the Great Sufi Master


Ron’s Reflections on “I Have Learned So Much” ~ by Hafiz

“I Have Learned So Much” by Sufi Poet-Saint Hafiz, is one of the most inspiring writings on this website.

Though composed seven centuries ago, Hafiz’s enlightened verses continue to bless the world as LOVE.

And they deeply inspire our soul’s remembrance that – beyond any words or concepts or religious rules – Eternal LOVE is the only Reality.

As we read these illumined verses may we – like Hafiz – be freed as LOVE “of every concept and image (that) mind has ever known.”