“In everything do to others as you would have them do to you;
for this is the law and the prophets.”
~ Matthew 7:12

“Judge not, that you be not judged.
For with what judgment you judge, you will be judged;
and with the measure you use, it will be measured back to you.”
~ Matthew 7:1-5

“Those who say religion has nothing to do with politics
do not know what religion is.”
“I claim that human mind or human society is not divided
into watertight compartments called social, political and religious. All act and react upon one another.”
~ Mahatma Gandhi 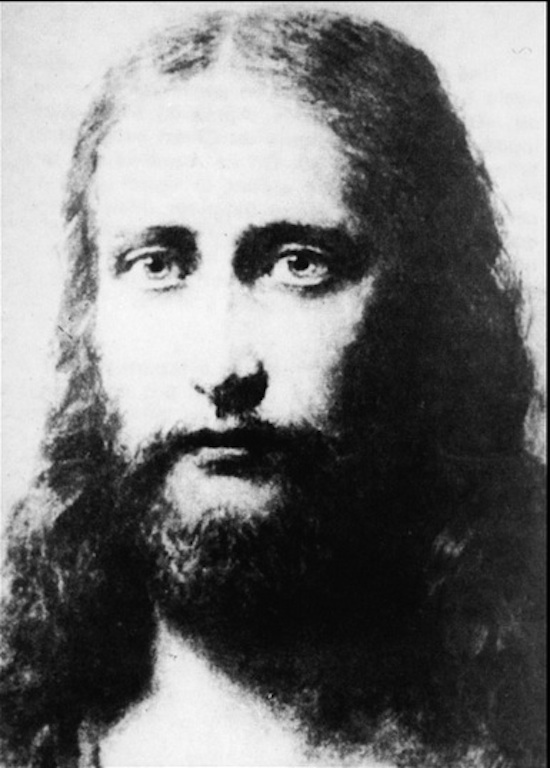 In my memoirs about Spirituality, Religion and Politics I recounted the history of my egalitarian social justice politics and Gandhian political philosophy. And I explained how my political/philosophical and spiritual/moral perspectives have helped me become an ever vigilant and concerned spiritual citizen of our beautiful blue planet Earth, with ever expanding happiness and gratitude for this hallowed human lifetime.

Hereafter posted is a collection of political/moral quotations which have helped me. They are shared with the deep aspiration that they may help all of us remember the sanctity of Earth-life, until ultimately we realize that everything’s holy; and, that nothing’s really Real, but Divine LOVE.


“The only thing necessary for the triumph of evil is that good men do nothing”
~ President John F. Kennedy, quoting Philosopher Edmond Burke

“One of the penalties for refusing to participate in politics is that you end up being governed by your inferiors.”
~ Plato

“Wanting to reform the world without discovering one’s true self is like
trying to cover the world with leather to avoid the pain of walking on
stones and thorns. It is much simpler to wear shoes.”
~ Sri Ramana Maharshi

“There will be no end to the troubles of states, or of humanity itself, till philosophers become kings in this world, or till those we now call kings and rulers really and truly become philosophers, and political power and philosophy thus come into the same hands.”
~ Plato

“Let not any one pacify his conscience by the delusion
that he can do no harm if he takes no part, and forms no opinion.
Bad men need nothing more to compass their ends,
than that good men should look on and do nothing.”
~ John Stuart Mill, Philosopher

“In our age there is no such thing as “keeping out of politics.” All issues are political issues, and politics itself is a mass of lies, evasions, folly, hatred and schizophrenia.”
~ George Orwell – “Politics and the English Language,” 1946

“I am a firm believer in the people. If given the truth, they can be depended upon to meet any national crisis. The great point is to bring them the real facts.”
~ Abraham Lincoln

“If you tell a lie big enough and keep repeating it, people will eventually come to believe it. The lie can be maintained only for such time as the State can shield the people from the political, economic and/or military consequences of the lie. It thus becomes vitally important for the State to use all of its powers to repress dissent, for the truth is the mortal enemy of the lie, and thus by extension, the truth is the greatest enemy of the State.”
~ Joseph Goebbels

“Naturally the common people don’t want war: neither in Russia, nor in England, nor for that matter in Germany. That is understood. But after all it is the leaders of a country who determine the policy and it is always a simple matter to drag the people along, whether it is a democracy or fascist dictorship, or a parliament or a communist dictatorship. Voice or no voice, the people can always be brought to the bidding of the leaders. That is easy. All you have to do is tell them they are being attacked, and denounce the peace makers for lack of patriotism and exposing the country to danger. It works the same in any country.”
~ Hermann Goering, at the Nuremberg Trials

“An oligarchy of private capital cannot be effectively checked even by a democratically organized political society because under existing conditions, private capitalists inevitably control, directly or indirectly, the main sources of information.”
~ Albert Einstein

“A nation that continues year after year to spend more money on military defense than on programs of social uplift is approaching spiritual doom.”
~ Dr. Martin Luther King, Jr.

Where is the justice of political power if it… marches upon neighboring lands, killing thousands and pillaging the very hills?
~ Kahlil Gibran

“Don’t let anybody make you think God chose America as His divine messianic force to be a sort of policeman of the whole world.” .. “We must learn to live together as brothers or perish together as fools.” ..“The choice is not between violence and nonviolence but between nonviolence and nonexistence.”
~ Dr. Martin Luther King, Jr.

In religion and politics people’s beliefs and convictions are in almost every case gotten at second-hand, and without examination, from authorities who have not themselves examined the questions at issue but have taken them at second-hand from other non-examiners, whose opinions about them were not worth a brass farthing.
~ Mark Twain, Autobiography

“At least two thirds of our miseries spring from human stupidity, human malice and those great motivators and justifiers of malice and stupidity, idealism, dogmatism and proselytizing zeal on behalf of religious or political idols.”
~ Aldous Huxley

“Many ancient Indian masters have preached nonviolence as a philosophy.  That was a more spiritual understanding of it.  Mahatma Gandhi, in this twentieth century, produced a very sophisticated approach because he implemented that very noble philosophy of nonviolence in modern politics, and he succeeded.  That is a very great thing.  It has represented an evolutionary leap in political consciousness, his experimentation with truth.”
~ H.H. Dalai Lama, from “The Dalai Lama, A Policy of Kindness”

“What is a wife and what is a harlot? What is a church and what
Is a theatre? are they two and not one? can they exist separate?
Are not religion and politics the same thing? Brotherhood is religion,
O demonstrations of reason dividing families in cruelty and pride!”
~ William Blake

“Your daily life is your temple and your religion. …
Is not religion all deeds and all reflection,
And that which is neither deed nor reflection,
but a wonder and a surprise ever springing in the soul,
even while the hands hew the stone or tend the loom?
Who can separate his faith from his actions, or his belief from his occupations?
~ Kahlil Gibran, “The Prophet”

“The greatest religion is to be true to your own nature. Have faith in yourselves!”
~ Swami Vivekananda

“The religion of the future will be a cosmic religion. It should transcend a personal God and avoid dogmas and theology. Covering both natural and spiritual, it should be based on a religious sense arising from the experience of all things, natural and spiritual and a meaningful unity.”
~ Albert Einstein

You are never dedicated to something you have complete confidence in. No one is fanatically shouting that the sun is going to rise tomorrow. They know it is going to rise tomorrow. When people are fanatically dedicated to political or religious faiths or any other kinds of dogmas or goals, it’s always because these dogmas or goals are in doubt.
~ Robert M. Pirsig, Zen and the Art of Motorcycle Maintenance

“Don’t you see that the whole aim of Newspeak is to narrow the range of thought?… Has it ever occurred to you, Winston, that by the year 2050, at the very latest, not a single human being will be alive who could understand such a conversation as we are having now?…The whole climate of thought will be different. In fact, there will be no thought, as we understand it now.”
“Orthodoxy means not thinking—not needing to think. Orthodoxy is unconsciousness.”
~ George Orwell, “1984”

Even a purely moral act that has no hope of any immediate and visible political effect can gradually and indirectly, over time, gain in political significance.
~ Vaclav Havel

“Don’t let anybody make you think God chose America as His divine messianic force to be a sort of policeman of the whole world.” .. “We must learn to live together as brothers or perish together as fools.” ..“The choice is not between violence and nonviolence but between nonviolence and nonexistence.”
~ Dr. Martin Luther King, Jr.

“Capitalism does not permit an even flow of economic resources. With this system, a small privileged few are rich beyond conscience, and almost all others are doomed to be poor at some level. That’s the way the system works. And since we know that the system will not change the rules, we are going to have to change the system.”
~ Dr. Martin Luther King, Jr.

“It is important that we conduct our… life with compassion, with kindness.
Without compassion, you can’t be happy, no matter how rich you are.
You become isolated and trapped within your own world,
unable to relate to people or understand them.
Running after profit at the expense of compassion hurts you as much as it hurts other people.”
“When you look deeply, you see the pain and suffering in the world, and
recognize your deep desire to relieve it. You also recognize that bringing joy to
others is the greatest joy you can have, the greatest achievement. In choosing to
cultivate true power, you do not have to give up your desire for the good life.
Your life can be more satisfying, and you will be happy and relaxed, relieving
suffering and bringing happiness to everyone.”
~ Thich Nhat Hanh, The Art of Power, Introduction

“The only purpose for which power can be rightfully exercised over any member of a civilized community, against his will, is to prevent harm to others. His own good, either physical or moral, is not a sufficient warrant. He cannot rightfully be compelled to do or forbear because it will be better for him to do so, because it will make him happier, because, in the opinion of others, to do so would be wise, or even right… The only part of the conduct of anyone, for which he is amenable to society, is that which concerns others. In the part which merely concerns himself, his independence is, of right, absolute. Over himself, over his own body and mind, the individual is sovereign.”
~ John Stuart Mill, Philosopher, On Liberty

The foregoing quotations confirm that fundamental issues of spirituality, morality and politics are often inextricably intertwined.  Each of us must morally resolve such issues from our unique perspectives of “reality”, as seemingly separate souls.

Particularly in this pivotal “new normal” era in human history, these writings are deeply dedicated to uplifting everyone everywhere to higher states of consciousness, spiritual freedom, and happiness.

May they so guide us, and thereby help us remember the sanctity of all Earth-life, as we inevitably return to our ONE inner Source, and realize that nothing’s really Real, but Divine LOVE!