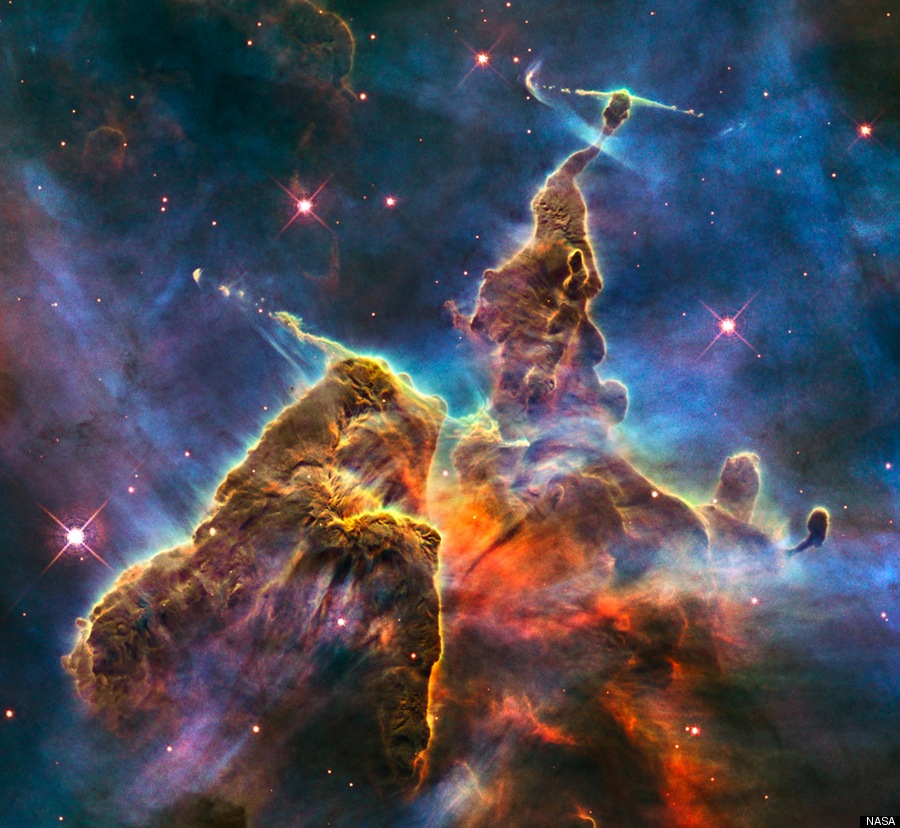 “Time, space and causation are like the glass through which the Absolute is seen.
In the Absolute there is neither time, space nor causation.”
“Science and religion will meet and shake hands…
When the scientific teacher asserts that all things are the manifestation of one force,
does it not remind you of the God of whom you hear in the Upanishads?
Do you not see whither science is tending?”
~ Swami Vivekananda – “The Real and the Apparent Man”, 1894 lecture

Is space/time really REAL, or is it illusory?

For millennia, space/time mystic masters have revealed from their inner-explorations that all we see or seem is mental illusion, ‘samsara’ or ‘maya’ – like a persistent day dream from which we can awaken, just as we awaken from nocturnal dreams.

But during the industrial age such non-materialistic world-views were largely supplanted by materialist Newtonian science which reified and objectified human perceptions. Only for the past hundred years have revolutionary quantum scientists – like Albert Einstein and Max Planck – begun confirming perennial mystic insights that “Reality is merely an illusion, albeit a very persistent one”, so that “our separation of each other is an optical illusion of consciousness.” because “matter is derivative from consciousness”.

“I regard consciousness as fundamental. I regard matter as derivative from consciousness.
~ Max Planck, Nobel Prize-winning physicist

Although the relativity and quantum hypotheses of the last century were consistent with perennial mystical insights, most people psychologically deny or cognitively repress ideas inconsistent with their deeply inculcated core beliefs about supposed material ‘reality’ or self-identity.

Thus, conventional societies and scientists have been extremely slow in accepting the revolutionary relativity and quantum hypotheses of the last century. But many mainstream scientists have now begun seriously entertaining – with some accepting – a theory known as “The Simulation Hypothesis” – that what we deem “reality” is in fact a computer-generated digital simulation.

In the Matrix film Trilogy a hacker named “Neo” – after digesting a revelatory “red pill” – awakens to discover that his entire world is an artificial universe created by computers which have imprisoned humans; that, with countless other deluded souls, he’s existed like a ‘living-battery’ whose body has been energetically charging a computer simulation/dream in a digitally pre-programmed virtual or simulated world.

“What has been will be again,
what has been done will be done again;
there is nothing new under the sun.”
~ Ecclesiastes 1:9 (attributed to King Solomon)

In 1894 Swami Vivekananda predicted Western scientific confirmation of the ancient Vedic non-dual philosophy of One Infinite Existence beyond relative reality: that “science and religion will meet and shake hands.”

Ron’s comments on “The Simulation Hypothesis” as “Samsara 3.0”.

Almost all wrings posted on SillySutras.com followed inner experiences and insights from my midlife spiritual awakening process. They were mostly ‘channeled’ or intuited during an extended post-retirement reclusive period of prayer and meditation without any computer, TV, or daily newspaper. Yet decades later, these experiential insights still seem timelessly true. Thus, from my post-awakening perspective, “The Simulation Hypothesis” is just another name for what the ancient Masters called samsara or maya.

Hence, I’ve called it “Samsara 3.0” while still accepting that space/time ‘reality’ is an optical ego-illusion of consciousness, in which we are seemingly separate entities. Nonetheless, I remain reverentially awed by the beauty and ever-mysterious magnificence of Nature, with which Humankind must remain mindfully harmonious until transcending as universal LOVE our separate-entity ego-illusions.

Some people who allegedly accept the simulation hypothesis (like prominent engineer/entrepreneur Elon Musk), are purportedly afraid that Humanity might inadvertently self-destruct by catastrophically mistaken use of artificial intelligence (AI). Such fears only perpetuate karmic suffering, and I reject them. As non-dual and indestructible eternal spirit, we have nothing to fear but fright.

Spiritual physicist, author and lecturer Thomas W. Campbell, also sees humans as immortal souls, and asserts that we are about to prove scientifically that humans are living and learning Love in a digitally pre-programmed matrix – a virtual or simulated ‘soul-school reality’.

After years as a self-described “born-again Hindu”, I became and remain “an Uncertain Undo” – an auto-didactic ‘student of life’ matriculating on “the Earth branch of the Great Cosmic University”.  Ultimately – like Thomas Campbell – I have intuited that we are about to prove scientifically that humans are living and learning Love in a digitally pre-programmed matrix – a virtual or simulated ‘soul-school reality’. And like Campbell but unlike Elon Musk, I optimistically believe that as eternal spirits we have nothing to fear but fright, because Life is indestructible and eternal.

So I agree with Swami Vivekananda’s above prescient prediction that Western science will affirm ancient Vedic non-duality insights of ONE Absolute “Reality” beyond space/time/causality. And I believe that, realizing such ONENESS, Humanity will at long last reject destructive illusionary beliefs and behaviors which have brought our space/time ‘Love-learning-laboratory’ to the apparent brink of ecologic and nuclear catastrophe.

Further I am experientially persuaded of the timeless verity of Eastern philosophical teachings that in this space/time world of duality/causality, we suffer karmically from unskillful ego-thoughts, words and deeds, until realizing as Eternal LOVE the true non-duality nature of Reality, Self and all phenomena.

Regardless of whether we seek ‘escape’ from imprisonment in a theoretical matrix-like computer simulation, everyone yearns for eternal peace and happiness.

May our reflections on The Simulation Hypothesis as “Samsara 3.0”
inspire discovery of such happiness,
and transcendence of illusionary egoic fears, beliefs and disharmoniously destructive behaviors
which inevitably perpetuate karmic suffering.