“A yogi’s body is like a baby’s body.”
~ Shri Dhyanyogi Madhusudandas

“Can you coax your mind from its wandering and keep to the original oneness?
Can you let your body become supple as a newborn child’s?
Can you cleanse your inner vision until you see nothing but the light?
Can you love people and lead them without imposing your will?
Can you deal with the most vital matters by letting events take their course?
Can you step back from your own mind and thus understand all things?
Giving birth and nourishing, having without possessing, acting with no expectations, leading and not trying to control: this is the supreme virtue.”
~ Lao Tzu – Tao Te Ching – Chapter 10,  Translated by Stephen Mitchell

“Health is the greatest gift, contentment the greatest wealth, faithfulness the best relationship.”
“To keep the body in good health is a duty, for otherwise we shall not be able to trim the lamp of wisdom, and keep our mind strong and clear.”
~ Buddha

“The first preliminary practice consists of recognizing and giving value in its right measure to the precious human existence and the extraordinary opportunity that it gives to us to practice Dharma and to develop spiritually. It is naive to expect that such a favorable juncture will repeat continuously. Moreover, life is too short. ….If we bear in mind all these things, we will soon realize the need to take advantage of the opportunity that the precious human existence gives us to fully develop all the potential of our being.”
~ Kalu Rinpoche – Foundations of Tibetan Buddhism 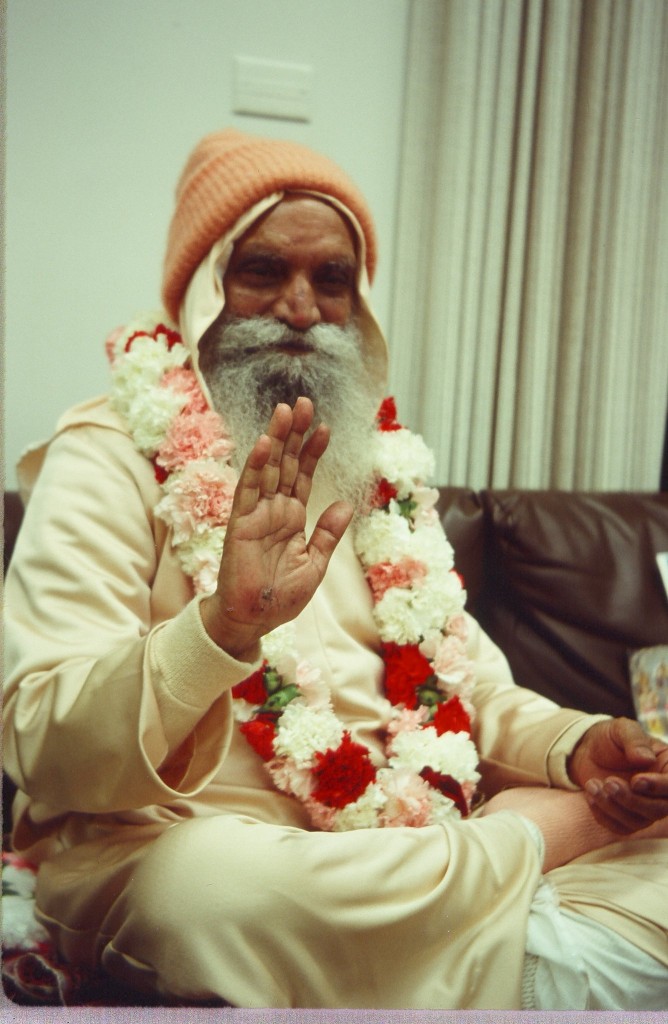 Eastern spiritual paths identify human incarnation as an extraordinarily precious opportunity to evolve – beyond that of any other life-form; Buddhist and Hindu teachings say that for enlightenment it is better to be born human than even in a heavenly realm.

Before my mid-life spiritual awakening, I self-identified only with my body/mind and its story. Though I cherished my health, I was totally unaware of esoteric evolutionary perspectives about preciousness of human incarnation. But, since realizing that I was and am much more than my body and its story, I have deeply reflected on the significance and purpose of a human lifetime.

My 1976 realization that I was not my body or its thoughts, but pure awareness, followed a prior out of body experience [OOB] and sparked an amazingly intense ‘rebirth’ process, with convulsive crying, hyperventilation and spasmodic bodily movements. Immediately after that realization/rebirth process I briefly experienced myself not as pure consciousness but as meridians of flowing life-force energy, like those corresponding to ancient Chinese acupuncture teachings. Then I soon returned to “normal” bodily consciousness, but with greatly enhanced vital energies which continued for several months.

Thereafter, with great curiosity sparked by these new experiences, I began wondering about the nature and importance of the human body. And, synchronistically, I gradually learned with interest about body-work disciplines like massage, acupuncture, chiropractic, osteopathic, and various mind-body bio-energetic therapies. All these therapies aimed to stimulate or release flow of ‘trapped’ or blocked life-force energies.

I realized that my intense rebirth experience had temporarily released for me a previously unimaginable flow of vital energies (chi or prana), which gradually had abated as I returned to ‘normal’ consciousness. So, I became highly motivated to again access that hidden reservoir of vital energy. Thus, before meeting Guruji I had received chiropractic manipulations and had several sessions with a Reichian therapist to enhance and balance vital body energies. But I had not again experienced the extraordinary vitality which immediately followed my rebirth experience.

Then, after meeting Guruji and observing his amazing physical prowess, even as a centenarian, I learned that he received frequent massages from very few close disciples, which supposedly enhanced his physical well-being, while blessing those privileged disciple/masseurs who in touching his body experienced direct transmission of his extraordinarily intense and powerful cosmic life-force energy (“shakti”).

I began wondering about the relationship, if any, between Guruji’s regular massages, his extraordinary physical condition and his amazing ability to transcend ‘normal’ physical limitations. Then, while Guruji was staying at my apartment, just before his 1980 return to India, I had an unforgettable synchronistic experience with him that related to my mind/body questions.

One weekend morning when I was home from work, I was invited for the first and only time to give Guruji a massage – a rare blessing and privilege. As I began massaging Guruji’s then 100 year old body, I was astonished at its flexibility and softness.

Then, suddenly, I exclaimed in utter amazement:

“Guruji your body is so supple!”

I became and remained intensely curious about Guruji’s revelation that my body was like a prison. I wondered how and why ‘I’ was ‘imprisoned’, and how ‘I’ could get out of ‘jail’ – free like Guruji. Was I imprisoned by body stiffness from subconsciously stored traumas? It was apparent that my body was not supple like Guruji’s body. Though half his age, I couldn’t even sit with crossed legs, much less stand on my head or perform the other advanced yogic postures (asanas) that Guruji demonstrated.

As I remembered the extraordinary vitality which temporarily followed my rebirth “peek” experience, I intuited that it was a glimpse of a potentially achievable bodily state well beyond anything I had theretofore imagined. But how could I restore that state? And even if possible, would the restoration of such a state allow me to get out of prison at will, like Guruji? That remained a mystery.

Gradually and synchronistically, I have been given insights about the bodily ‘prison’ mystery, but haven’t yet ‘solved’ it.

Most memorably, in 1982 I was profoundly moved and inspired by Paramahansa Yogananda’s “Autobiography of a Yogi”. There in Chapter 43, Yogananda recounts an unforgettable visit from his beloved Guru, Sri Yukteswar, who miraculously resurrected and reappeared to Yogananda in physical form a few months after his physical death. Yukteswar then explained to Yogananda the genesis of human physical, astral, and causal bodies, saying:

“The mere presence of a body signifies that its existence is made possible by unfulfilled desires.” “The power of unfulfilled desires is the root of all man’s slavery…”
“Physical desires are rooted in egotism and sense pleasures.”
“So long as the soul of man is encased in one, two, or three body-containers,
sealed tightly with the corks of ignorance and desires, he cannot merge with the sea of Spirit.”
~ Sri Yukteswar
(As recounted by Paramahansa Yogananda in Autobiography of a Yogi, Chapter 43)

Upon reading Sri Yuktewar’s words, I intuitively and reflectively accepted them as true. And I remembered that Guruji had revealed in San Francisco lectures on “Death, Dying and Beyond” that during a 1971 ‘near death experience’ he had been sent back by Lord Rama from a heavenly realm to his physical body because of his unfulfilled desires to help people.
*[See footnote]

I realized that all phenomena and forms – including human forms – that appear in this space/time reality interdependently originate in subtle energy planes pursuant to mysterious laws of causality. And I remembered that even though Guruji had evolved beyond limits of ordinary human consciousness, he had remained in a human body, but with amazing ability to transcend ordinary physical limitations, only because of his unselfish desires to help others. Whereas it was obvious that I was ‘imprisoned’ by bonds of ego desire and ignorance mentioned by Sri Yukteswar.

So, thereafter, I became highly motivated to transcend all such egotistic bonds, and to get out of ‘prison’ – free like Guruji. Expressing these aspirations, I soon wrote (or channeled) sutras and poems like these:

And space’s for places
Where I’m –
Entangled here in time.

We’ll never have all we want ’til we want just all we have;

So – topping our wish list, is our wish to be wish-less.

For ’til we stop wishing, we’ll ever be wanting.

Though at first – longing to be merged with the Divine – I fervently aspired to transcend all physical and subtle desires, I came to realize that my aspiration was in itself a subtle desire. So, intuitively I began with ever increasing heartfelt faith in universal Awareness – the Tao – to surrender to the mysterious Infinite – “to let go, and go with the flow”.

Deeply inspired by the Buddhist Bodhisattva ideal of altruistically helping all beings end their sufferings, I gradually stopped trying to transcend this world. But with ever growing gratitude I began accepting my life as a cherished evolutionary opportunity; an opportunity to be in my precious human body in a compassionate and loving way which – at subtle levels – might help all life everywhere.

Though I always cherished and appreciated good health, more than ever before I have become mindful of my bodily needs for appropriate nourishment, exercise, and rest, and have tried to satisfy those needs in a natural way. And remembering that subtle life-force energies are the genesis of every physical form or phenomenon, I have become ever more alert to my thoughts, emotions and attitudes which may influence physical well-being.

Though, unlike Guruji, I have not yet transcended subtle desires and ignorance and am still ‘imprisoned’ in my body, I aspire to emulate his wise and compassionate way of being in this world. Recently, for the first time in this life, I have even started treating my body to regular massages.

Who knows, maybe some day I’ll be able to report to you the massage that ‘sets me free’?


*Footnote
In 1971, during a terrible Gujarati draught and famine, Guruji became extremely sick and exhausted from selflessly helping people and animals. Guruji’s physical body died, and his soul traveled to the heavenly domain of his “Ishta-Devata” Lord Rama – the principal Divine form of his devotional practices. Though Guruji wished to remain forever in Rama’s indescribably loving Presence, he was told that he would have to return to his Earthly body because of his unfulfilled desires to help people, whose images were then shown to Guruji. Rama told him: “So long as there are any desires in your mind, … you must return to fulfill those desires.”