The soul of man has been separated from its source,
wandering in exile in a strange land –
“I am stranger on earth” (Psalm 119:19-20) –
ever yearning to return to that from which it first sprang,
and cleave to the Soul of all souls.”
~ Ba’al Shem Tov, Hasidic master

The best things in Life are Forever FREE!
~ Ron’s Memoirs

At age ninety, I’m still learning from ever-changing life experiences as an elder seeker of Self-Realization. So (while still physically incarnate) I’m updating my memoirs to emphasize and explain my following most crucial spiritual life perspectives and insights learned so far from this precious human lifetime:


Never forget that our true human identity is immortal Cosmic Consciousness; that as embodied Human Souls we appear as illusionary space/time energy forms, until we’re formlessly dissolved as ONE LOVE within Mother/Father/God – the Eternal Source from which we’ve never separated. So never fear or psychologically accept as “real” any perceived Earth-life threats to our immortality. Always follow your Heart, remembering that our separation from ONE LOVE never happened. So we’ve nothing to fear – EVER.

Over forty five years ago, I began seeing Earth-life as an experiment in dense 3D space/time, with each human soul on a unique inner pathless path to solving that energy experiment by forever following their Heart.

Today and in my most recent memoirs posting, I’m optimistically predicting that our Earthly experiment in time will soon end, as a “critical mass” of human souls imminently awakens from eons of matrix thralldom by evil entities, which cannot survive in energies beyond illusionary fearful lower realm space/time separation. I foresee that Mother/Father/God will soon honor Nature to preserve it, rather than cataclysmically end Earth-life as we’ve known it.

I’m optimistic because our separate 3D Earth-world of mental fears and sufferings is not chosen by Human free-will, nor Divinely planned. And, especially since miraculously surviving deadly taxicab rundown injuries at age eighty one, I’ve realized that Human souls have nothing to fear – EVER, because our illusionary perceived earth-life separation from ONE LOVE never happened.

While honoring all art and artists until we gratefully Awaken as ONE LOVE beyond time, I’ve shown how all musical art communicates deep feelings of instinctive perennial wisdom beyond words, by cantorially singing edited lyrics from “Till the End of Time”, a song composed in 1945 for the timeless music of Frederic Chopin’s Polonaise No.6, in A Flat-Major, Op. 53.

Similarly in today’s memoirs chapter I hereafter cantorially sing edited lyrics from “The Best Things In Life Are Free”, an often vocally or instrumentally performed 1927 “hit parade” song, which also communicates deep feelings of instinctive perennial wisdom beyond words. Please enjoy and listen below with an open heart.

And as you listen, consider the following perennial reasons why
“The Best Things In Life Are Forever FREE!”.

Ron’s Explanation of The Best Things In Life Are Forever FREE!

1) What Humans call “Life” is a mentally created concept in space and time.

“Space and time are not conditions in which we live,
they are modes in which we think.”
“The distinction between past, present, and future is only a stubbornly persistent illusion.”
“Our separation of each other is an optical illusion of consciousness.”
~ Albert Einstein

2) Time is a karmic illusion, of every incarnate human soul’s separation from its Source. Each human soul is an eternal being of LIGHT, which appears unique in time as a polarized and mentally created energy-entity:

The soul of man has been separated from its source,
wandering in exile in a strange land – “I am stranger on earth” (Psalm 119:19-20) –
ever yearning to return to that from which it first sprang,
and cleave to the Soul of all souls.”
~ Ba’al Shem Tov, Hasidic master

3) The human soul’s future in space and time is always subject to free-will karmic cause and effect.

“Every Cause has its Effect;
Every Effect has its Cause;
Everything happens according to Law;
Chance is but a name for Law not recognized;
There are many planes of causation,
But nothing escapes the Law.”
~ The Kybalion

4) In space and time, the soul persists Forever in form as a potentially infinitely expanding energy entity, until dissolved as formless into the Source Light of the Whole – of Mother/Father/God.

5) Psychological fear is the greatest impediment and deterrent to each soul’s evolution to ever ascending energy planes. Such inner fear subjects souls to thralldom by evil entities, which cannot survive in energies beyond illusionary fearful lower realm space/time separation from Source.

“Love is what we were born with.
Fear is what we learned here.
The spiritual journey is the relinquishment – or unlearning – of fear and the acceptance of love back into our hearts.”
~ Marianne Williamson

“[D]eep down, at our cores, there are only two emotions:
love and fear.
All positive emotions come from love,
all negative emotions from fear.
From love flows happiness, contentment, peace, and joy.
From fear comes anger, hate, anxiety and guilt.”
~ Elisabeth Kubler-Ross & David Kessler

6) The unique key for each soul’s transcendence of fear is found only Within each One’s Heart – within the One Creator.

You have to keep breaking your heart until it opens.”
“The wound is the place where the Light enters you.”
~ Rumi

7) Until dissolved as formless ONENESS, each soul is a multi-dimensional fractal hologram, appearing infinitely in form.

“There is an endless net of threads throughout the universe.
The horizontal threads are in space.
The vertical threads are in time.
At every crossing of the threads, there is an individual.
And every individual is a crystal bead.
And every crystal bead reflects not only the light  from every other crystal in the net,
but also every other reflection throughout the entire universe.”
~ Indra’s Net – from the Vedas of Ancient India, 7000 years old

Objective reality does not exist” ….
“the universe is fundamentally a gigantic … hologram”
~ David Bohm

8) Ultimately, Humanity’s illusionary perceived earth-life separation from ONE LOVE never happened. So we’ve nothing to fear – EVER.

“Nothing Real can be threatened.
Nothing unreal exists.
Herein lies the peace of God.”
~ A Course In Miracles

Ron’s Recitation of The Best Things In Life Are FREE!* 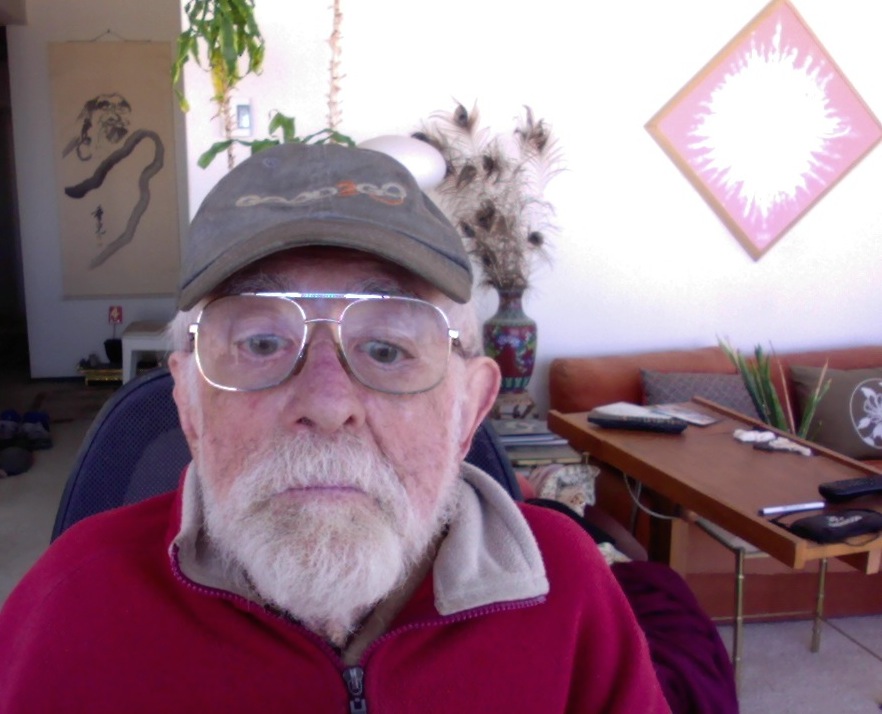 The Best Things In Life Are FREE!*

The flowers in spring, the robins that sing
The moonbeams that shine
They’re yours, they’re mine

And so may it FOREVER be!


*Footnote From the 1927 play “Good News”, with music by Ray Henderson and lyrics by Buddy DeSylva and Lew Brown.