“The ego cannot be done away with. As long as ‘I-consciousness’ exists, living beings and the universe must also exist.
After realizing God, one sees that, it is He Himself
who has become the universe and the living beings.”
~ Sri Ramakrishna Paramahamsa

“The ego does not vanish altogether. The man coming down from samādhi perceives that it is Brahman that has become the ego, the universe, and all living beings.”
~ Sri Ramakrishna Paramahamsa

“All paths ultimately lead to the same Truth. But as long as God keeps the feeling of ego in us, it is easier to follow the path of love.”
~ Sri Ramakrishna Paramahamsa

“The ego cannot begot rid of; so let the rascal remain as the servant of God, the devotee of God.”
~ Sri Ramakrishna Paramahamsa 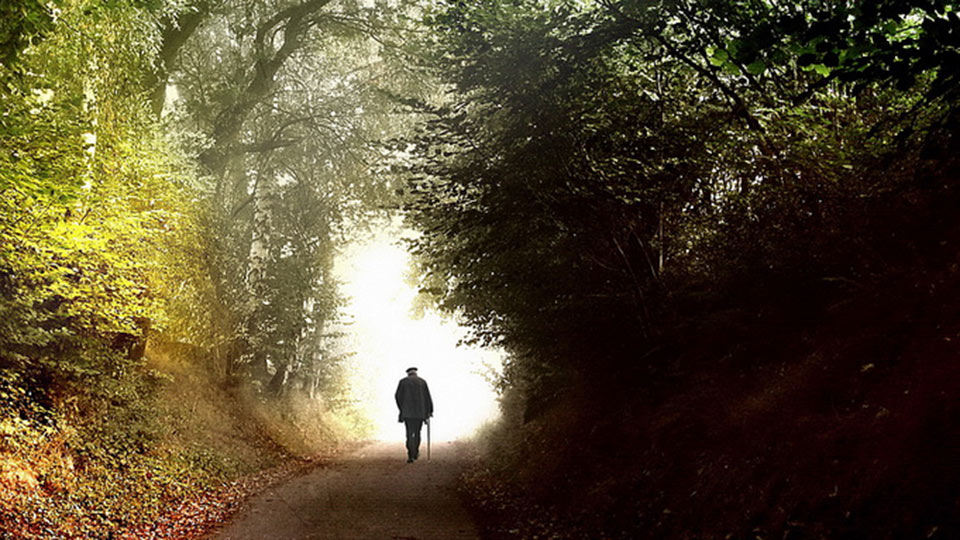 As Americans commemorate our founding fathers’ July 4th, 1776, declaration of political independence from tyrannical British rule, this memoirs chapter tells how at age 76, in 1976, I synchronistically discovered a profound inner ‘Spirit of ’76’ evolution process (still unfolding at almost age ninety) revealing how we shall transcend previously unimagined fearful ego-mind obstacles to enjoyment of a god-given happy life.

On New Year’s Eve 1974-5 I was blessed with a transformative out-of-body experience (OOB), which impelled my relentless investigation of its profound meaning. Until then, like most Westerners, I self-identified only with my mortal physical body, its thoughts and story, and assumed that inevitable bodily death would forever end my life.

However in spring 1976, at age seventy six my quest for meaning of that OOB was suddenly rewarded by an extraordinary and spontaneous aha spiritual rebirth and re-awakening experience, which forever changed my Self-identity and reality paradigms. And it began a profound spiritual-evolution process, revealing previously unimagined and continuing discoveries which are still unfolding at almost age ninety.

Synchronistically my spiritual awakening at age 76 happened during the auspicious 1976 bicentennial commemorations of the 1776 American Declaration of Independence which widely celebrated “The Spirit Of ’76” .

On July 4, 1776, thirteen American colonies declared their independence from British royal rule, in an historic document inspired by Thomas Paine’s Quaker philosophy and written by Thomas Jefferson. The Declaration of Independence morally proclaimed that under “the laws of nature and of nature’s God” government is established by people to secure their “Life, Liberty and . . pursuit of Happiness”, and is to be overthrown as illegitimate if it no longer does that.

“promised to lead America—and other nations on the globe—into a new era of freedom. The revolution begun by Americans on July 4, 1776, would never end. It would inspire all peoples living under the burden of oppression and ignorance to open their eyes to the rights of mankind, to overturn the power of tyrants, and to declare the triumph of equality over inequality.”

Thus the Declaration unequivocally affirmed the inherent god-given human right to “Life, Liberty, and Happiness”. Though it emphasized outer liberty from immoral and inequitable political oppression, it’s spiritual philosophy also includes perpetual freedom from inner oppression, because (as Thomas Payne revealed) “our greatest enemies . . . are within.”

My Inner Spirit Of ’76 Discoveries

Synchronistically, at age 76 in 1976 I began discovering within that:

3) In space/time everything is energy [e=Mc2] appearing and disappearing within universal consciousness. But most humans mistakenly identify only with their thoughts, instead of their consciousness of those thoughts, and don’t realize that in Reality we are consciousness disguised as persons.

4) Because we mistakenly think that we’re only individual persons or entities separate from each other and Nature, we ‘create’ an illusory reality with our ever changing thoughts, words and behaviors.

5) Our self-identification with thought is ego. Ego-mind ideas about supposed separate self-identity and reality inescapably subject us to to the karmic law of cause and effect, whereby “every action, every thought, reaps its own corresponding rewards” – either joy or suffering. Thus ego-mind self-identification metaphorically confines us in psychological prisons in which suffering is inevitable, and which restrict realization of our infinite potentialities.

6) As long as humans choose to physically incarnate on Earth some separate ego-identity is inevitable and unavoidable.

7) Such Earthly ego-identity can be either harmful or helpful:
Egos are harmful when they are fearful, selfish, materialistic, or hedonistic; but when we fearlessly devote our precious human lives to serving others our egos are helpful. (Eg. see Bhagavad Gita, Chapter 6:05-6)

8) Maintaining a helpful ego of service or devotion to God in our chosen worldly activities is highly desirable. Helpful ego-minds quicken our transcendence from cause and effect earthly sufferings; but harmful ego-minds prolong such sufferings.

9) Thus, I’ve discovered (in the Spirit of ’76) that harmful and fearful inner ego-minds can be “our greatest enemies” by preventing our realization and enjoyment of innate human freedom from inner oppression. However, the energy frequency of LOVE always eradicates and dissipates fear as an assured antidote to fearful ego-minds.

10) So as fearless servants and instruments of Divine LOVE we are invariably destined to ultimately enjoy our innate God-given freedom from all inner-ego oppression.

The energy of Divine LOVE always prevails over fearful energy. So as instruments and servants of God, we will invariably evolve human consciousness –beyond our mistakenly perceived separation from each other– by fearlessly realizing and actualizing our common Oneness with all Life as LOVE.

This memoirs posting is dedicated to hastening that transformation until we have merged and melted into ONE Universal Awareness – as Divine LOVE.

Thus may we always BE and pray:

Infuse us, enthuse us, and use us, to bless all life as Love!”