“The identification of pure awareness with the mind and its creations
causes the [mistaken] apprehension of both an objective world
and a [separate] perceiver of it.”
~ Patanjali – Yoga Sutras

“A wise man, recognizing that the world is but an illusion,
does not act as if it is real,  so he escapes the suffering.”
~ Buddha

Lofty intentions fuel our ascensions
to higher dimensions.
So, always aspire to be ever higher.
~ Ron Rattner, Sutra Sayings 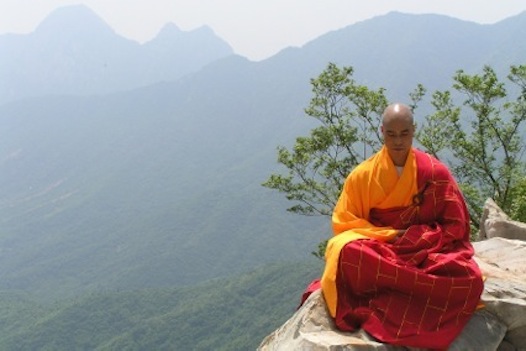 Importance of Transformation is explained in comments after the poetic verses.

Please consider and enjoy this posting.

So, elevation
of vibration
of creation

brings transformation
and transfiguration
of manifestation.

Most SillySutras postings are intended to help us live ever happier, loving, and more peaceful lives. Without emphasis on any path or teacher, they are aimed at inspiring our spiritual evolution or transformation from humanity toward Divinity – our experience of highest human potentiality – while we still mentally self-identify as mortals separate from each other and Nature.

Though very rare awakened Buddha-like beings may have completed the transformation from Humanity to Divinity – from human consciousness to superconsciousness – the overwhelmingly vast majority of Humankind are still spiritually evolving and experientially learning and remembering our true Divine Self-identity.

Mystics tell us that our beautiful planet Earth is an ever impermanent and illusory mental reality created by our behavior and thoughts.

Ancient shamans, seers, and indigenous societies have intuitively known for millennia that there is a cosmic web of life connecting everything and everyone in Nature – from the greatest galaxies to the tiniest sub-atomic particles; that we are each an integral inter-connected part of Nature’s web of life – not separate from it; and that,
as Albert Einstein observed:


Though Einstein’s insights revolutionized our scientific understanding of space/time “reality”, most humans haven’t yet changed their way of thinking about such “reality”.

Until now, most Humankind have mistakenly kept behaving as if separated from each other and Nature, and not part of it.   This behavior has resulted in continuing selfishness, cruelty, wars and unsustainable and disharmonious exploitation of each other and our beautiful planet.

Depending on whether we are in harmony or dis-harmony with Nature, our thoughts and behaviors either hasten or impede our spiritual evolution and transformation.

Ever mindful of our connection with all Life on our precious planet,
let us act with harmonious loving-kindness and compassion for all beings and lifeforms.

Ever mindful that Nature is our nature,
let us see and cherish Nature in everything and everyone.

Ever mindful that Nature – not ego – is the sole space/time Doer,
more and more let us choose to let go of ego, and

Let Life live us as LOVE!

“Knowing others is wisdom,
knowing your Self is enlightenment.”
~ Lao Tzu 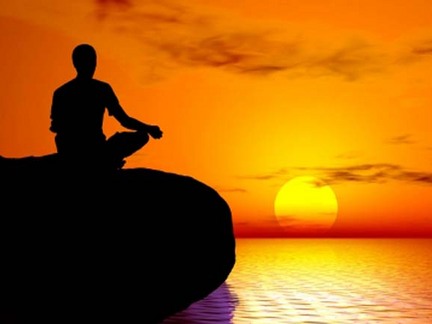 “There is no enlightenment outside of daily life.”
~ Thich Nhat Hanh

“There are many paths to enlightenment.
Be sure to take one with a heart.”
~ Lao Tzu

“According to Vedanta, there are only two symptoms of enlightenment, just two indications that a transformation is taking place within you toward a higher consciousness. The first symptom is that you stop worrying. Things don’t bother you anymore. You become light-hearted and full of joy. The second symptom is that you encounter more and more meaningful coincidences in your life, more and more synchronicities. And this accelerates to the point where you actually experience the miraculous.”
~ Deepak Chopra (Synchrodestiny)

“The word enlightenment conjures up the idea of some superhuman accomplishment, and the ego likes to keep it that way, but it is simply our natural state of felt oneness with being. It is a state of connectedness with something immeasurable and indestructible, something that, almost paradoxically, is essentially you and yet much greater than you. It is finding true your true nature beyond name and form. The inability to feel this connectedness gives rise to the illusion of separation, from yourself and from the world around you. You then perceive yourself, consciously or unconsciously, as an isolated fragment. Fear arises, and conflicts within and without become the norm.”
~ Eckhart Tolle, Practicing the Power of Now

I am privileged to share with you today the foregoing key quotations from spiritual teachers about the perennial process of inner illumination – or “enlightenment”.

In memoirs titled “Transcending Transcendence” I’ve told about my conscious pursuit of “enlightenment” as a spiritual goal, until gradually I abandoned goal oriented spiritual seeking, and – as “An Uncertain Undo” – intuitively began surrendering to the Infinite, with more and more heartfelt faith in The Lone Arranger.

I realized that “enlightenment” is only a word – a mere mental concept with different meanings for different people.  So I determined that in this illusory world “enlightenment” is not an ultimate destination, but a perpetual evolutionary process; that beyond space/time/causality ‘reality’ there are no concepts – only ineffable Mystery.

As a spiritually unenlightened “Uncertain Undo”, I’ve ‘heretically’ decided that Suzuki Roshi was right in observing that

In my view incarnation is limitation.  So no completely “enlightened” person can manifest all infinite aspects of non-duality Reality – of limitless LOVE.  Therefore, as a devotional non-dualist, I’ve decided that Nisargadatta Maharaj was paradoxically right in saying that in this illusory world:

“There is no such thing as enlightenment,
the realization of that fact is itself enlightenment.”
~ Nisargadatta Maharaj

I respectfully suggest that – except for rare Avatars, Buddhas or Bodhisattvas – we all appear here on the Earth Branch of the great Cosmic University to evolve spiritually by learning LOVE and being LOVE; and that in this ever impermanent space time “reality” our challenge is to skillfully stay in harmony with always changing energy – whether perceptible or imperceptible; that as times change our “enlightened” behaviors must change; that historically enlightened behaviors may not still be appropriate in this modern age of mental malaise.

For me perpetual change challenges us to always live life presently – ‘in the zone’ – by constantly responding appropriately, skillfully and spontaneously to ever changing earth energies.  So we are learning to experience life spontaneously, like skilled master musicians in a jam session – always harmoniously responding or blending with each sensed musical sound or soundless space.

But if we had mastered that “enlightened” process of always being ‘in the zone’, we wouldn’t be here.  Consider these apt quotes from popular spiritual authors:

“If you’re not dead yet,
you’re not done yet.”
~ Elizabeth Gilbert (quoting her mother)

As long as we incarnate on Earth, participation in the “enlightenment” process entails learning mindfully “to let go, and go with the flow” – and to “leave it to the Lone Arranger.”   Moreover, active pursuit of “enlightenment” can become a subtle ego trap, to be averted.  So it’s best to surrender because:

“What you seek is seeking you.”
~ Rumi

Thus, while ever honoring my beloved Guruji as a guiding and inspiring ‘outer authority’, I’ve more and more relied on inner intuitive authority while experiencing the earth-life “enlightenment” process.  And such reliance has brought an ever happier life.

Knowingly or unknowingly we are all on a spiritual path to discover within our true Self identity – which ‘is seeking us’.  So these comments are offered to help us realize ever increasing inner happiness by finding and following our Sacred Heart.