“Wait for me here by the way,
whilst I go and preach to my little sisters the birds.”
~ St. Francis of Assisi, Little Flowers of St. Francis

“All things are our relatives;
what we do to everything, we do to ourselves.
All is really One.”
~ Black Elk, Oglala Sioux

“At the center of the Universe dwells the Great Spirit and —
this center is really everywhere, it is within each of us.”
~ Black Elk, Oglala Sioux

“We did not weave the web of life.
We are merely strands in it.
All things are bound together. All things connect.”
~ Chief Seattle 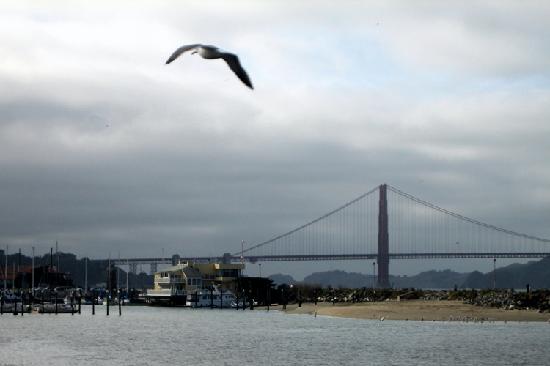 After living alone for over forty years, I cannot remember any recent time when I’ve felt lonely or bored.  Though I very much enjoy and require regular interactions with people, animals and nature, I’m invariably happy and savor solitude whenever I am alone at home.

While gazing at that delightful scene in a ‘spaced out’ state and uninhibited by ordinary limiting beliefs about “reality”, I silently and spontaneously asked the sea gull:

My communication and communion experience with the sea gull happened because I was in an elevated, open-hearted, and intuitive state of consciousness uninhibited by ordinary limiting beliefs about “reality”, and about our apparent separation from other life-forms.